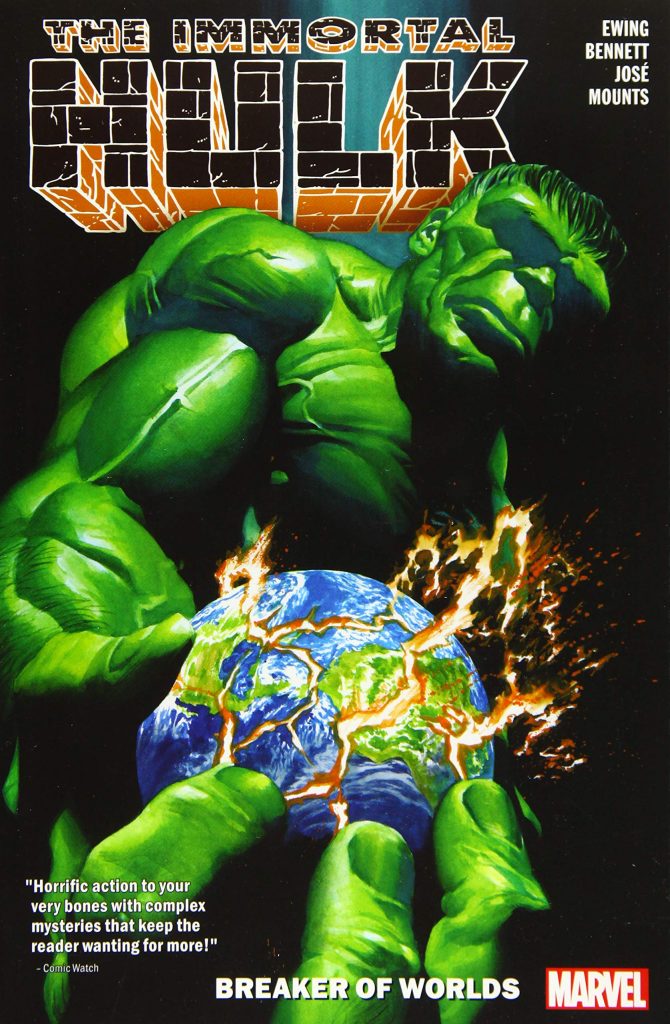 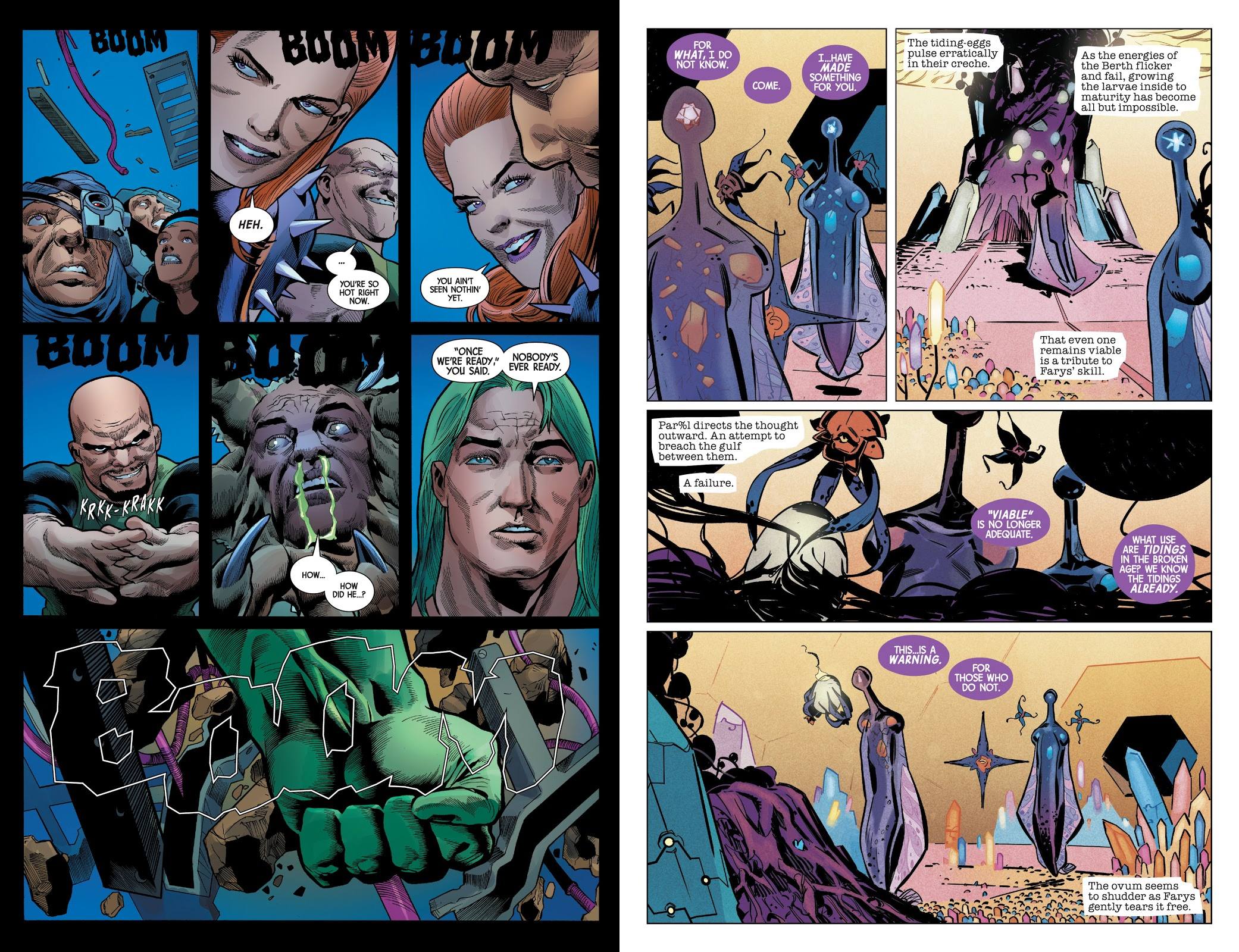 While Al Ewing and Joe Bennett have thrown several threats against the Hulk since the start of their run, most have been controlled, initially at least, by Major General Fortean, who sees himself the protector of humanity. He’s very much from the school of breaking a few eggs to make an omelette, and so it’s the bigger picture that concerns him, while individuals are just people who get in the way. He’s constructed as irredeemably hateful, a monster comparable to the worst gamma creation yet a man who considers himself a patriot. Over an opening chapter nicely drawn by Ryan Bodenheim we learn how he perverts the lessons people have tried to teach him, while watching him carry out a mission personally.

Joe Bennett draws the middle section’s ultimately conventional superhero slugfest. Interesting ideas populate the combat, but visually it’s the most traditional Hulk Ewing and Bennett have produced to date. That’s possibly because Ewing knows where he’s heading next. For a fair while Fortean’s name has seemed a random application, but starting with Abomination Ewing has been filtering in more topics that could be described as Fortean, the inexplicable and so the potentially impossible. This is in brief moments here and there, but as already seen in this series, such moments are likely to have later relevance. The ending to the penultimate chapter certainly shifts the ground extensively.

However, as good as the first four chapters are, Breaker of Worlds’ major talking point is an extended final chapter. Several times during the previous four Immortal Hulk graphic novels Ewing has referenced Alan Moore’s Swamp Thing, a profoundly influential series. It’s more obvious in some places than others, and blossoms in the final chapter with a deliberately difficult piece of science fiction relating to the volume title. On the one hand, so much science fiction deals with aliens in human terms, because that’s how we can understand ideas, yet should they exist, aliens will surely be aliens who don’t consider matters in human terms. Ewing extrapolates that version, building a society we can only understand in parts, intuitively joining some dots. It’s ambitious and clever, but not easy reading, even after working through a second time, although there is clarity about how it ties into the Hulk’s continuity despite his barely being featured. It’s a glimpse at what he may become.

Germán García’s abstracted version of an alien society is conceptually enticing, switching between the familiar fiction of a distant spacecraft to an entirely unfamiliar world. The results of what he and Ewing supply are polarising. It’s imaginative, intelligent and imposing, but at the cost of being frequently unfathomable. There’s no creative duty to provide an easy read, but wandering so far off the map will alienate a fair proportion of the readership. Ewing’s smart enough to know this, the entire chapter a calling card for that, yet did it anyway. It’s a brave decision.

This is found combined with the following We Believe in Bruce Banner and other material in the second Immortal Hulk Omnibus, and with that alone in hardcover as The Immortal Hulk Volume 3. 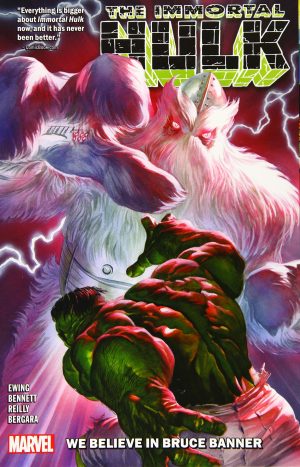 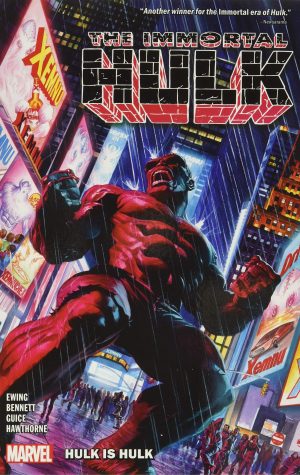 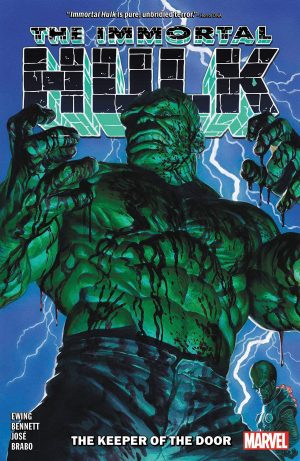 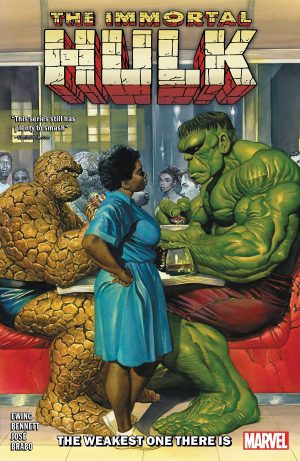