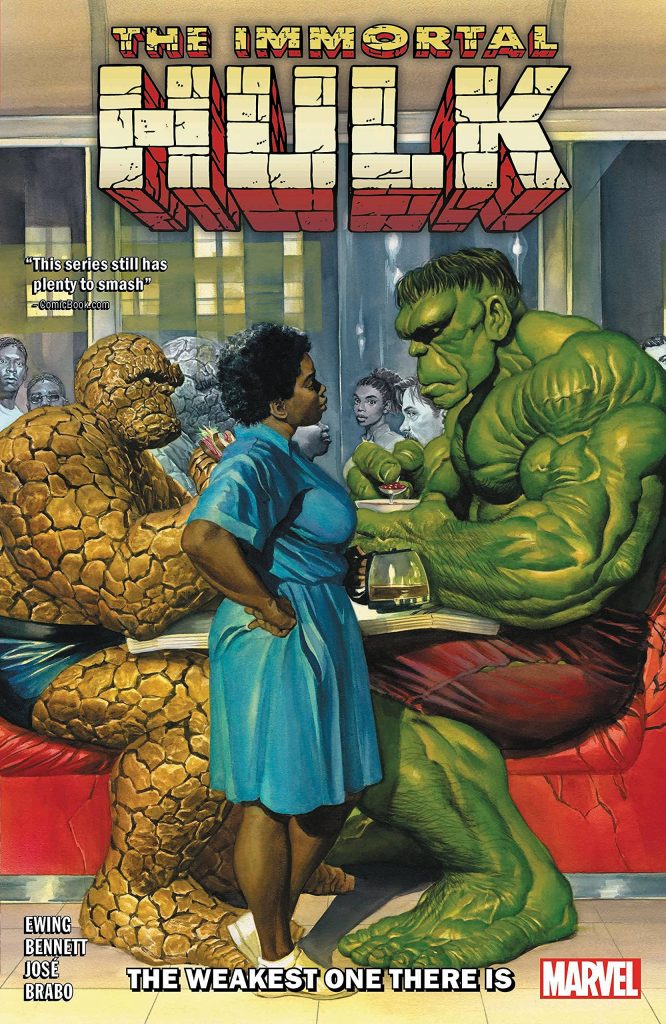 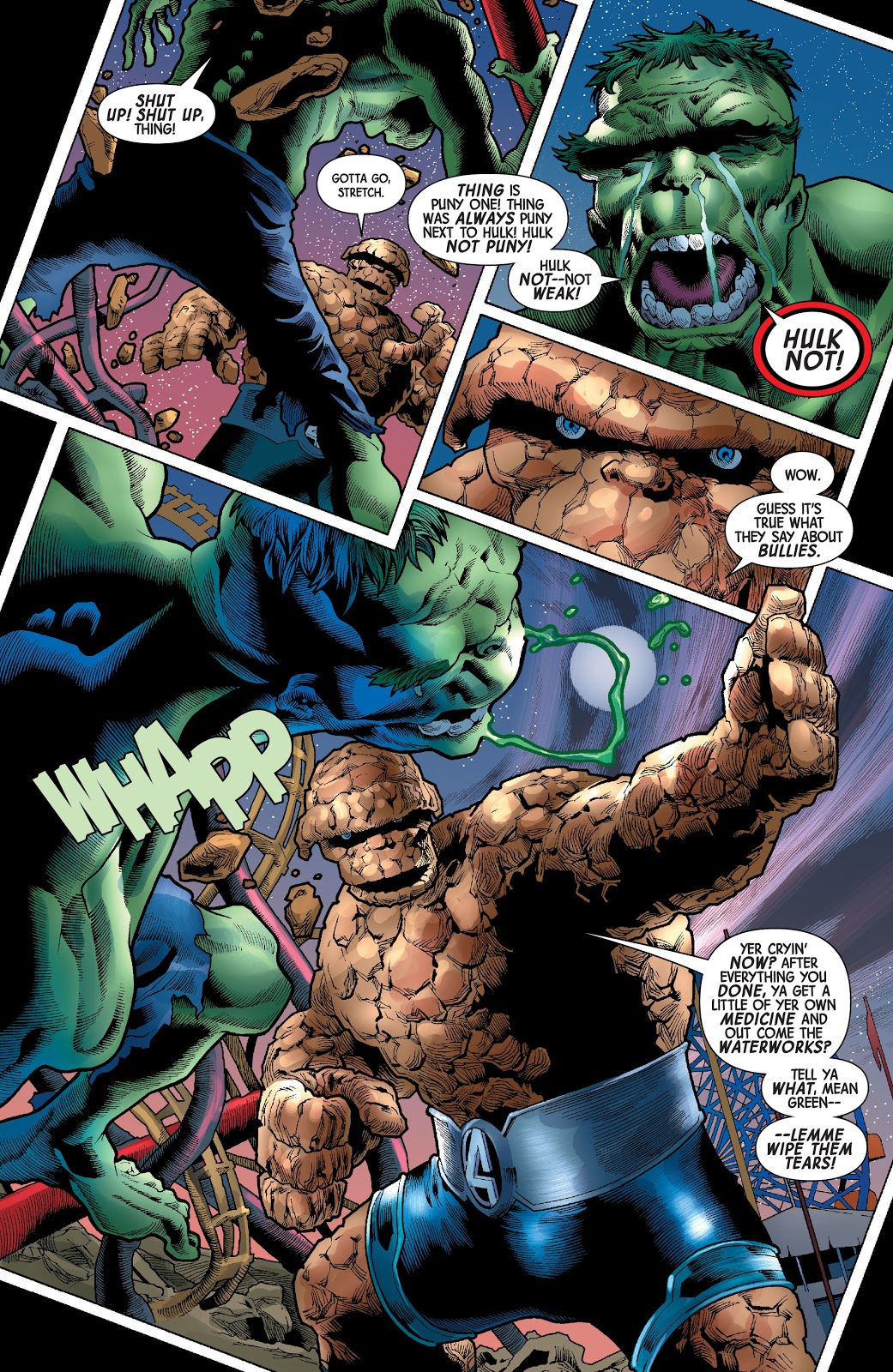 If there’s been any doubt that Al Ewing’s using the Immortal Hulk series to present his version of all fundamental touchstones associated with the Hulk, that disappears on seeing the Thing over the early pages. After all, isn’t Hulk vs. Thing always a classic?

We actually saw Benjamin Grimm at the end of The Keeper of the Door, unaware of the changes Hulk’s been going through, and as now might be expected from Ewing, this is a Hulk vs. Thing battle like no other. Genuinely. However, by Ewing’s standards this is a surprisingly ordinary volume. There are things he’s moving into place for his finale in Of Hell and Death, and those are all interesting, but the mechanics of moving them into place means he needs the Hulk occupied for a while. As the U-Foes would rank among the Hulk’s major villains and Ewing’s not used them yet, they provide the means of occupying the Hulk, but while it’s not going through the motions, neither is it startling, and the interest stems from what the supporting cast are up to. Shaman is well used, and there’s more prolonged nastiness from one Henry Gyrich.

A panel of Joe Bennett’s art for Joe Fixit on the loose in New York provoked a fierce critical backlash. Information about the controversy is easily found, and you can choose to believe Bennett’s explanation or not, but that panel has been replaced. Bennett provides his usual phenomenally good action, and the sheer amount of detail on some of his spreads takes the breath away. What the Hulk in all his incarnations is experiencing is a version of Hell, and Bennett spares us very little. A few other artists contribute to short sequences featuring the supporting cast during the opening chapter, and while the difference in style is noticeable, that’s been a feature of this series from the beginning. Bennett provides yet another great pin-up page to end the collection.

Ewing slightly below form is still something to relish, and given what Immortal Hulk has provided to date, one slight dip is no cause for concern. 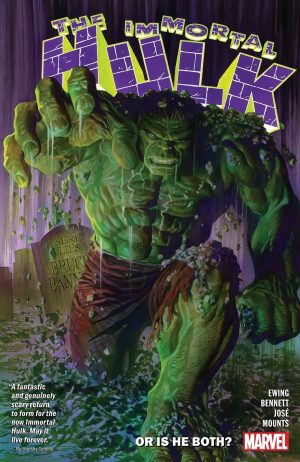 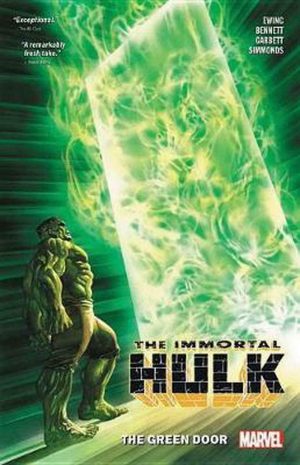 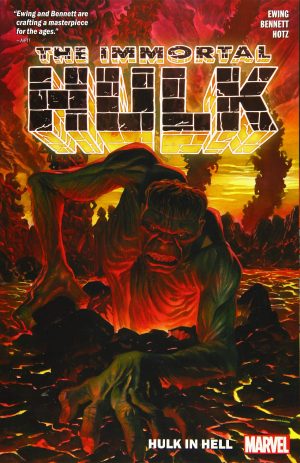 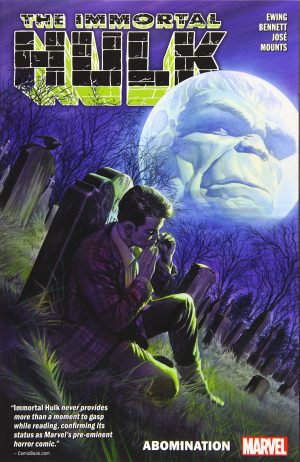