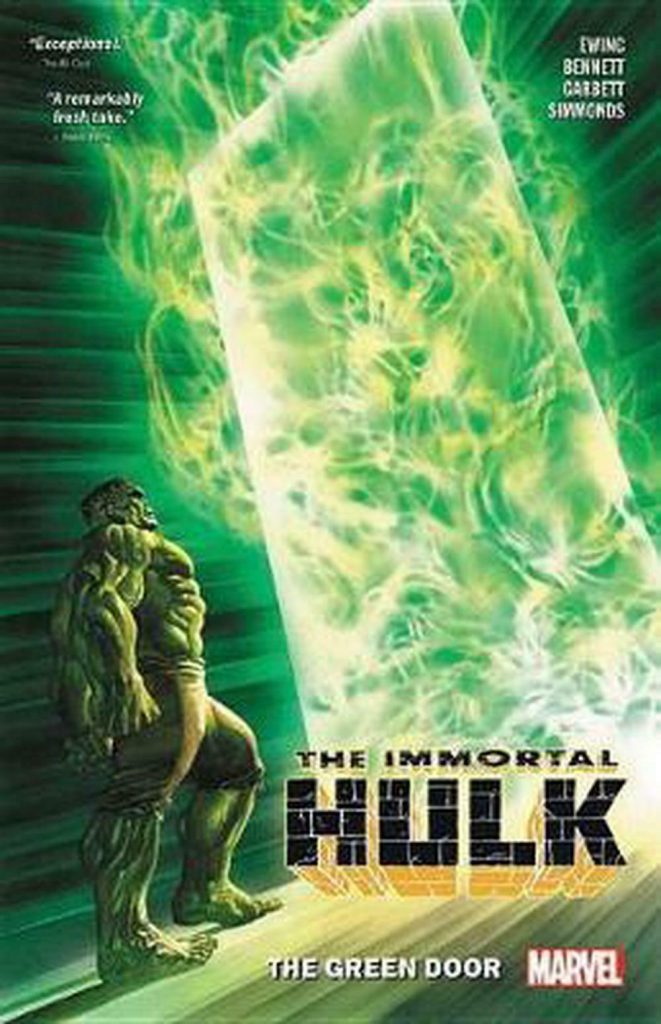 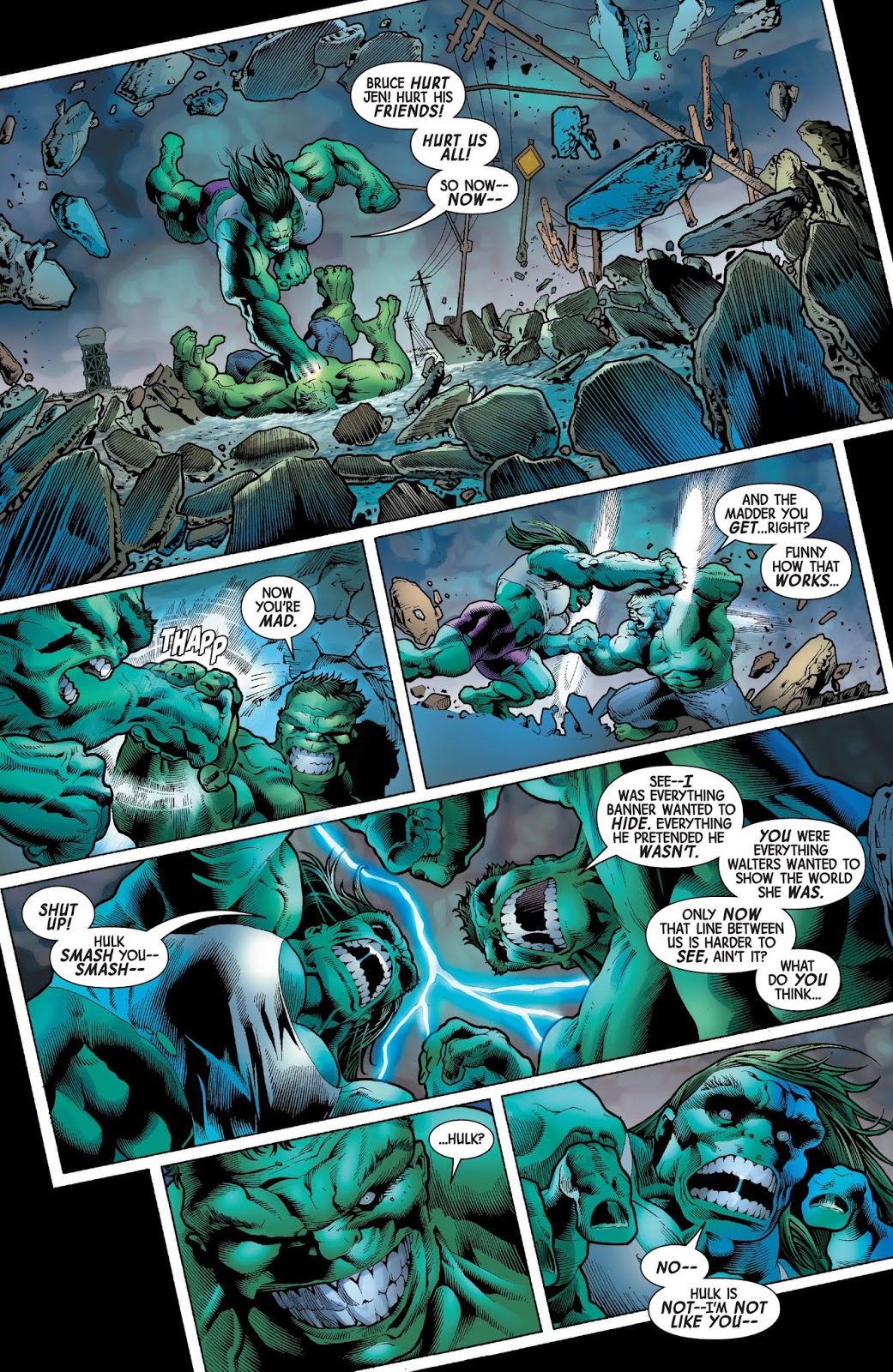 Or Is He Both? began Al Ewing’s interpretation of the Hulk incredibly, so it may seem disappointing to note that The Green Door starts in more familiar territory when the Avengers come calling. The battle between them is something we’ve seen before, although very nicely drawn by Joe Bennett, but the purpose is Ewing showing why this version of the Hulk is different. In pure strength levels he takes out Iron Man in one punch, gives Thor something to think about and points out the hypocrisy of his being considered a danger considering what a mentally altered Captain America has recently been up to (see Secret Empire). It ends with a phenomenally compromised decision and moves into a story in which Ewing and Bennett present the Hulk as you’ve never seen him before. No lie, no exaggeration and no more imaginary than any other Hulk story.

Whereas Or Is He Both? Largely kept the Hulk away from the wonders of the Marvel universe, The Green Door immerses him fully in it. Ewing’s been clever from the start, gradually introducing more and more individuals and organisations, and few of them appear to just fed in for the short term. The world has fuctioned without Banner for some while, which has given shadowy organisations operating in the name of protection time to generate sxtra defence capabilities. Given the nature of those running such organisations, these ride roughshod over individual freedoms, the shining banner of righteousness permitting any atrocity, because, hey, these are the good guys keeping us safe.

That’s the topic of the most memorable chapter, the middle one here, a perverse echo of Alan Moore’s 1980s redefinition of Swamp Thing. It introduces something new to the Hulk, perhaps controversially, but it may be just applicable to this incarnation, tied into other aspects of what Ewing’s brewing. Either way, it makes for some great unexpected justice.

As before, artists other than Joe Bennett are seen, and this time the synthesis isn’t as successful. Lee Garbett’s solo outing is fine, but alternating Bennett’s complete and polished pages with those featuring the looser style of Martin Simmonds is just plain messy. Either artist all the way through would have been fine. Ewing surprises with something in every chapter, but this isn’t quite the shocker of the previous volume, and the relevance of the title is only revealed in the final few pages leading to Hulk in Hell. Thankfully Shakin’ Stevens is nowhere to be seen.

This is also available combined in hardcover with the previous work as Immortal Hulk Volume 1, and with that and Hulk in Hell as the first Immortal Hulk Omnibus.