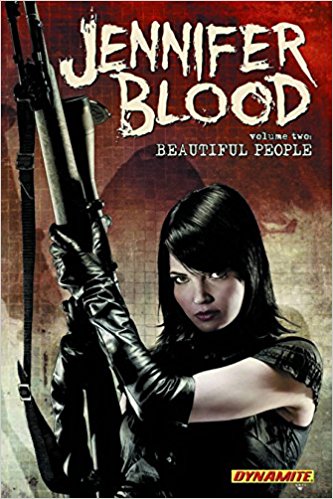 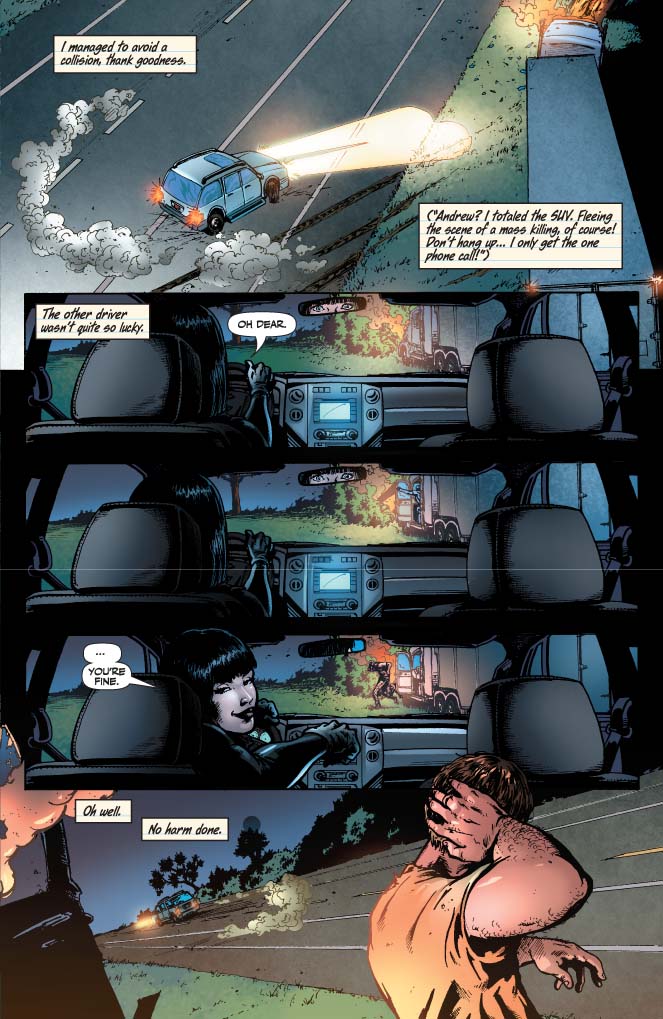 Jennifer Blood returns in volume two of the self-titled series as she tries to wrap up her killing spree and resume a normal life. However, it’s proving harder than expected for her to drop her murderous persona as the police, some grieving parents, an avenging personal army, a certain bondage-obsessed neighbour who knows her secret, and even her own son threaten to uncover her dark secret.

Gory and garish as before, Beautiful People continues to show some particularly grotesque moments (several eye gouges and popping to name a few) as Jennifer Blood tries to wash the blood from her hands. However, in a bid to cover her tracks the protagonist, or antagonist really, falls deeper into the world of crime. Amidst the intense violence however is a mix of comedy, particularly from sex pest neighbour Jack, who ends up siding with Jennifer on her fight against crime. Unbeknown to him however, is that gullible Jack is yet another pawn in Jennifer’s plan to clean her blood-stained slate.

There’s a new creative team on board with Al Ewing taking over writing, and for the most part Kewbar Baal working on the art. Despite the change however, the story itself flows well from the last. Ewing opens up a larger narrative with more characters, and in doing so casts Jennifer less as an anti-hero and more as a villain. As she tries to protect herself at any cost, the price she pays is her family who throughout the series are pushed further and further away from her dangerous alternative life. Having giving up on guilt, she continues to murder and lie. Under Garth Ennis she killed bad guys for a purpose, but Ewing has her kill anyone out of a twisted need to survive. It is an interesting development of her character and questions what kind of outcome the readers want. Does she deserve a normal, happy life or is she too far gone?

Baal’s artwork is not dramatically different from the previous volume, where he was one of several artists on board. It maintains the bright, overly suburban look of Jennifer as a housewife and contrasts it with the gory, hyper-violent world of her alter-ego. There are torture scenes, explosions, machine gun face-offs, everything you have come to expect in the warped world of Jennifer Blood.

Overall, Beautiful People is a good continuation from A Woman’s Work is Never Done, building upon many of the relationships and returning to seemingly minor incidents that cause major problems for her. As the detectives hunt down the mystery assassin and her secret identity is on the line, Jennifer ups the anti-hero to full blown evil mastermind in a bid to shake off the blood on her hands. If action, dark humour and lots and lots of gore is what you are after, Jennifer Blood is packed to the brim with it all. It definitely isn’t for the faint-hearted, or one to read over dinner however. Neither Tarnished Nor Afraid follows. 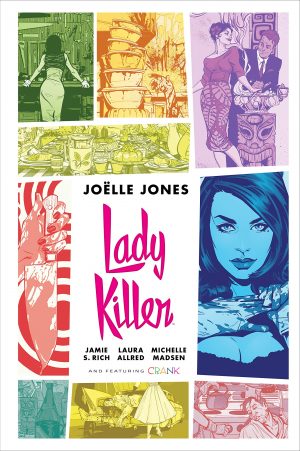