The Immortal Hulk: Of Hell and Death 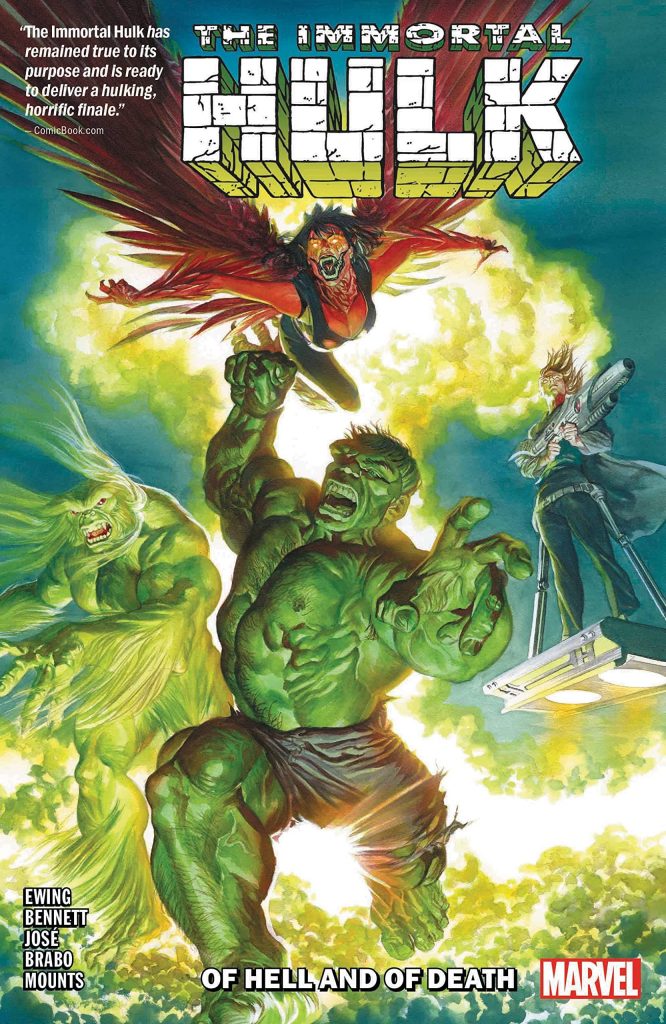 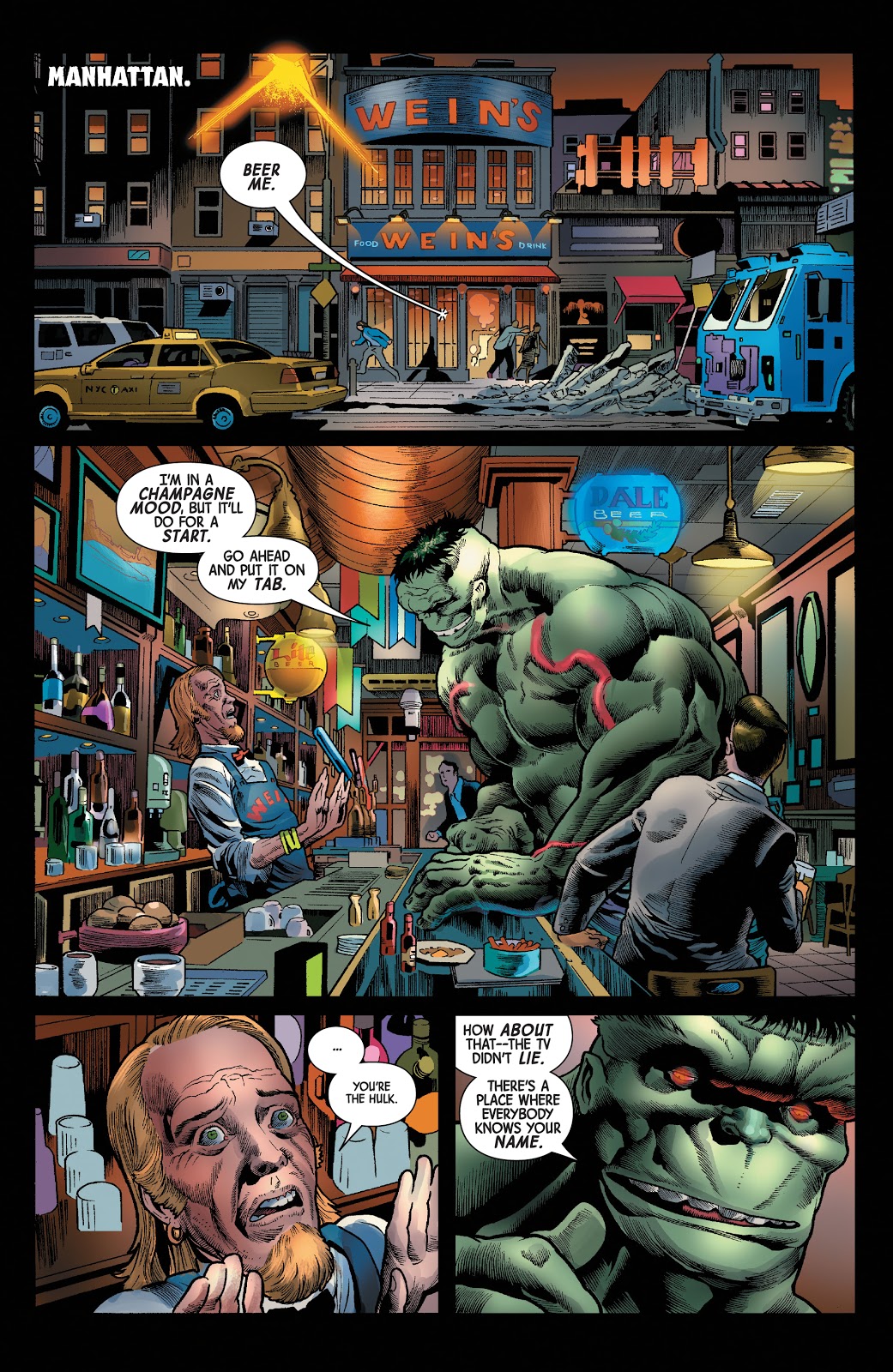 Of Hell and Death completes Al Ewing’s weird and wonderful look at the Hulk, a once in a generation combination of innovation and quality, and the door is shut in style.

The Weakest One There Is saw the Leader’s masterplan unveil, several gamma-powered beings end up with their intelligences in the wrong bodies, and the Hulk didn’t fare well against the U-Foes. That changed by the end. With the Hulk seemingly holding all the cards again, so Henry Gyrich, taking the Thunderbolt Ross role of the predator blinded to the cost of their action, calls in the Avengers. The result is a Hulk versus Thor battle like you’ve never seen.

Ewing’s achievement here isn’t just in completing his story logically and thrillingly. It isn’t even just that he achieves it while including almost every character of relevance used in the series to date, it’s that he throws in several others and gives them all a meaningful moment. It’s also relevant that he’s still offering new insights into the Hulk and Bruce Banner, including the best reconciliation scene you’ve ever read in comics, both funny and poignant. Ewing switches the narrative between characters for different chapters, and what others experience and believe is further enlightening.

It’s only natural that the finale is the Hulk’s showdown with the Leader, perhaps surprisingly accompanied by journalist Jackie McGee. Before then Joe Bennett’s art has been pulse-pounding, and he steps that up a notch for the penultimate chapter, which is told entirely in pin-ups and captions with a massive cast.

For all the action over the opening chapters, for the extended conclusion Ewing returns to a blend of action and contemplation, which is where his Immortal Hulk has always been strongest. This time he delivers a pontification on evil, and it’s essentially the devil (although not named as such) scheming away. Ewing frames the story in both conventional spiritual terms and via previously unrevealed events deep in the past, and delivers the many moods of the Hulk in microcosm over eighty pages. There are moments where the convenience is too great, and where the ideas seem to push out the story, but ultimately it’s ideas that propel it, and like all the best stories, those ideas remain for readers to mull over and build on. How much reflects on greater humanity? A foundation of both superheroes and horror is confrontation, and there is a confrontation as Ewing and Bennett bow out, but it’s unpredictable, thoughtful, thought-provoking and memorable with very little smashing involved. Ewing has redefined what can be covered within the scope of a mainstream superhero project, and has left one of Marvel’s mainstays considerably and brilliantly altered.

If you’re considering buying this edition beware, as many copies of the first printing had an eight page fold-out inserted in the wrong place, meaning the final chapter doesn’t read as intended. This was corrected for subsequent editions.