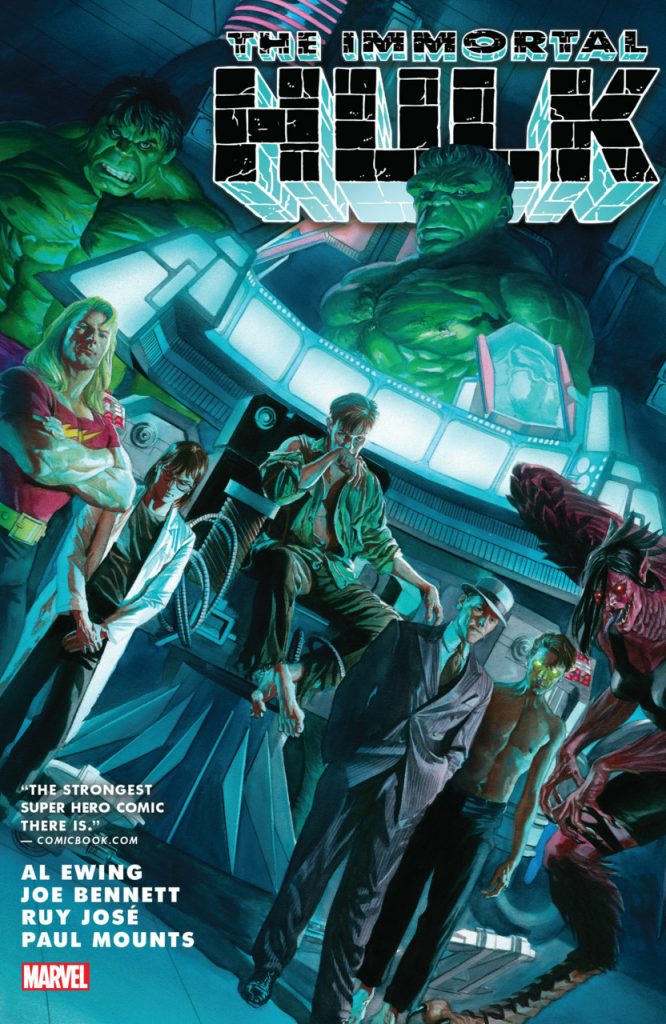 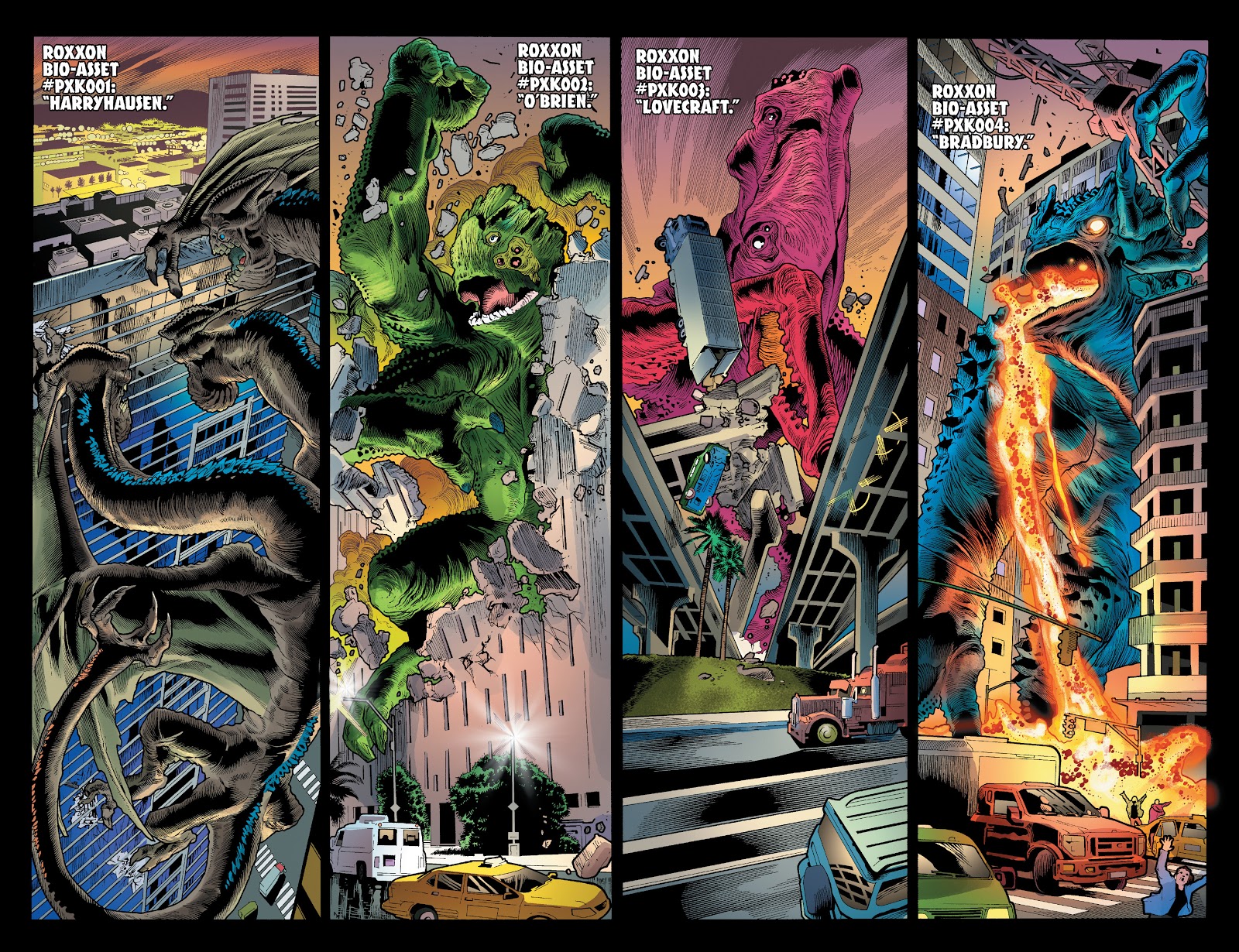 The content of this hardcover volume is game-changing for the Hulk. Al Ewing has already reconstituted what the Hulk can be, along with his potential in Volume 1, and does it again in a frankly difficult centrepiece chapter that’s probably the most intellectual Hulk story ever, as Ewing explains why the Hulk will become known as the Breaker of Worlds. This is extrapolated from the viewpoint of an alien society presented as different from humanity as possible while still being comprehensible in parts, although dots have to be joined. It’s ambitious and intelligent science fiction, but not universally accessible, again showing the influence of Alan Moore’s Swamp Thing run on Immortal Hulk.

Before that, though, there’s what ultimately proves to be the comparatively mundane business of General Fortean and his crusade against the Hulk. He’s determined the Hulk to be the world’s greatest danger and is single-mindedly obsessed with bringing the threat to an end. Any ethical concerns go out the window as he hones in on his target, and it takes the opening four chapters to deal with what he sets in motion. He proves a viable threat, which considering we’re dealing with the Hulk and his capabilities, is an achievement on Ewing’s part.

The bulk of the art over this thriller is by first choice Joe Bennett, who’s good, but as this is the most traditional Hulk style slugfest Ewing and Bennett have produced to date he’s not as distinctive as usual. If there’s any consideration standards may be slipping, though just take a look at his creations on the sample art. Toward the end of the book Ewing slips in his homage to Japanese monster movies, with a couple of neat additional creative nods besides, and Bennett’s art on this sequence is phenomenal.

A series characteristic is the inclusion of chapters or sequences drawn in a completely different style to Bennett’s pages, often written specifically as such, and Germán García provides the many pages of strange alien culture beautifully. He switches between traditional science fiction art and the completely unfamiliar, reflecting the culture, and in places slips into abstractions. It’s a difficult tale to interpret, and García manages well. Ryan Bodenheim’s on standard territory exploring how General Fortean became the lunatic he is, smartly written by Ewing to show him taking the wrong lessons as his career progresses.

By the time Tom Reilly and Matiás Bergara illustrate a chapter, we’re onto a different story, and they’re a chalk and cheese combination, Reilly supplying the ordinary world of a disenchanted security guard, and Bergara the contrasting lunacy of the Roxxon CEO. Ewing has a valid point to make about corporate greed at the expense of the greater good, but the opening satire isn’t as subtle as we might expect from him. Bruce Banner decides to take a stand for the greater good by handing out his punishment to immoral corporations who constantly avoid legal justice.

Packing a ten chapter run together, Immortal Hulk Volume 3 isn’t the strongest of these hardbacks to date, but it is very good in showcasing an admirable storytelling diversity and a willingness to take a mainstream Marvel title into entirely new territory. Volume 4 supplies more of the same. If preferred, these stories can be found in paperback as Breaker of Worlds and We Believe in Bruce Banner. 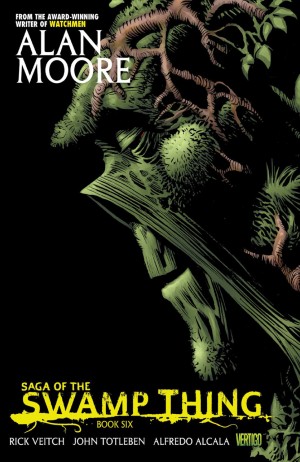