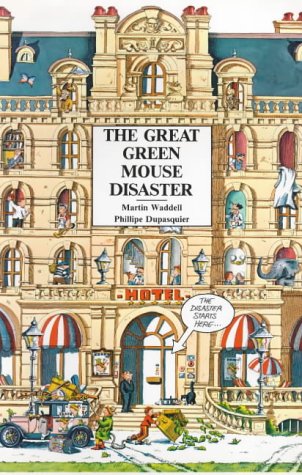 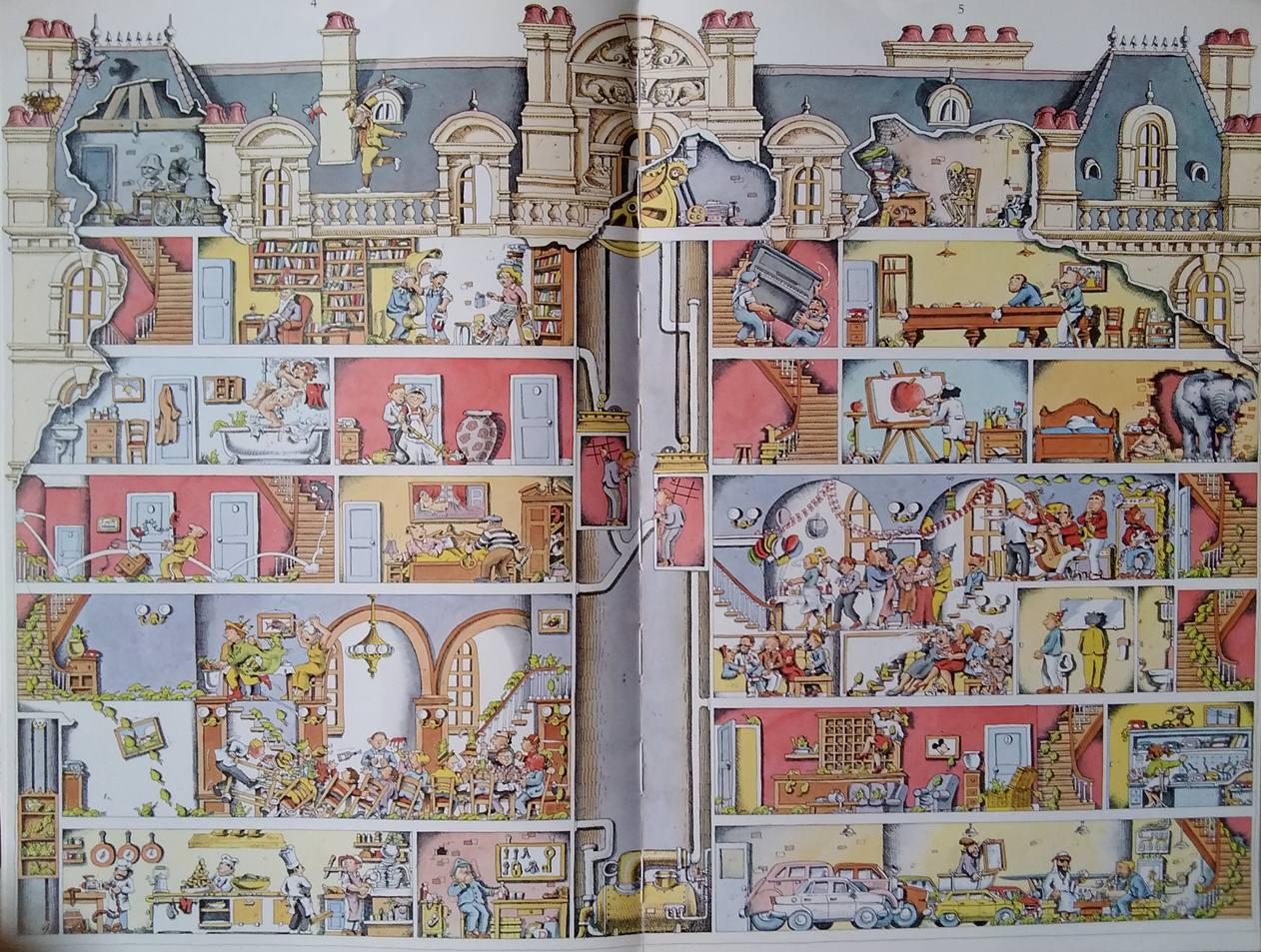 The Great Green Mouse Disaster is a beloved children’s book that more comic readers should be aware of, as it uses the techniques of comics despite never being marketed as a graphic novel. Even including the cover, which is the starting point, it runs to just over twenty wordless pages, but as drawn by Philippe Dupasquier what packed and consistently fascinating pages they are.

The cover shows a new arrival at a grand old hotel packed with eccentricities, like someone on the first floor with an elephant in their room. Note the burglar going about his business on the balcony of the same floor, the skeleton in the attic, and the old man attempting to net a butterfly. Especially pay attention to the young lad by the entrance tripping over a trailing rope and releasing dozens of green mice from a hamper. They rush into the hotel and each double page spread inside shows the continuing havoc they cause as they spread about it from floor to floor.

Martin Waddell’s long career writing children’s books began in the 1970s. He’s best known for the charming Little Bear series, but The Great Green Mouse Disaster enables him to release his inner slapstick comedian. He plots the fates of numerous characters throughout the story, which is best read by taking in the activities of a single person or a couple over the entire book, then returning to the start to follow someone else. Due to the immense effort of Dupasquier, those ten spreads are an incredibly dense read able to occupy adults for several hours spotting all the details, never mind children. Despite most being under an inch tall on the page the characters are full of life, each individually posed, or contorted if in trouble, clothed (except for the guy in the bath), each with an expression on their face.

During the course of the story there’s not an area of the hotel shown on the sample spread that’s not used, and such is the consideration that readers can even follow the bird seen on the top left flying away and returning with food for the babies.

Originally published in 1981, the most recent edition was issued in 1995, and while used copies on Amazon are priced high, they can be found more reasonably on other sites. A CD Rom game was also issued in 1995, and a run through of that can be found on You Tube, giving a flavour of the story. This is a delightful book for all ages, incredibly plotted and drawn. Oh yes, “Philippe” is wrongly spelled on the cover of the 1995 edition.