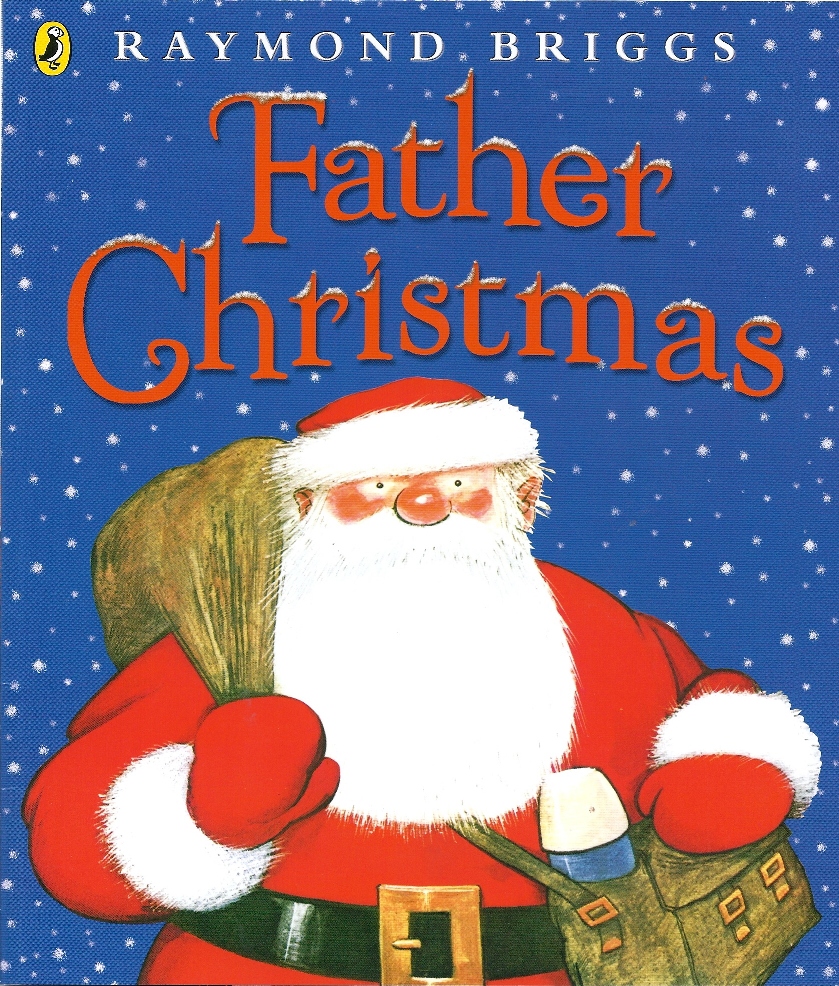 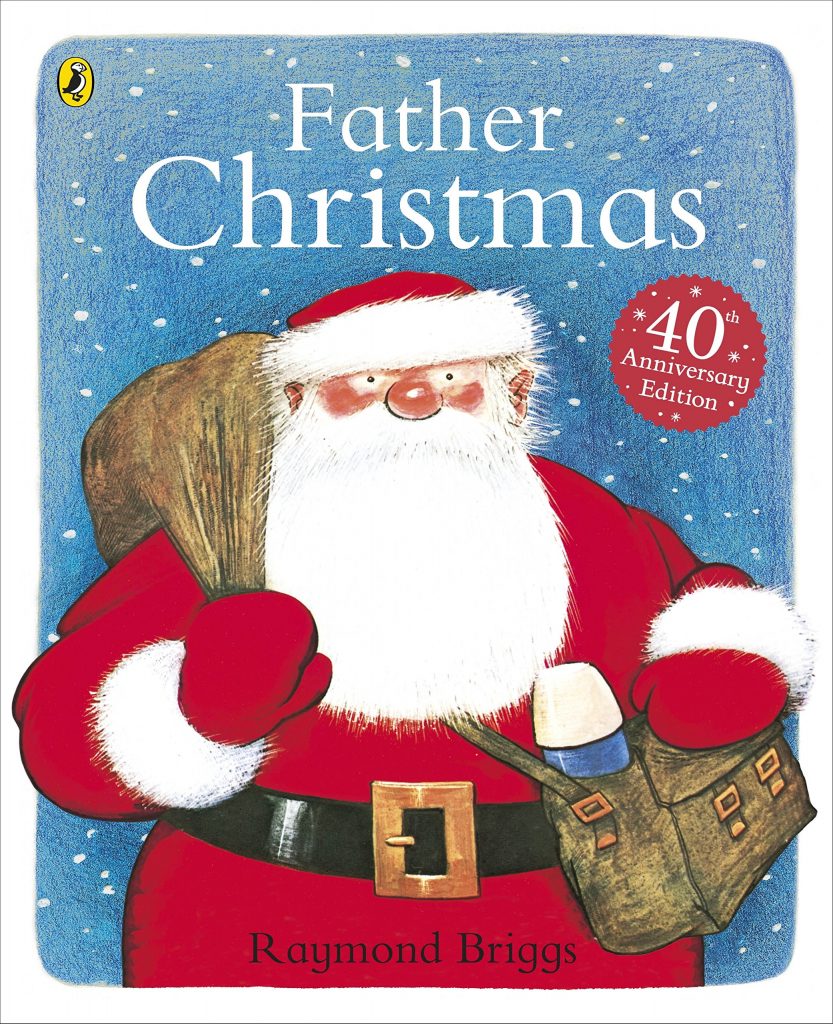 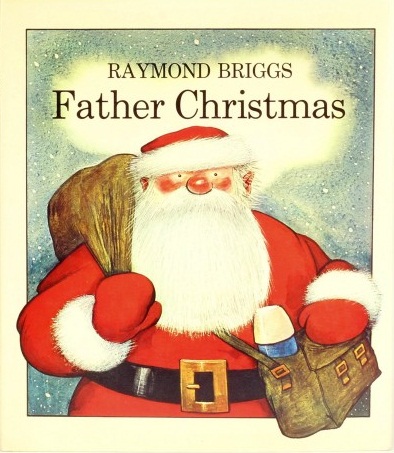 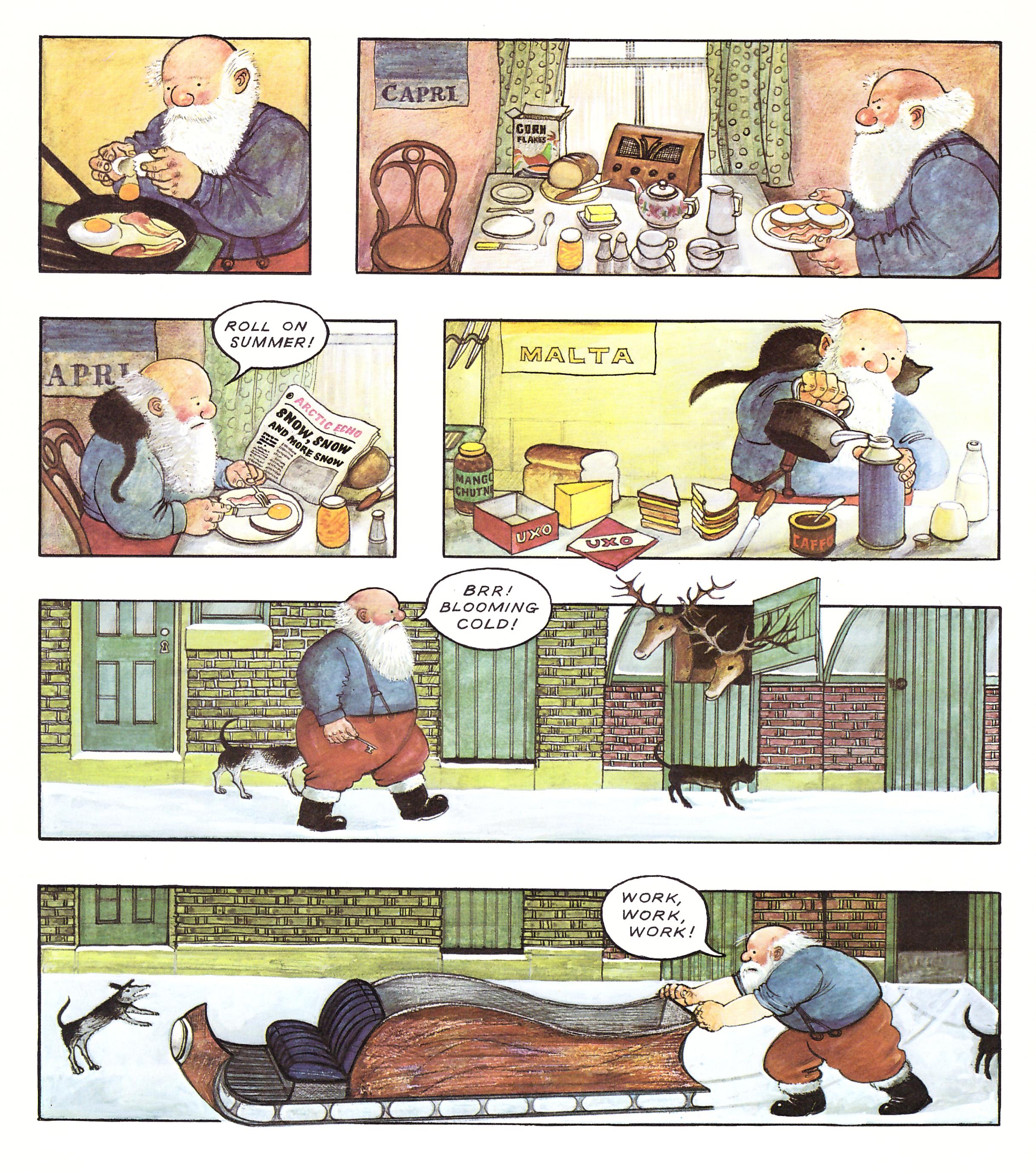 Although he’d illustrated children’s books written by others, Raymond Briggs first became known to the wider public in 1973 when his Father Christmas was published, amusing a generation of youngsters with what was then considered a children’s book rather than a graphic novel. Yet Briggs used the comic form, drawing his story sequentially within panels and using dialogue balloons. The form, however, had nothing to do with the success, which was down to Briggs’ subversive humour and iconoclastic re-envisaging of the beloved Santa Claus. It remains in print almost fifty years after the first publication.

There’s no cheery yuletide spirit about this Santa, as Briggs rails against expectation from the start, having Santa woken by the alarm clock on Christmas Eve, putting on his dressing gown, visiting the outside toilet in the snow and feeding the reindeers before he can attend to his own breakfast. It was a Santa that certainly hadn’t been seen in children’s books before, grumpily going about his business, swearing at the weather, and moaning about any obstruction. Briggs sets his comedy squarely in the British Isles, only a single panel visit to an igloo suggesting otherwise, and his smart illustrations evoke an era gone by even when he drew Father Christmas, as he peeks into houses with interiors barely upgraded since the 1940s. It’s only when he’s back home, his house fittings even older than those he’s visited, that Santa relaxes, enjoying preparing his own Christmas dinner and taking a bath and shower while it cooks. Even here, though, he’s disappointed at the lack of imagination about the presents he receives from relatives.

While the art is simple, there’s a detailed precision. One spread has Father Christmas striding across the roofs of terraced housing, and except for those pebbledashed every brick is rendered. When Briggs cuts away the frontage so we can look inside one house, the tiling on the living room fireplace is distinguishable, along with the tea chest in the attic and the vases on the mantlepieces. All that, however, would count for nothing were Father Christmas himself deficient. He’s still eminently recognisable with his distinctive pointed hat with bobble, red robe and black boots, but who’d ever thought to draw him previously in undershirt and wooly longjohns? Briggs achieves wonders with his expression, often just by altering the line of an eyebrow, and it’s noticeable that for all his grumpiness, Father Christmas is always cheered by the presence of his dog, cat or reindeer.

Bringing Father Christmas down to Earth is no hatchet job, which would have been simple enough. Briggs instead ensures that for all his grumbling Father Christmas is essentially loveable, and not a man who’d let any child down. At the time of publication there was a fair chance he and his attitudes would have resembled the youngest generation’s grandfathers, moany but with a heart of gold beneath, and while that era’s now passed, universal humour still carries Father Christmas into your heart.

His solo career now established, Briggs followed up with Father Christmas Goes on Holiday, in 1978, briefly combined with this in hardcover as The Complete Father Christmas. In the wake of his elevation to National Treasure via The Snowman animation, the Father Christmas books have also been adapted for TV.