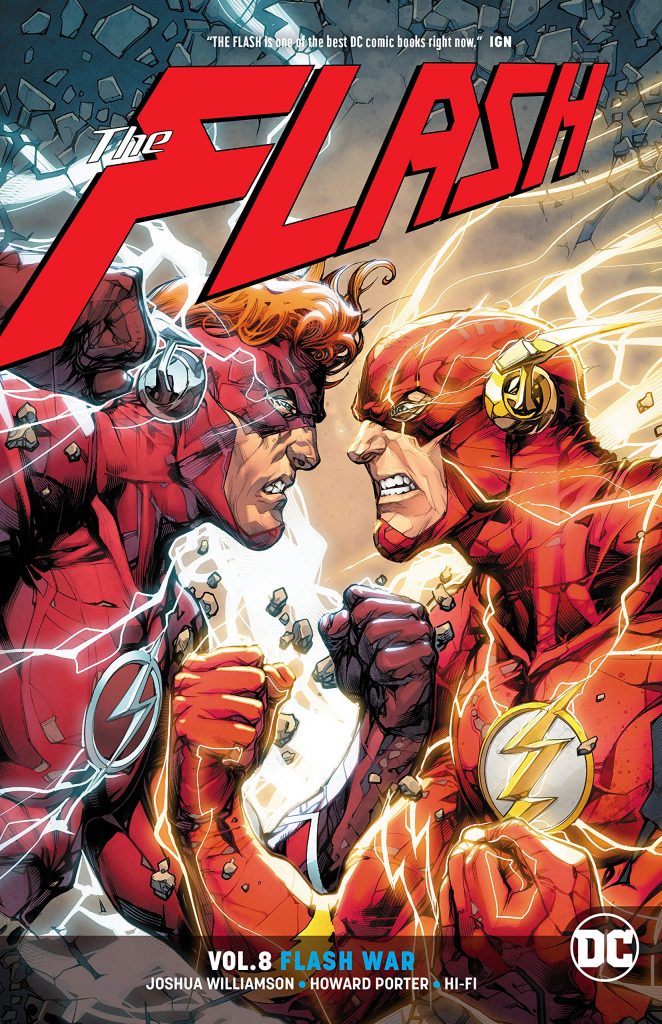 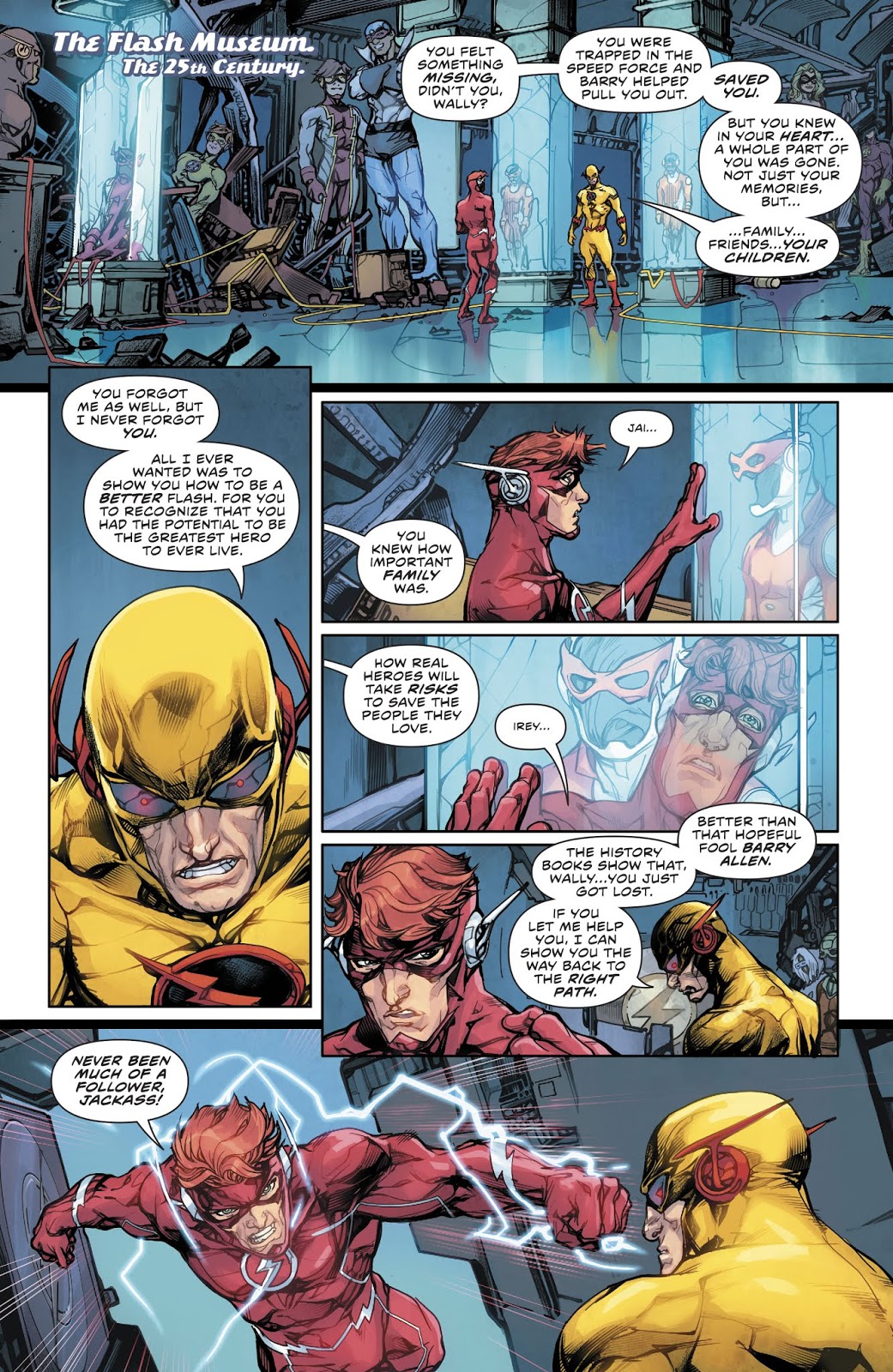 A considerable time is spent at the start of Flash War reintroducing Hunter Zoloman, seen briefly at the end of Perfect Storm, and the Reverse Flash who plagued Wally West back when Geoff Johns and Scott Kolins were The Flash creative team (see Blitz). It’s appropriate then that Kolins illustrates the chapter defining Zoloman (along with the epilogue).

Unusually for this series, the match of artists is finally sympathetic, with Howard Porter drawing all four chapters of the main story with depth and detail, and Kolins approximating that style. Both supply imaginative super speed action, and in a story dealing with timeslips Porter ensures readers can distinguish sometimes very similar people. Also notable is the variations he brings to running people, which need to be shown even more than in a standard Flash graphic novel.

The core of Flash War concerns sorting out the problems Wally West has been having since returning from being immersed in the Speed Force, dealing with his contradictory memories and how the world he returned to isn’t the one he left. Despite an overstated ending to Perfect Storm, Joshua Williamson’s methods of dealing with Wally’s torment have been generally sympathetic, and have enabled an understanding of what it’s like to have the woman Wally knows as his wife no longer recognise him. Zoloman’s role is that of the tempter, dangling the chance in front of Wally to have his real world restored, and the Flash war of the title erupts over Zoloman’s insistence that to set things right for Wally the Speed Force must be destroyed.

Clever small echoes prove Williamson knows his Flash history, and the events don’t just occur in an isolated bubble, as we’re shown how they affect the wider world, but never distracting from the tragic main focus. Eventually there’s a considerable expansion of other forces, to be dealt with in Reckoning of the Forces.

By the end life for the Flash has once again changed considerably, although Williamson consistently has others dump on Barry Allen for his perceived shortcomings, which is beginning to lose its charm. It’s the behaviour expected from villains, but the accusations come from supposed friends, and the only logical alternative to trying and failing is not to try in the first place, which never seems to occur to those flinging the mud. Flash War concludes Wally West’s part in this series for the time being, and his next major role comes in Heroes in Crisis. 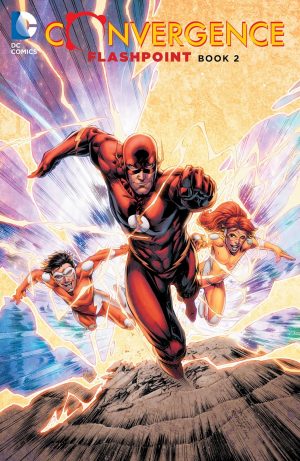