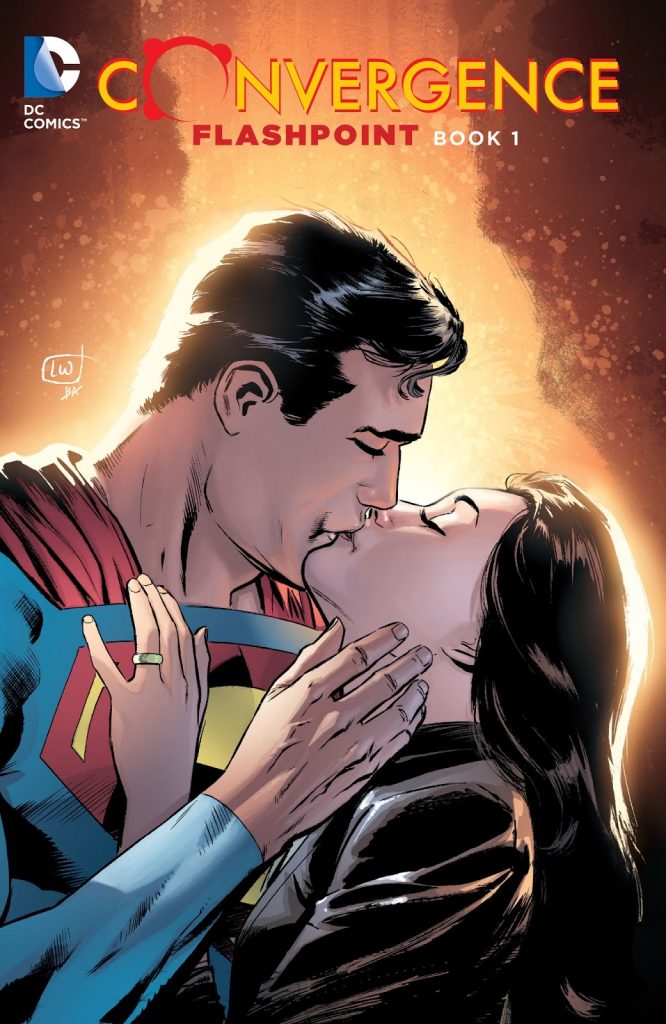 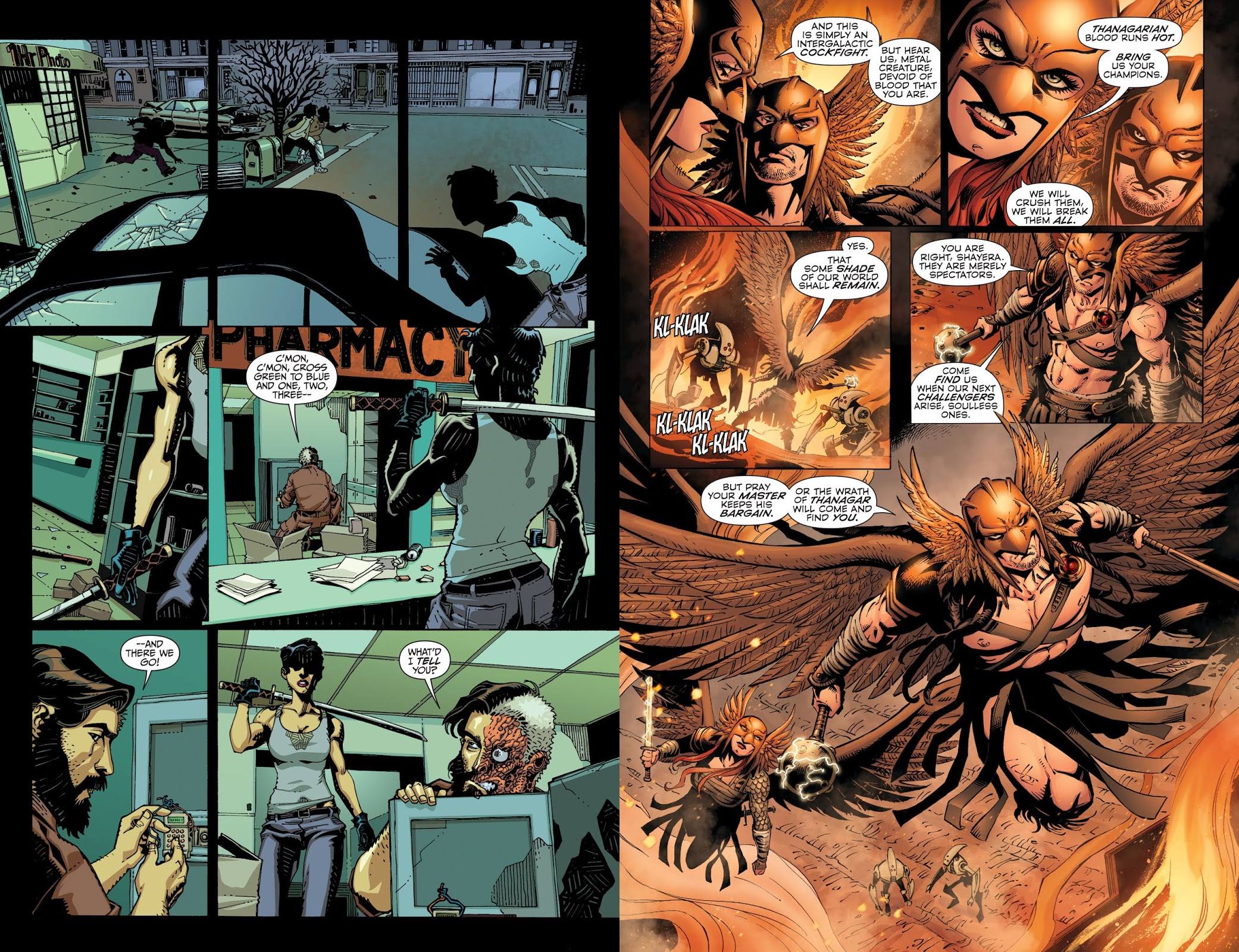 Convergence was DC’s 2015 event method of restoring most original versions of DC’s superheroes, supplanting the ‘New 52’ characters introduced four years previously. It’s achieved via the usual massive dust-up involving dozens of superheroes, with the greater novelty found in eight tie-in graphic novels, issued as a Book 1 and Book 2 per theme, each containing five stories over two chapters. These can be enjoyed without reference to Convergence, and are aimed at older fans by featuring the characters as they were in earlier eras, except in this case the events of Flashpoint weren’t too distant, in fact the springboard for the ‘New 52’ changes.

More so than other Convergence tie-ins, themes run through these five stories. The most obvious is the alternative Gotham locations, but also connecting them are use of reason, pregnancy, women being primary characters, lack of confidence, and other themes applying to fewer stories.

The most individual approach is from Alisa Kwitney, ostensibly following Stephanie Brown as Batgirl, but far more interested in her as an ordinary teenage girl living in a city of costumed heroes and villains. She’s contrasted with the brutal and unforgiving Cassandra Cain version of Batgirl, and Kwitney takes an entirely natural approach to Gotham’s citizens, while the second half forces Stephanie back into costume. It’s intriguing and unpredictable throughout, and if not illustrated to previously expansive standards by Rick Leonardi, neither is there anything poor.

Greg Rucka once again writing Rene Montoya, here as the Question, is very welcome, and artist Cully Hamner seems to have been studying Eduardo Risso’s use of large black areas for some pages. There’s an interesting and appropriately double use of Two-Face, and other known faces guest star. With only a couple of small tweaks this could be a tale from regular continuity, and that’s how some may choose to read it.

Also a joy is Gail Simone again writing Oracle. Simone considers a point no other Convergence writer has: Is living confined under a dome, even with deprivation, preferable to the regular crime-infested Gotham? That’s just by way of a sideline as she provides some superbly savage Thanagarians, and a very good reason for their departing from the usual script, although their warlike personalities are satisfyingly explored. Jan Duursema’s excellent art really sells that in a story that’s not just the highlight of a decent collection, but among the best Convergence stories. It’s fantastic.

In the opener Dan Jurgens and Lee Weeks use the missing Batman to send Superman to Gotham, at first in disguise. It’s nice to see Jurgens drawing Superman again in his bold style, thankfully this time without the mullet, while Lee Weeks’ detailed grimy style isn’t the first that comes to mind for Superman, but in Gotham it works. So does Frank Tieri’s all-female version of the Justice League, given a gorgeous polish by Vicente Cifuentes. There’s a good use of Aquaman as a form of contrast, while also showing how powerful he actually is.

Its presence tips the quality scale back up, making this almost the best of the Convergence tie-ins, with hopes high for Book 2. Other pairs of tie-in graphic novels are titled Convergence: Crisis, Convergence: Infinite Earths, and Convergence: Zero Hour.