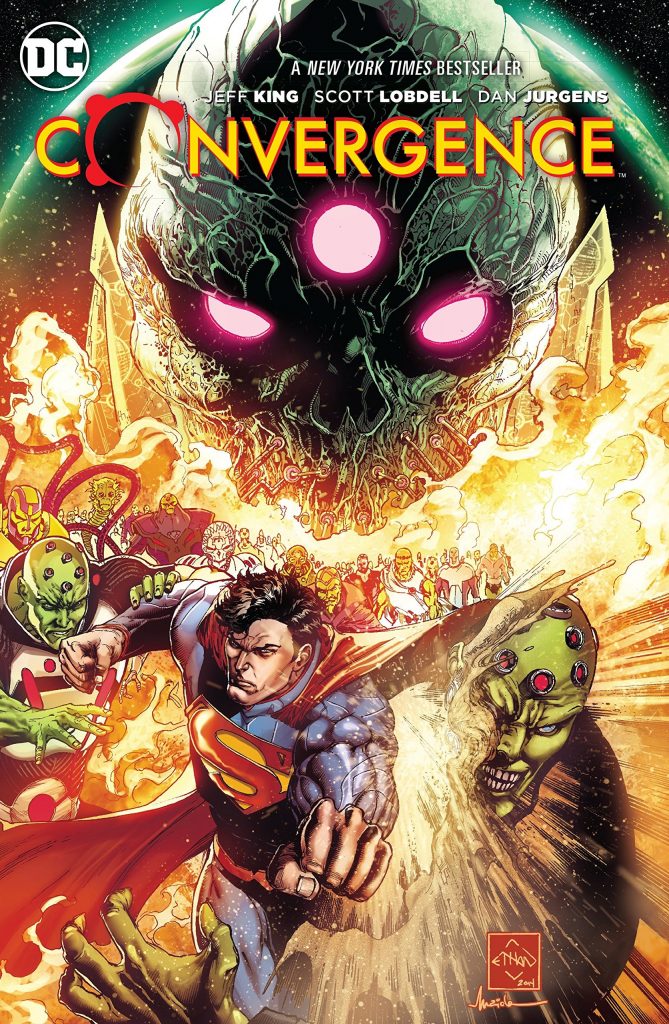 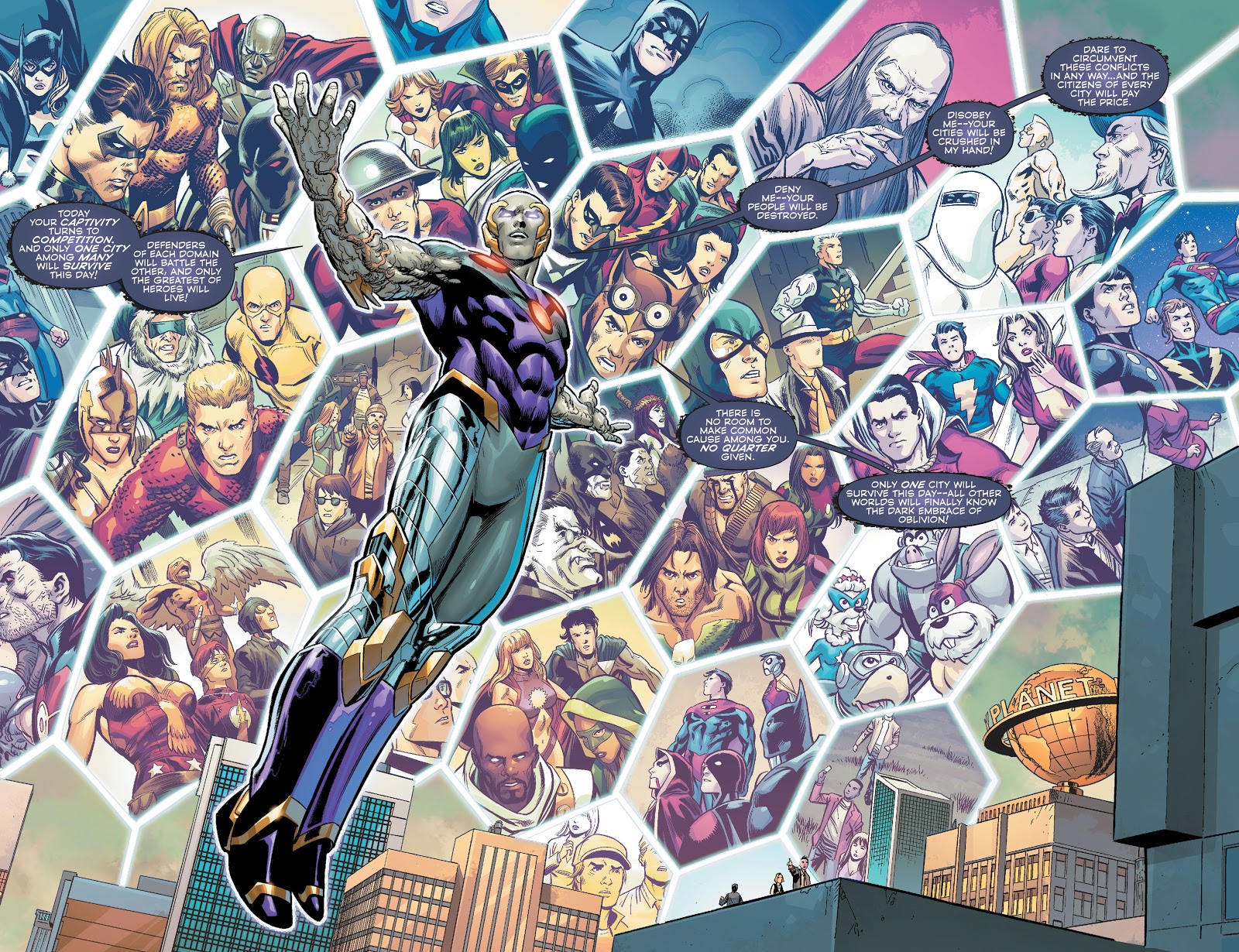 Convergence was the 2015 event that ended DC’s controversial and poorly received ‘New 52’ reboot. It begins with Superman and his enemy Brainiac and ends with DC’s superhero continuities just about restored to their 2011 status quo. In broad strokes TV writer Jeff King’s plot has Telos, a being created by Brainiac, abduct assorted cities that have featured in DC’s long publishing history. He intends that the superheroes from these cities will battle each other to decide a single city that will survive, as explained in Carlo Pagulayan’s sample art. These battles largely occur in four pairs of tie-in graphic novels with the Convergence title, subtitled Crisis, Flashpoint, Infinite Earths and Zero Hour, leaving Convergence to tell its own primary story.

It helps greatly if prospective readers have followed the assorted Earth 2 graphic novels, as at the very least they explain the unfamiliar iterations of familiar heroes used over the first few chapters. There are clever aspects to Convergence, one being the use of a villain likely to be unknown to readers who restrict themselves to DC’s superhero titles, and another is how conversation and reasoning ultimately become more important than fighting. It’s also considerate that the presumption of familiarity with the Earth 2 cast apart, Convergence presents a complete story where reference to other graphic novels is icing on the cake instead of essential. However, sifting the better aspects from the earlier chapters is a difficult slog.

The artists all do their bit to make it otherwise, and anyone whose heart skips a beat at the sight of a spread with dozens of superheroes and super villains is spoilt for choice, with the likes of Ed Benes and Aaron Lopresti really pulling out the stops. All artists pull their weight, though, effectively adapting a story designed to be told across spreads.

Despite Dan Jurgens and Scott Lobdell helping out with some scripting, King is the major string puller, and for the final three chapters he swamps the pages with better known superheroes, and this is where Convergence begins to pick up. That comes with a caveat, though, as it’s unlikely to make much sense to readers not steeped in DC history heading all the way back to 1985’s Crisis on Infinite Earths. Too much depends on readers recognising, for instance, the Parallax version of Green Lantern and realising he isn’t all he claims to be. At the end it’s job done, and way is clear to reintroduce the older, more popular, versions of DC’s superheroes, although some bets were hedged by retaining new versions who had gathered a following.

An event in 2015, Convergence served its purpose at the time, and isn’t required reading anymore. The adventures of the Earth 2 heroes continue in Earth 2: Society. 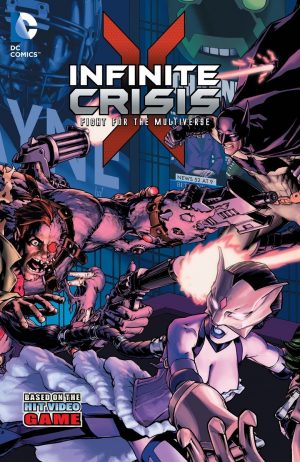 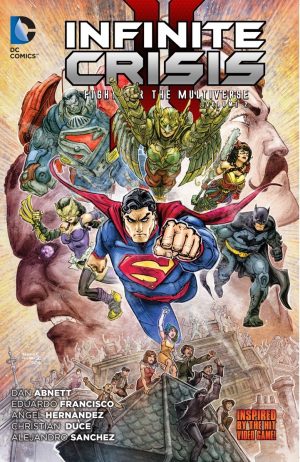