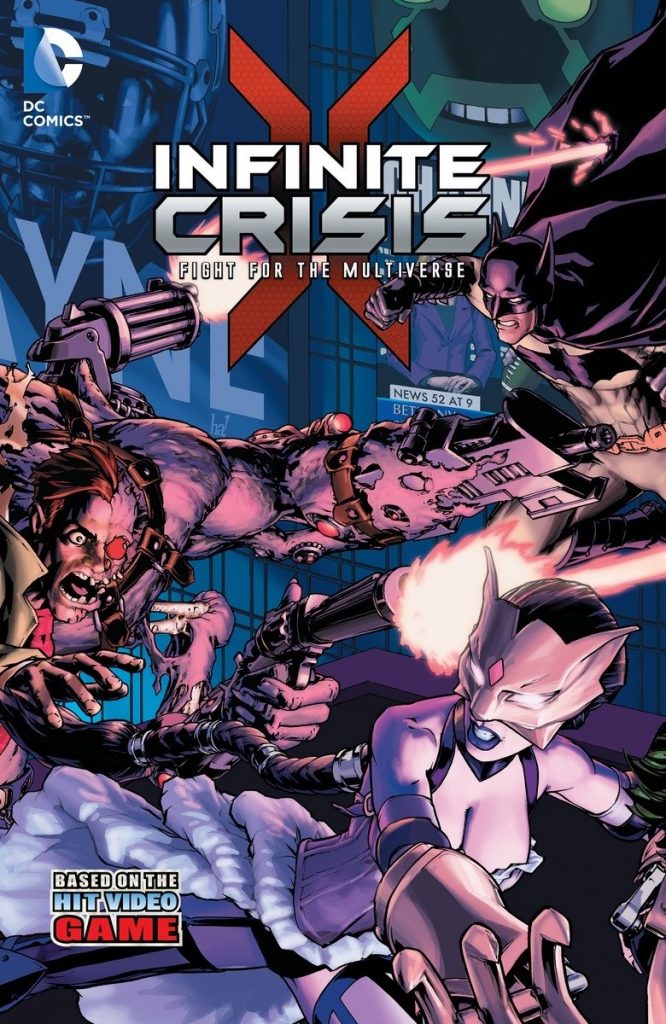 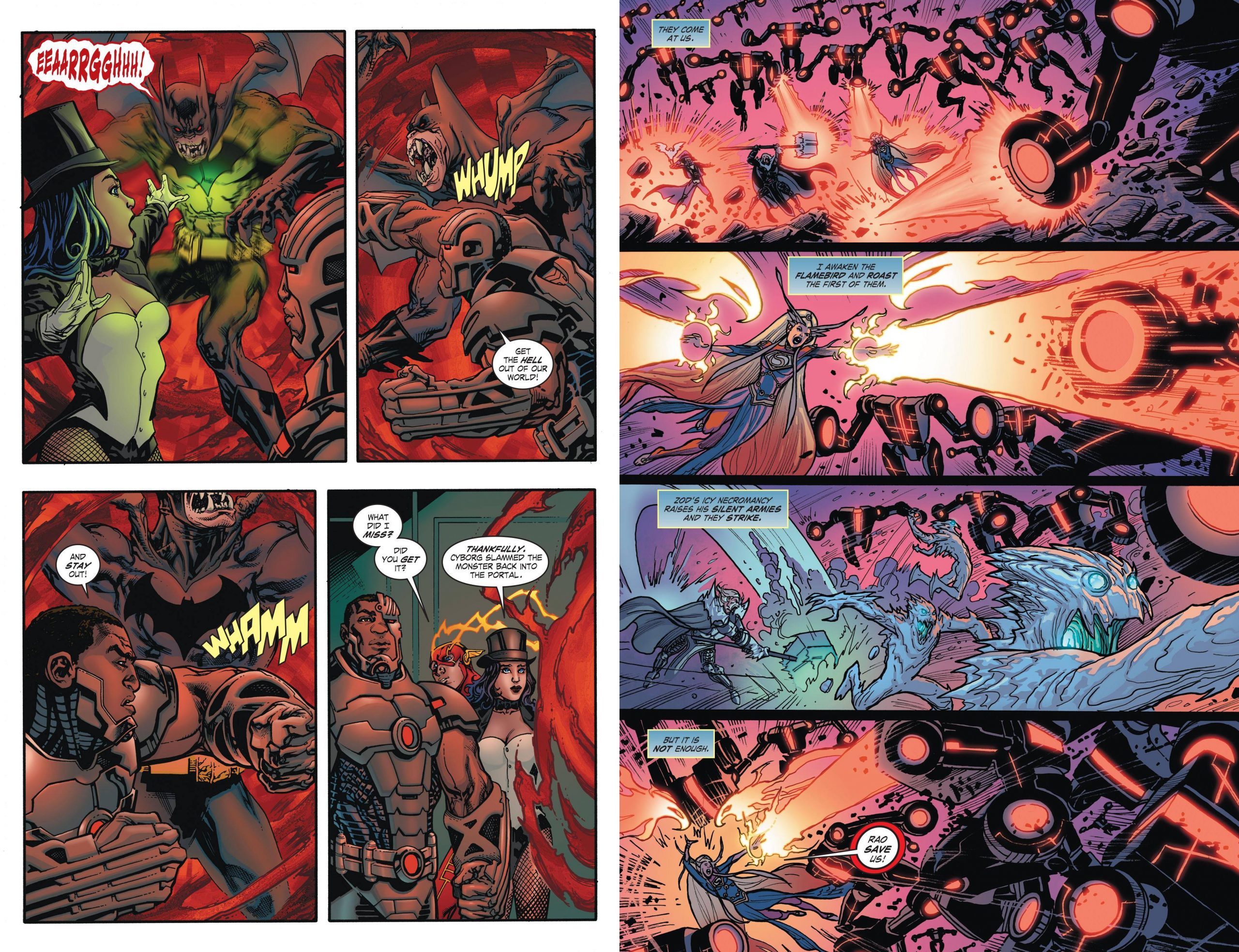 There were briefly 52 DC universes, each with their own set of heroes and villains slightly different from the familiar iterations, and this version of Infinite Crisis, is based on a video game where all are threatened. Key to saving the multiverse are a number of objects located on different Earths, and the best chance of acquiring them is a group of heroes, the best these alternate dimensions have to offer. Dan Abnett introduces the theme and mission early, along with the assorted other worlds, which fans of DC’s Elseworlds variants will recognise. Seen early, for instance, as per Tom Raney’s sample art, is the vampire Batman whose progress is found in Elseworlds Batman Vol. 2. However, Abnett is astute enough to ensure these references are nice for anyone recognising the characters, but nothing that impedes enjoyment for readers who don’t.

Batman is teamed with alternate versions of Catwoman, Green Lantern, Robin and Wonder Woman to chase a powered-up, almost demonic version of Two-Face across the different universes. There’s no great complexity to the plot, but what moves it above the ordinary is Abnett emphasising how the personalities involved appear to be far from ideally suited to working together, all of them exaggerated and impulsive compared to the traditional versions. He does this well enough to prevent the obvious question being asked. Wouldn’t a team of five different Supermen be more effective? In part, Abnett answers that.

Over a dozen artists are involved, with Raney and Tom Derenick handling the most pages. Theirs is standard superhero work, a few glitches here and there, but by and large solid. That isn’t the case everywhere, though, and some artists crowd their pages, while others are too fussy about detail, making it difficult to focus on anything in a panel.

Once the relationship between Batman and his allies has been established, Abnett starts looking at other characters different to those we know bearing the same names, and conceives interesting alternatives. The new version of Doomsday, largely drawn by Derenick, is certainly way more terrifying than the old. Cyborg, Flash and Zatanna have gone looking for Batman, and by the final chapter taking us into Volume 2 one final ally has arrived, but can they be trusted?

Abnett certainly keeps the pages turning, but not all the artists pull their weight to ensure it, which drags the overall rating below average.