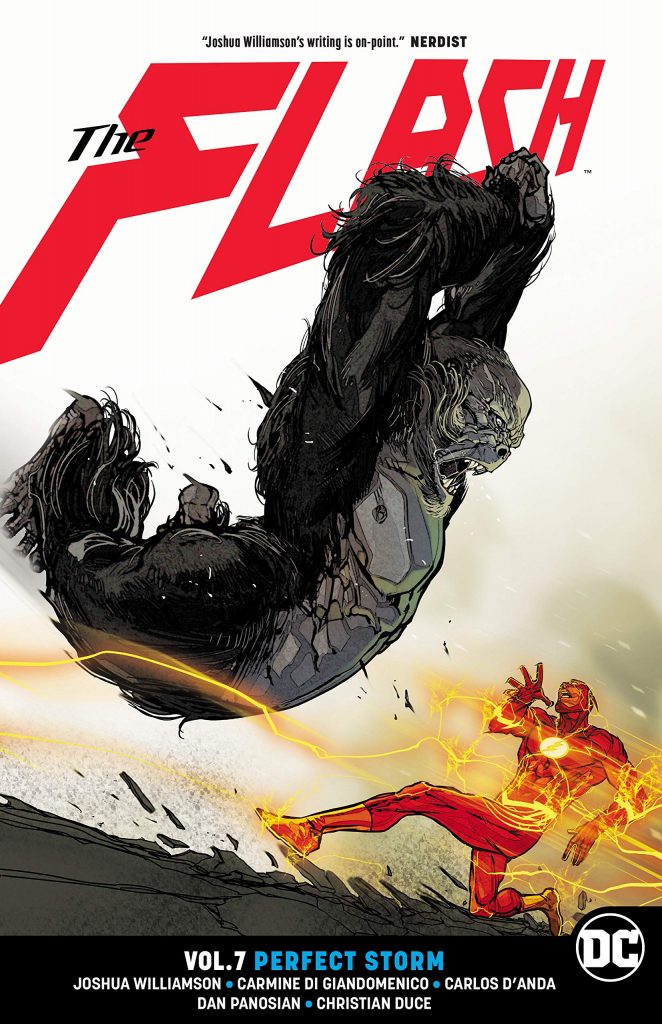 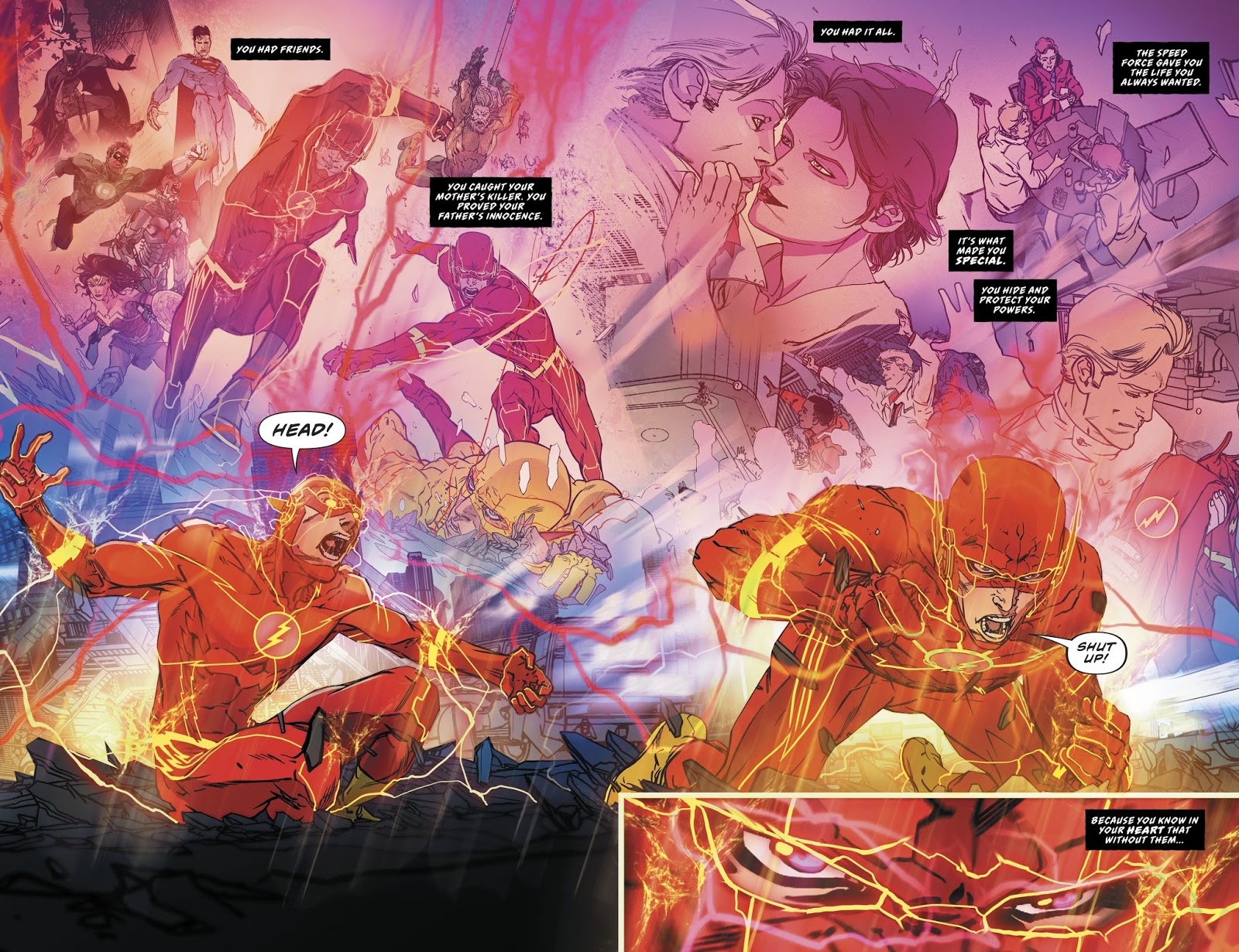 From his earliest work on The Flash Joshua Williamson has been using a science-oriented group of rather anonymous villains called Black Hole as recurring threats. To begin with they were underwhelming, but Williamson’s kept bolstering them, and in Cold Day in Hell they were revealed to have an influence well beyond what had been presumed. Perfect Storm reveals who’s behind the organisation, and it’s thoughtless that Gorilla Grodd is pictured on the cover as his revelation is both a surprise and yet logical when considering what Williamson’s been disclosing about Black Hole. He also provides a logical reason why the notoriously bigoted Grodd would work with humans.

As in every volume of this series since the first, The Flash’s editors either don’t have enough respect for readers to have a single artist draw a complete story, or they don’t consider artistic consistency matters. Either way, it’s a high level of ignorance when a little time spent scheduling would make a great difference. Discounting an epilogue, where a different artist can grudgingly be understood, Carmine Di Giandomenico draws four of the six main chapters, spectacularly well as seen by the sample art, but why couldn’t his schedule have been organised so he drew them all? Carlos D’Anda on the first fill-in is good, Dan Panosian on the next not so good, with a style that clashes and strangely posed people. Christian Duce on the epilogue really impresses, though. He’s an artist coming on strongly from his first guest stint, becoming better at laying out a page and drawing attention to what matters.

Grodd’s plan involves stealing the Speed Force in its entirety, and it’s a thriller from start to finish, Williamson dropping twists all the way and constantly escalating the threat. Much of what Williamson’s been plotting for some while pays off, and it should draw a close to Flash’s self-doubt and negative introspection. The only negative aspect is cementing the redefinition of the Speed Force, as something that can be bestowed or closed off or transferred if not quite at will, then certainly by those with the right knowledge. It’s something Williamson works with and expands in later books, yet leaves the door open for subsequent less imaginative writers to have a cheap solution to their plots.

The epilogue requires some knowledge of what the supporting cast have been up to in other DC series for maximum effect, but it ties up loose ends well, although ends rather over-dramatically and strangely. The effects of that play out in Flash War.