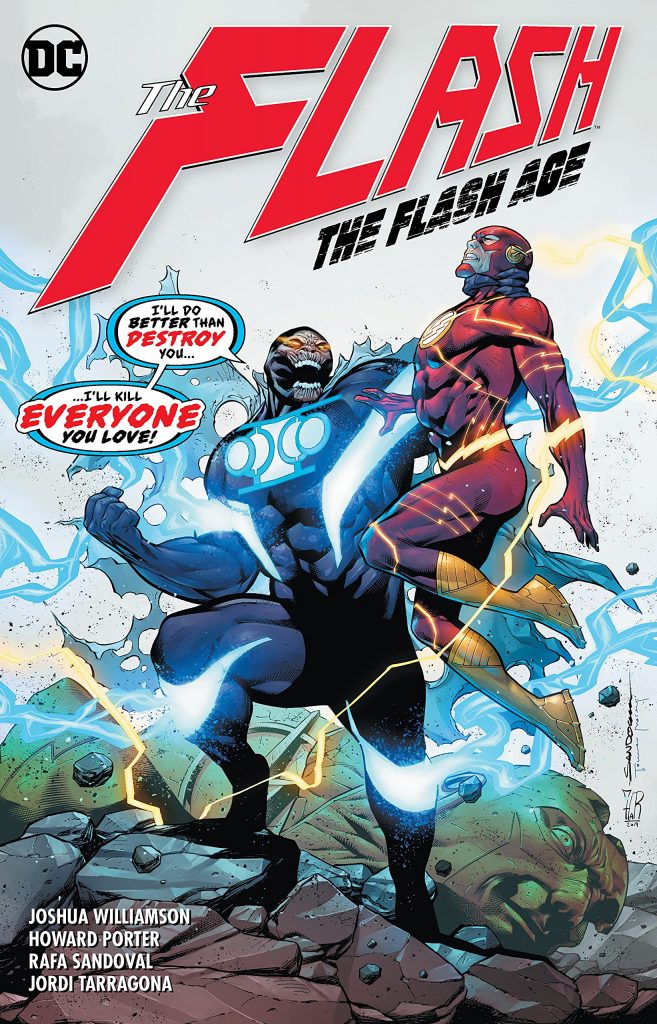 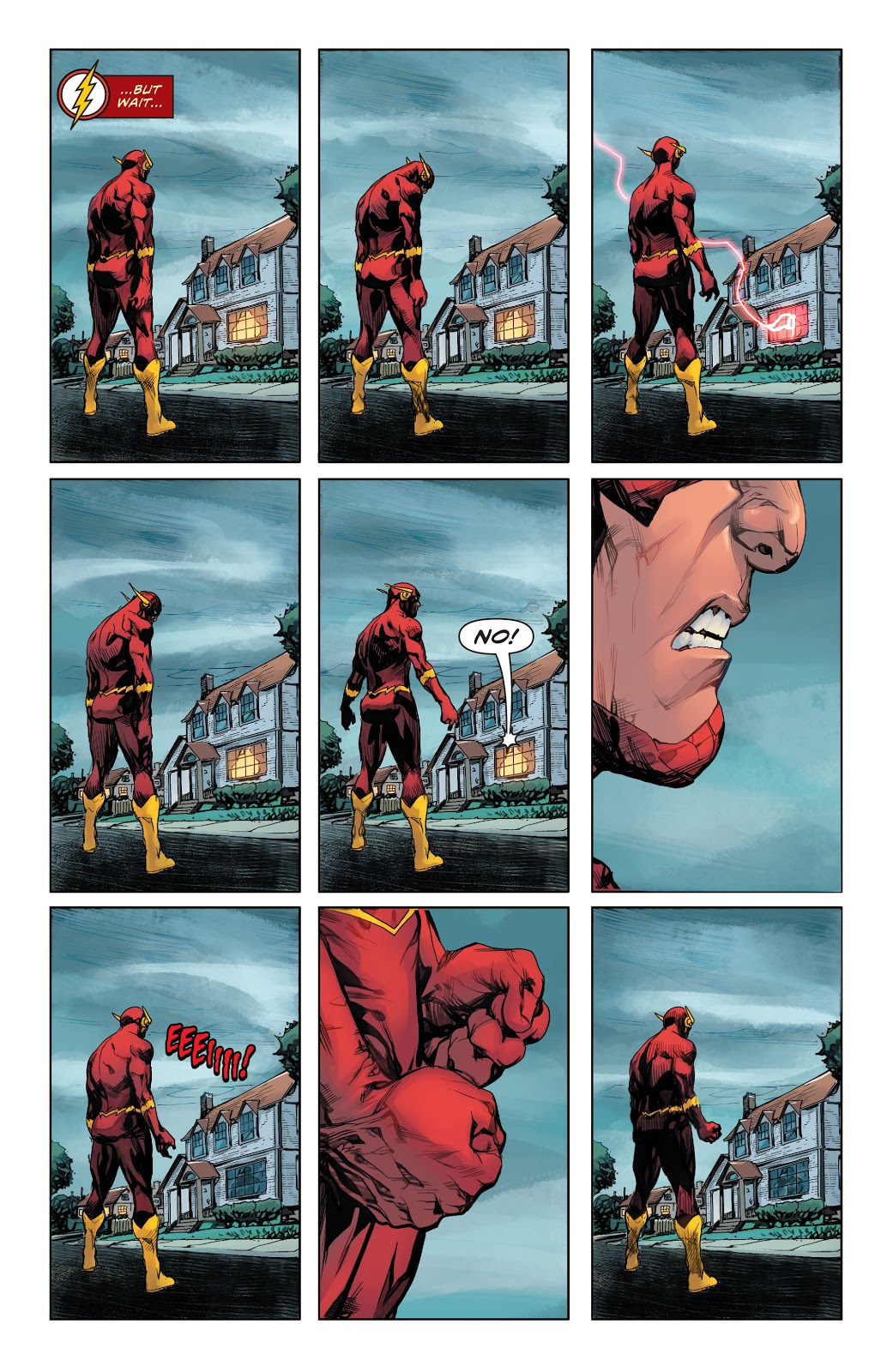 Over the series, Joshua Williamson has let assorted people supply the primary narration for a chapter or two, and he opens The Flash Age with two further examples. Captain Boomerang wasn’t seen in Rogues’ Reign, and Williamson captures his personality well, the ego, boasting and lies spilling out into a story connected with Suicide Squad: Bad Blood. It’s fun, although the Flash artists’ curse strikes again, with Stephen Segovia, Brandon Peterson and Carlo Pagulayan all required for a 35 page story.

There’s a clever start to ‘The Flash Age’ where Williamson shows us someone we’ve seen before, but only in passing, and what’s happened to them. It’s one of several occasions in what follows where Williamson drops reminders of the good Flash has done, which is a welcome contrast to everyone dumping on him earlier in the run. Of course, Williamson also likes the dark side, so matters don’t stay as cheerful. The crux of this main story concerns Flash, and other speedsters, messing with time and creating anomalies, and from the earliest days of his work on The Flash, Williamson has laid out the ramifications, with characters who shouldn’t be around reappearing. It’s continued here as Williamson explores what might have been, what could be and what is via new villain Paradox. He’s a standard megalomaniac, which is shame considering where he began, but the greater shame is that beyond a couple of thrilling opening chapters the story devolves into an echo of something that regular Flash readers have seen several times over the years. For all the time spent reinforcing his power, Paradox is all too easily defeated, and while the way a new threat evolves is neat, setting up Williamson’s departure in The Finish Line, more concentration on the now was required.

Emotional moments are handled better, with one particular horror being Flash having to stand by and not intervene as he travels back to the past to the moment when his mother was murdered.

Once again three artists are needed for six chapters. Why? Christian Duce, Howard Porter (sample art) and Rafa Sandoval’s styles aren’t as glaringly incompatible as combined artists on earlier volumes, but there are differences in approach, especially when it comes to layouts. Crucially, though, individually none of them disappoint.

For all the build-up The Flash Age receives, it ultimately misses the target, being readable, but no more, so let’s hope for better in Williamson’s finale. 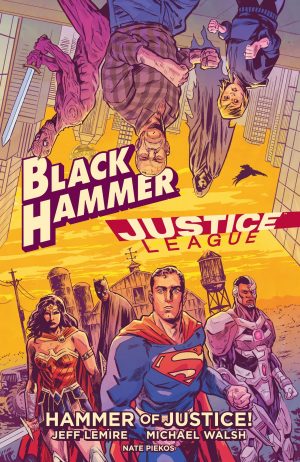