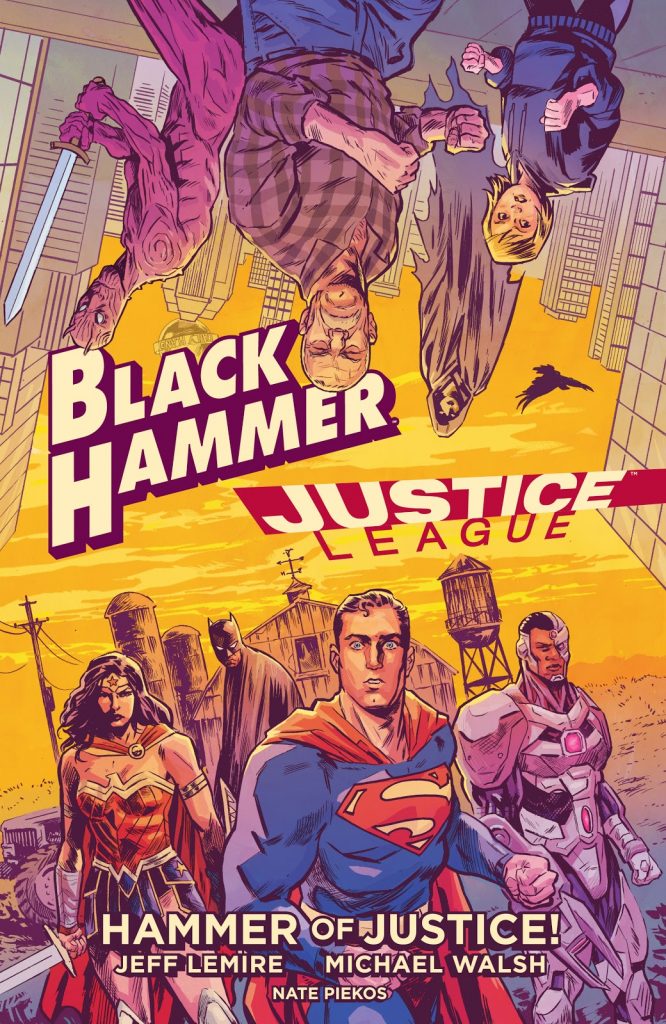 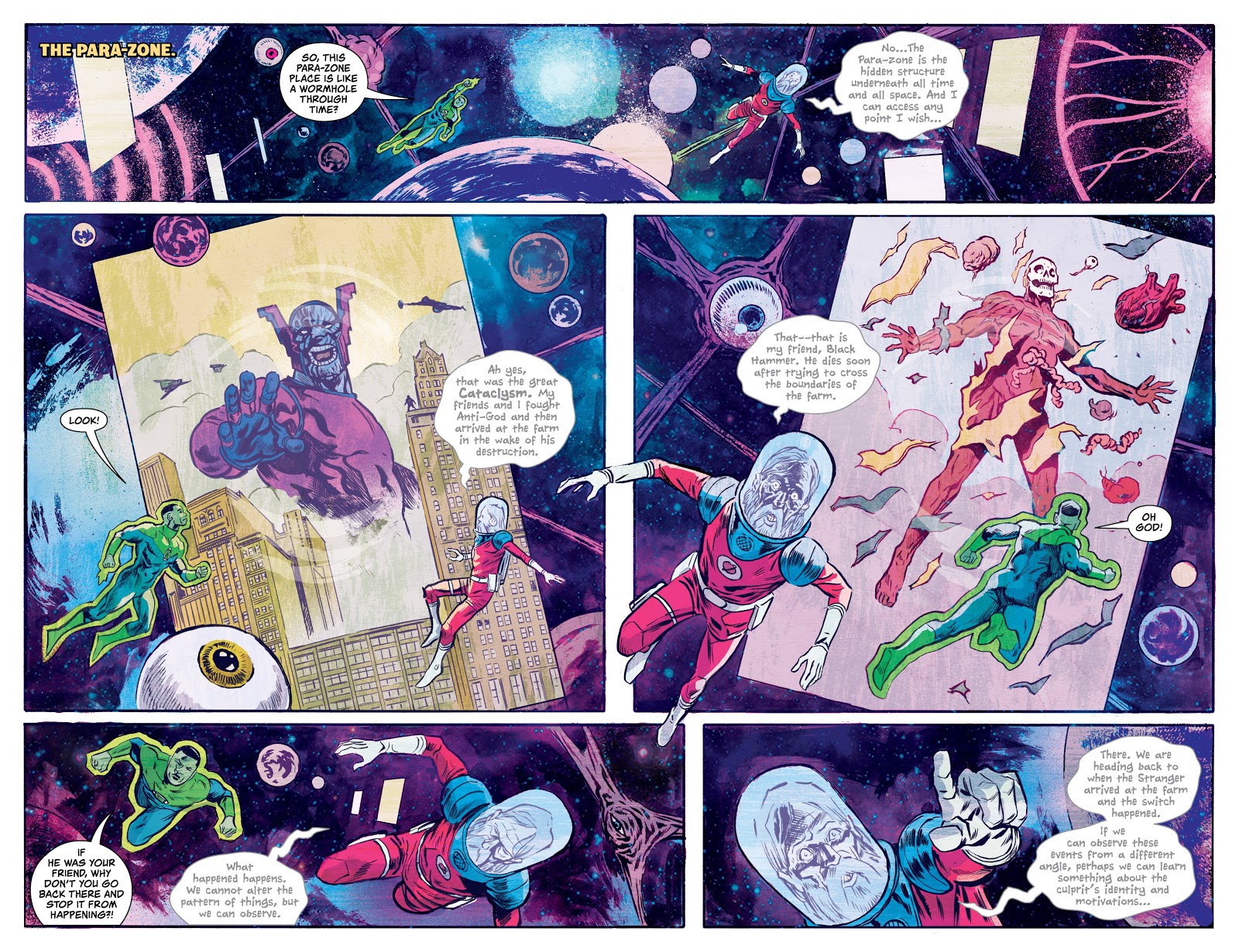 In the world of Black Hammer a group of superheroes are trapped on a rural farm somewhere in the USA, unable to leave the surrounding area. However, there was one occasion, via magical means, when they found themselves in Metropolis, and members of the Justice League were instead trapped on the farm.

The melancholy excellence of Black Hammer cultivates a very particular mood, and the brashness of the Justice League wouldn’t seem an ideal match, with exact opposite equally true. Yet it works up to a point. Michael Walsh’s loose art and gloomy colours make it clear which atmosphere prevails, while Jeff Lemire stresses the differences between the heroes. The Justice League are an organisation while the other heroes united during dire circumstances and are a bunch of individuals who’ve been trapped together ever since. The only thing keeping them together is their confinement, and once that’s no longer an issue then different agendas emerge.

Lemire notes in-story how the thrill of team-ups is the initial impetus, and after that it’s all too often the case that they drag on, yet he can’t help himself falling prey to that curse, despite providing a seductive mystery about how the switch has come about, and a few nice character moments. Gail’s coarse honesty clashing with the uptight Leaguers is fun, as is Cyborg discovering Talky Walky, and Walsh delivers the strangeness, but all too much fails to spark. There’s a spectacular entrance for a hero not connected with the Justice League, yet it comes to nothing, the big moral decision is too easily rectified, and too much enables nice illustrations from Walsh, but otherwise marks time. This is readable, but nowhere near the expectations regular Black Hammer readers may have, and there’s enough of that series to leave Justice League readers disappointed also.

Around a quarter of the paperback is bonus material, and this is of interest for featuring page after page of noteworthy illustrations by artists who don’t have the glossy style usually applied to the Justice League. Lemire himself, for a start. 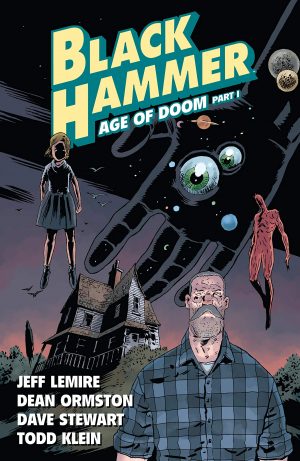 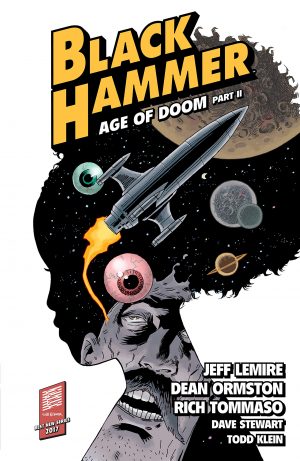