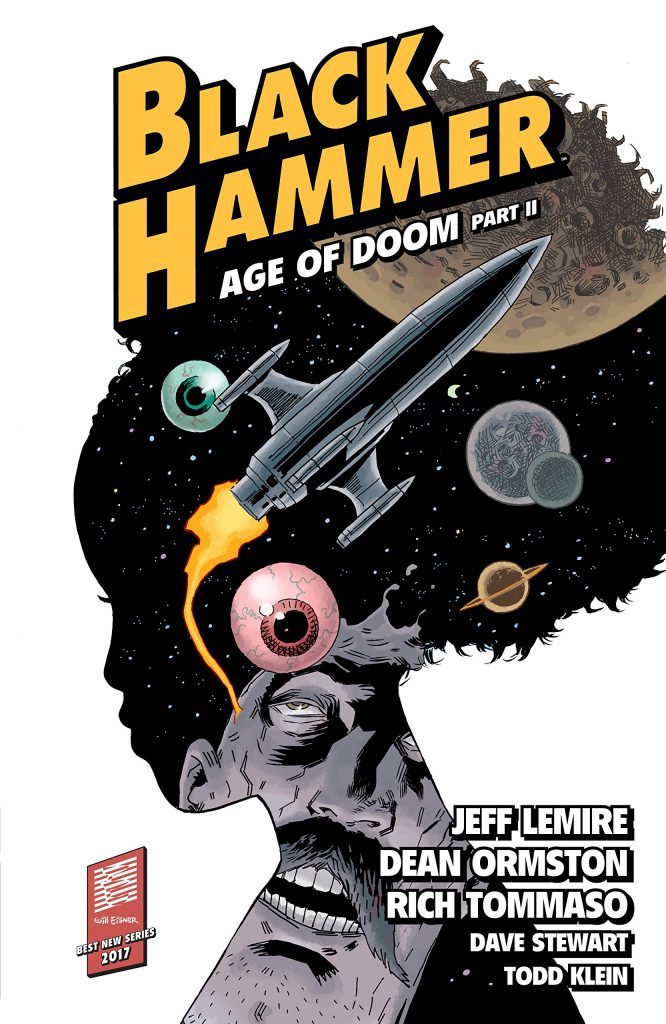 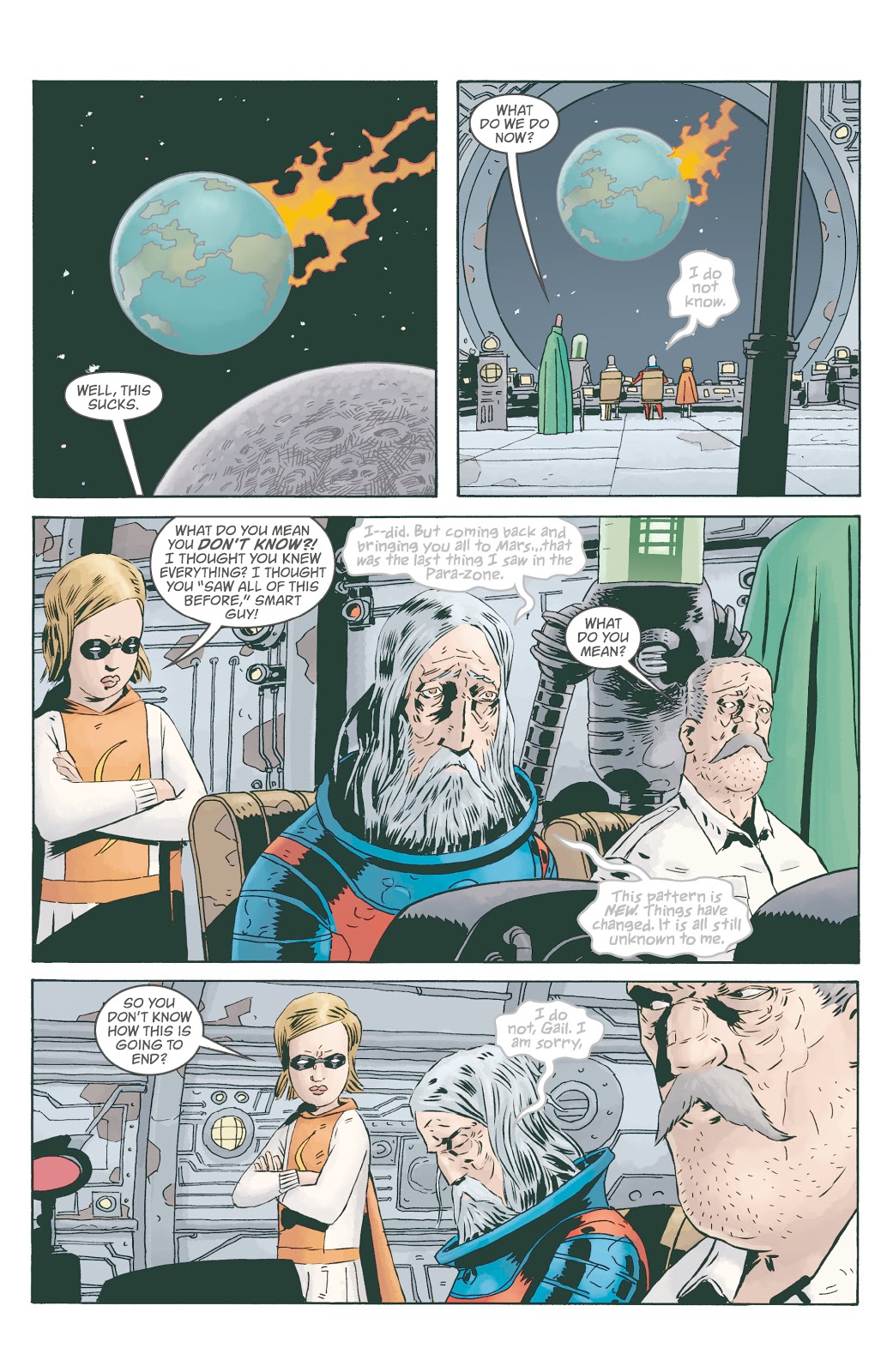 It seems at first that for his conclusion to the Black Hammer saga Jeff Lemire is pulling the same trick that he did in Age of Doom Part I, by ignoring the cliffhanger ending to the previous volume. That’s not the case. It may be Rich Tommaso drawing the opening two chapters instead of Dean Ormston, and it may be an almost entirely different cast, but everything connects. Rather out of left field, the focus of Black Hammer becomes a meta-narrative, exploring what happens to redundant fictional characters. There’s no single answer to that, and by the time Ormston returns for the five chapter run to the end, glimpses have been given without any definitive conclusions reached.

After the shock revelations in Part I, we rejoin the cast in what’s trailed as a reboot, which seems to be the case. The superheroes are now in an urban environment rather than a rural one, but remain trapped. This time their memories are also altered, except for Talky-Walky, and as before, she’s the one who strives to breach the boundaries. There’s a feeling of inherent tragedy about this because assuming what we’ve been told in Part I is the truth, there is no escape. The hope comes from the way Lemire’s constructed Colonel Weird. His disjointed personality is seen early to defy conventions, so could he actually be everyone’s escape route?

Having become so used to the cast in one form, it’s fascinating seeing them in another, their personalities intact, but predominantly different people. The one consistent aspect is they remain miserable. Ormston’s visual mastery of that is apparent on the sample page. That page is located toward the end, at which the point the rules have been rewritten, and the fates of characters we care about hang in the balance. The weakness is that this is contrived. Lemire falls back on the narrative device of something having to be a certain way without ever confronting why it has to be that way. It’s necessary there is a balance, and it only leaves two options. Lemire’s good enough to circumvent that, and despite the nitpicking about plot points the cast have been constructed so sympathetically that the ending has the necessary emotional depth. It’s clever, and oblique, but one interpretation is that not everyone’s hopes and desires are fulfilled.

A superhero series with the depth and intelligence of Black Hammer is rare. It’s loving, but looks beyond superheroes as a disaster squad or a form of protection and vengeance. Pleasingly, it’s not something easily diluted and represented either. It needs the creative talents of Lemire and Ormston, as hardly anyone else would take that approach. It’s also spawned plenty of tie-ins to investigate. Start with Sherlock Frankenstein as a he has a pleasing bit part here. And for a satisfying coda, check The Quantum Age.

This is also available in hardback as the second Black Hammer Library Edition, combined with Part I and featuring an extra story and a wealth of background pages.