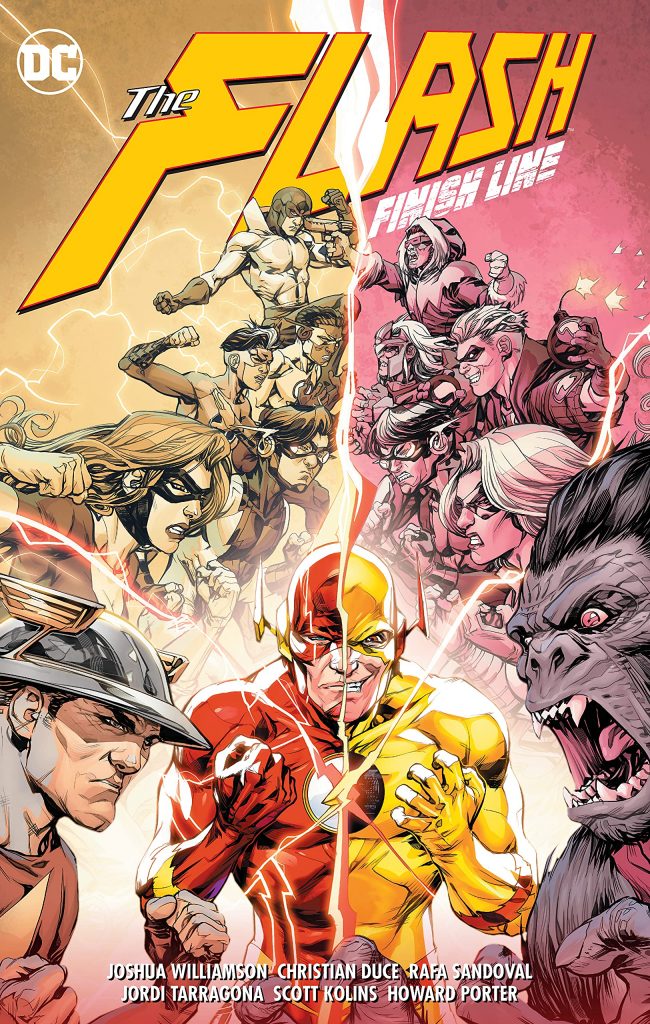 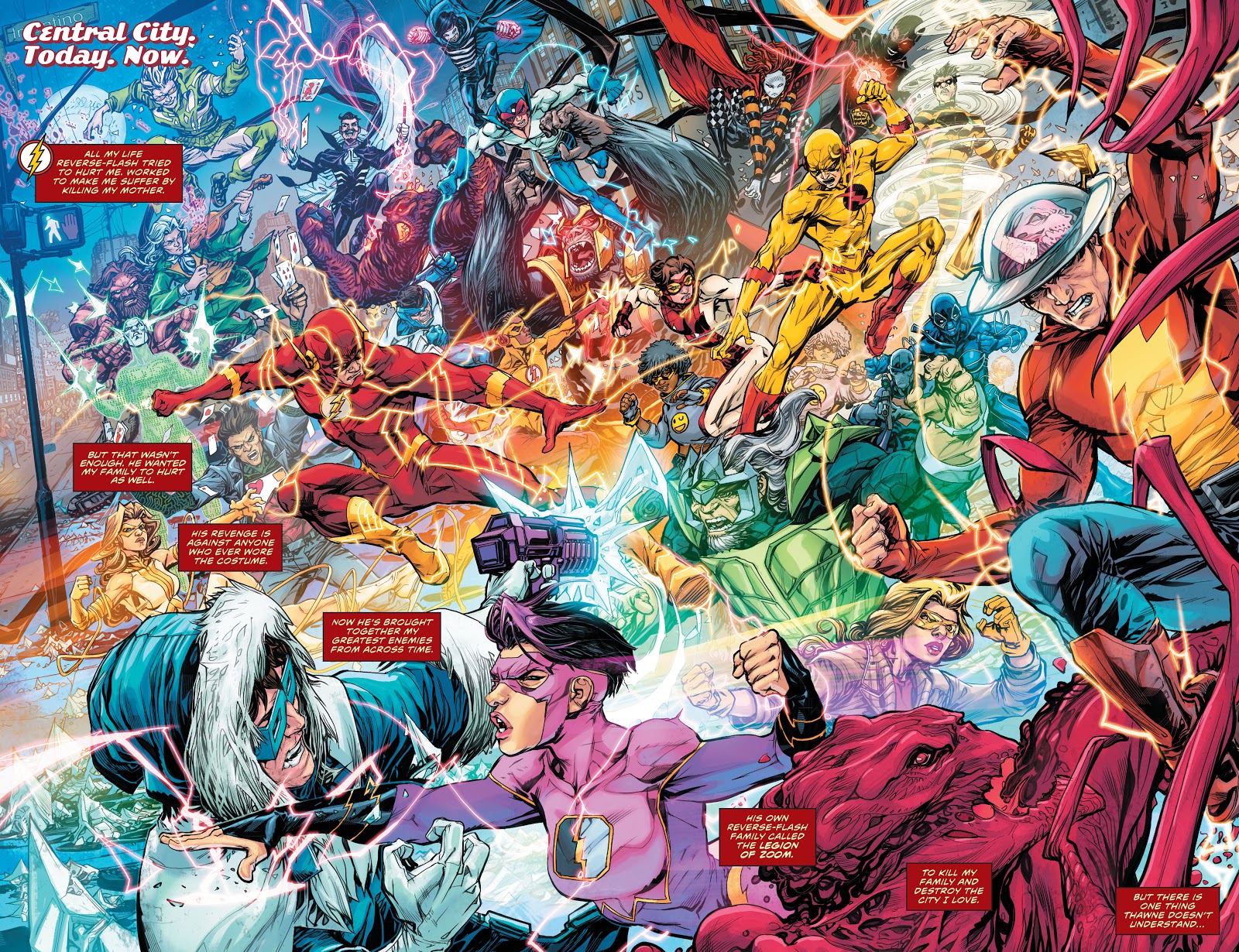 When all is said and done, Flash’s greatest enemy is the Reverse Flash, Eobard Thawne from the 25th century. Sure, Captain Cold rises a little above the Rogues, and there’s a case to be made for Grodd, but Thawne’s duplication of Flash’s abilities, his lack of compunction about killing and the personal connection through the murder of Barry Allen’s mother leave no doubt as to Flash’s deadliest threat.

For his final Flash story Joshua Williamson emphasises that by having Thawne being the guiding force gathering other enemies to attack Barry Allen’s life on all fronts, both as a civilian and a superhero. That’s not all we’re given. Throughout the run Williamson’s constantly and repeatedly featured others who’ve used the Speed Force, whether or not they’re currently part of DC’s continuity, and even with the amount of Flash Williamson’s written there are still a few who haven’t featured. Well, The Finish Line is the story putting that right.

As over almost every volume of Williamson’s Flash, multiple artists are used to tell the same story, but here it’s a slightly less random process than previously, although still disruptive. Scott Kolins is the most stylised, but restricted to scenes set in a specific location, while Howard Porter, the richest with detail, is allocated the sequences with the greatest amount of characters (sample art). Christian Duce and Rafa Sandoval complete the quartet, each bringing strengths.

Some cameos are more for the sake of completeness than having any great meaning, and so clog the pages to some extent, but Porter draws everyone enthusiastically enough, and that compensates. Ultimately, for all the guest stars and all the villains (including one shown at the end you’d probably forgotten about), ‘The Finish Line’ boils down to Flash against Reverse Flash, so how can Williamson differ that from all the previous occasions? Rather simply, actually, and pleasingly, by tapping into who Barry Allen is, and his essential personality winning through. This occurs twice, once in a more literal sense and the other existentially. Williamson has faltered a little in making his own way to the finish line, but this is the complete crowdpleaser.

So with Williamson having joined John Broome, Cary Bates, Mark Waid, and Geoff Johns with the sheer volume of Flash written, where does he rank among them? To the generation of 2010 onward he’ll become the benchmark, as the others were seen before him, and with the comics market the way it now is, it’s unlikely we’ll see another hundred issue run on a corporate-owned superhero title. 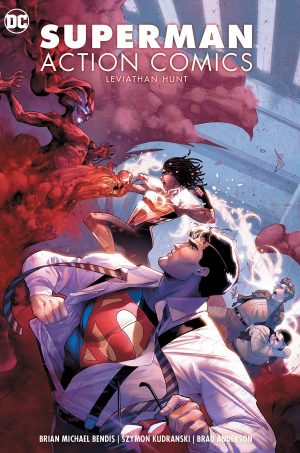 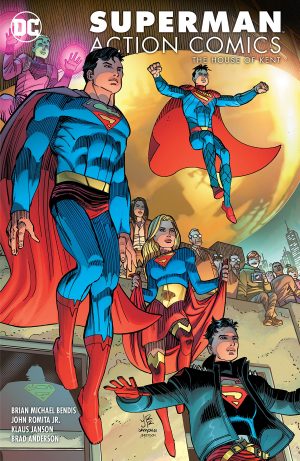