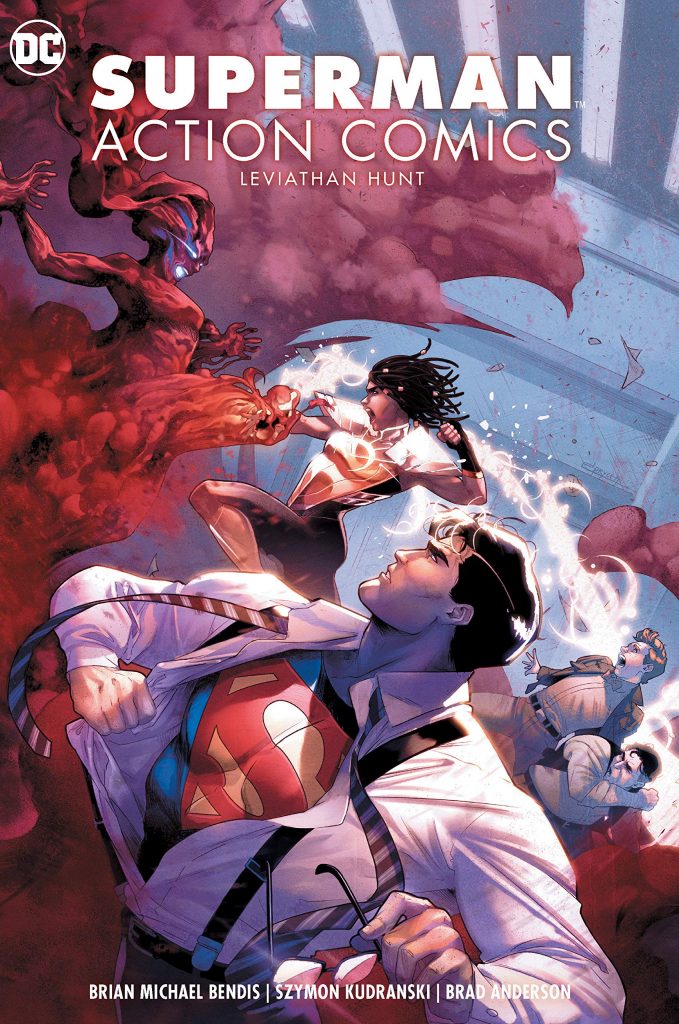 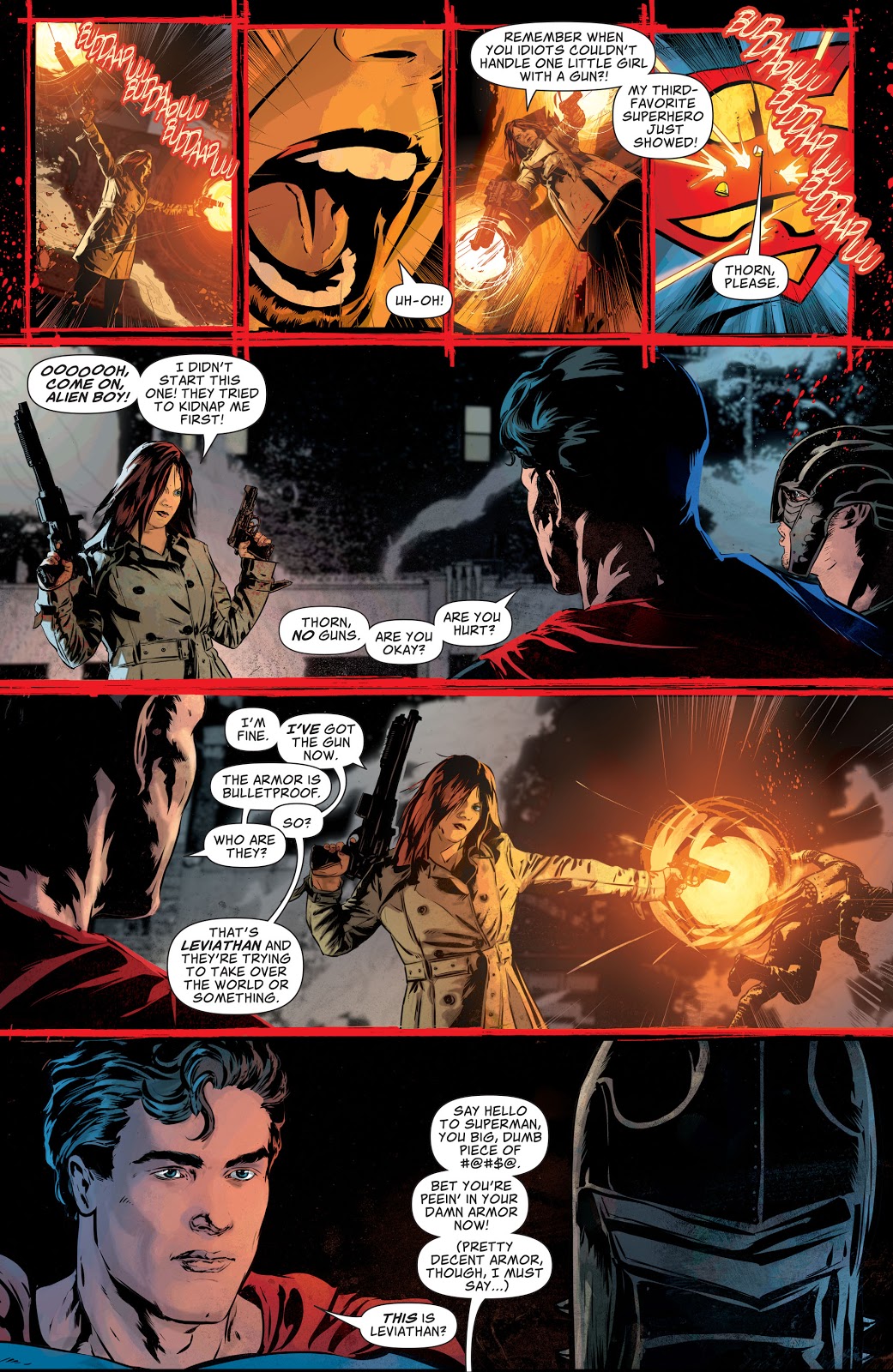 As the title suggests, much of this graphic novel is concerned with tracking down Leviathan, the person or organisation that’s wiped out the effectiveness of every other secret organisation on Earth whether allegedly civic minded or terrorist. It continues directly from Leviathan Rising by padding around the edges of what’s going on, providing little hints in the darkness as to who or what Leviathan might be. This is with minimal participation from Superman over the first half, Brian Michael Bendis keeping the focus on the Daily Planet and its staff, while continuing to filter in both Metropolis characters long forgotten from the past and new creations.

It’s the peculiar schizoid combination of timid Rose Forrest and alter-ego the Thorn representing the past. Bendis supplies a more realistic expulsion of repressed anger when Thorn is in control, perhaps for the first time making her the truly terrifying unhinged personality she’s always meant to have been. Lex Luthor’s sliming around in the background and the cover shows new character Naomi, and the Red Cloud, already well known to Metropolis, but here given an upgrade. Of all the treatments, it’s Naomi’s who’s the most interesting, Bendis producing one of those moments that should be so obvious, yet it wasn’t until he pointed out. A young girl develops super powers, and doesn’t know how or why, and her first thought isn’t to figure it out alone, but to travel to Metropolis and find Earth’s greatest hero.

Szymon Kudranski draws the entire story in his precise and polished way, offering some decorative panel borders, well-designed action pages, and gloriously distinct people. To be picky, his Batman is a little blocky, but that’s inconsequential in the face of page after page of first rate storytelling.

There’s the occasional piece of over-writing, where Bendis is more concerned with the flow of the dialogue than the plot, but he otherwise serves up good drama and intriguing action. The Daily Planet’s new owner is revealed, and perhaps not the threat assumed, and by the time of the next volume, Metropolis Burning, the Leviathan plot has been sort of dealt with in Event Leviathan.