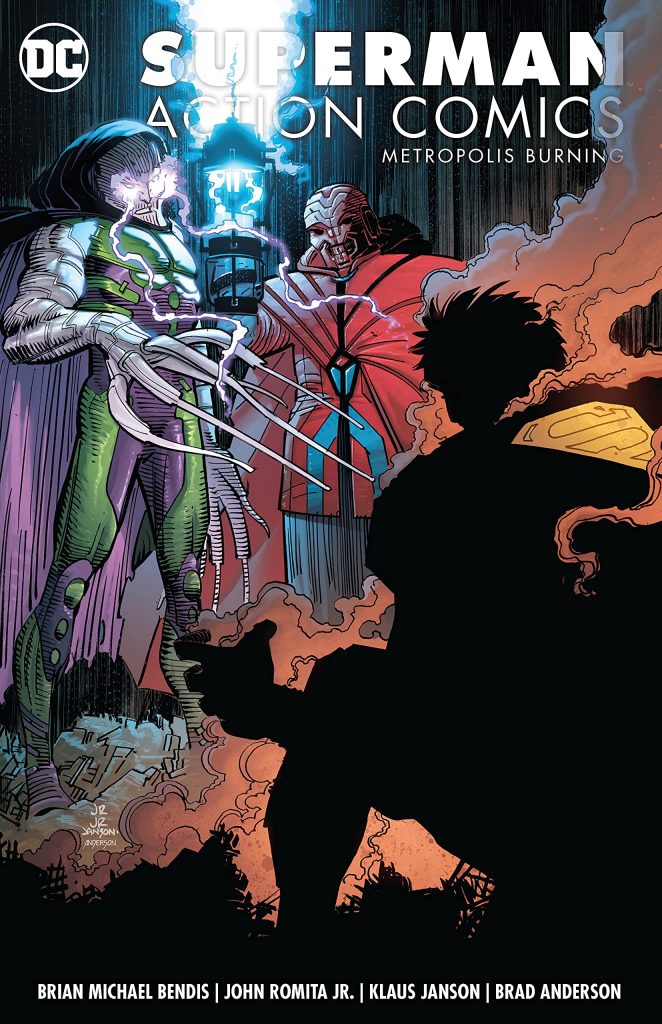 Until now Superman’s greatest enemy has barely been seen in Brian Michael Bendis’ run, but that’s largely because he’s wanted for bigger things, Lex Luthor’s Legion of Doom plaguing the wider DC universe. Given an organisation with that sort of scope, it’s only natural that Leviathan’s devastation of the world’s intelligence agencies would be of interest, but would Luthor consider him an enemy or a potential ally?

Over the previous three volumes the Superman: Action Comics brand has featured its fair dose of Superman action, but it’s generally been slipped in between the day to day drama of the Daily Planet supporting cast or what the villains are up to. There was a slight shift at the end of Leviathan Hunt, but this is very much shock and action first, and drama second. We learn a little about Luthor and his allies, are provided with an origin for the Red Cloud, and have more machinations from Leviathan, seemingly little concerned that his identity was splashed across the front cover of a newspaper. Now revealed, he’s not as intriguing as he once was. The use of teleporting powers is neat, but for someone who’s supposed to have the stated purpose of improving humanity he’s sure beginning to sound like the standard monologuing super villain.

Part of the reason for focussing on the action is the presence of John Romita Jr as artist. He and Bendis have collaborated very successfully before, most prominently when relaunching the Avengers. Romita is a long proven bedrock of quality, and with fellow long proven talent Klaus Janson inking, it’s an appealing art combination that supply some fantastic looking pages. However, there are also a fair number pages that are fine by anyone else’s standards, but don’t match what Romita can generally turn out, with sketchy figures and crowded panels that wouldn’t be distinctive were it not for his style. By the final chapter, the cracks are showing, with an especially grim, twisted Superman on a page near the end.

It’s also the weakest Bendis outing on Superman: Action Comics so far. Luthor and allies are attempting to cause the maximum possible damage to Metropolis with no concern for life, yet this is represented by the single school bus, which is hardly imaginative, and neither is a powerless Superman screaming that Luthor is a monster. As Bendis has entertained before this, we can only hope for better in House of Kent. The hope for that is provided at the end. The Daily Planet has always presented as a beacon of honesty and truth, so what happens when there’s solid evidence that’s in the public interest, yet will have grave consequences for the paper itself?