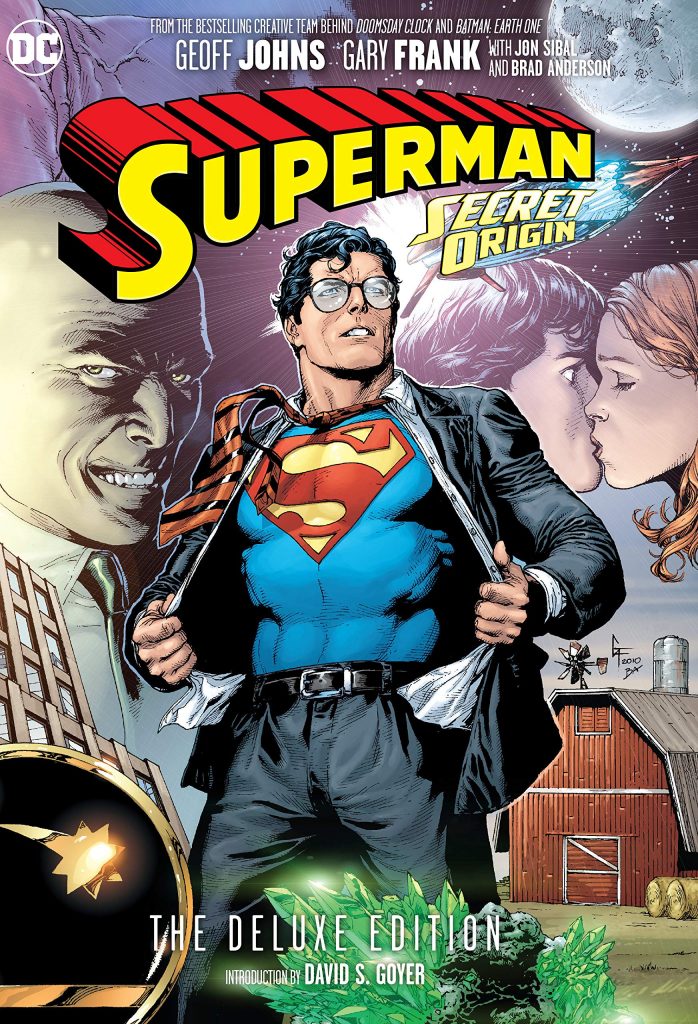 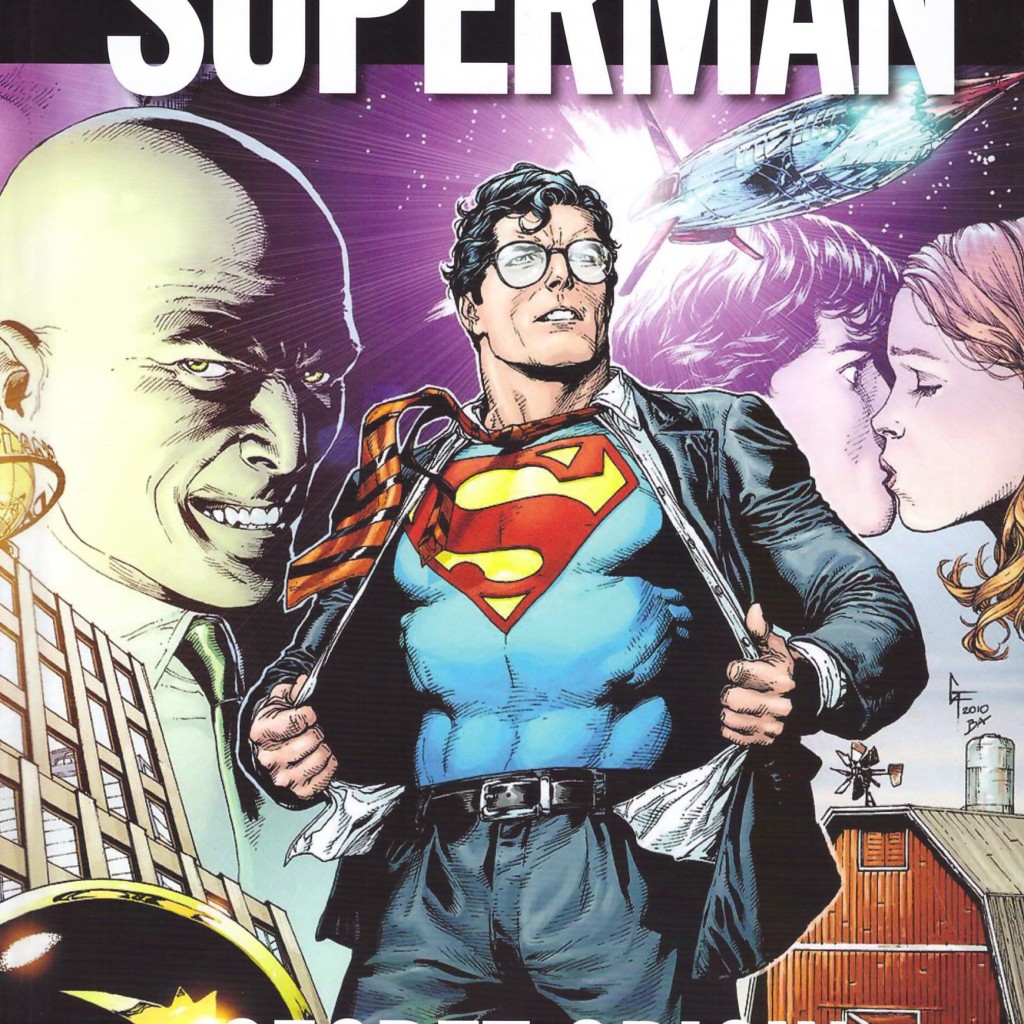 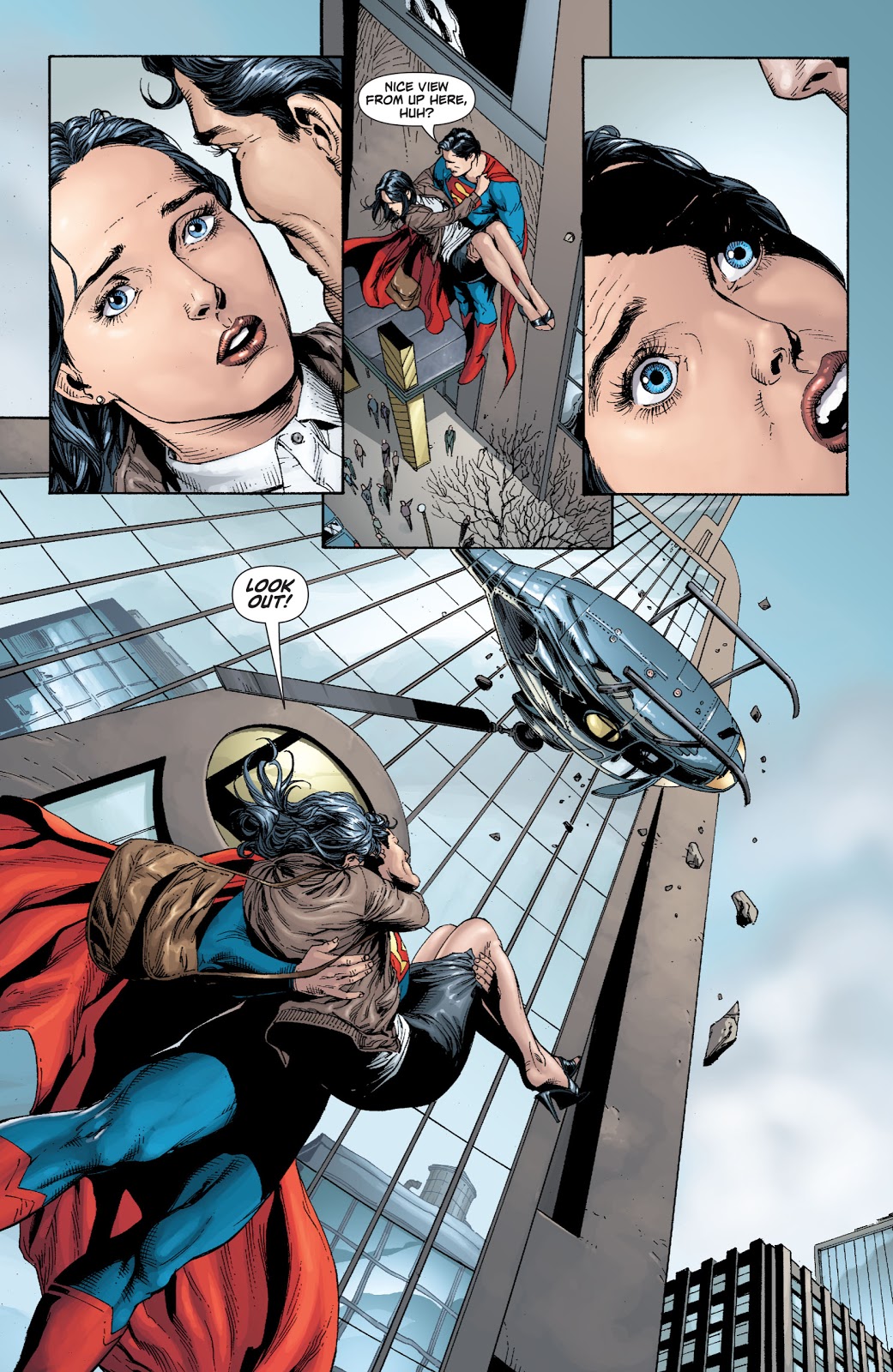 During Superman’s earliest days his origin story was a single page encompassing all the details others have expanded ever since. There have been many reworkings and expansions (see recommendations for some), and the 21st century creators at least have all managed to add some new wrinkle. In the case of Geoff Johns and Gary Frank it’s a portrayal of a man with powers everyone else on Earth envies desperately wanting to fit in and be human. Clark Kent’s grown up in Smallville always knowing he’s different, and a charming opening third of Secret Origin shows his world expanding along with his doubts as he learns the truth about Krypton, meets Lex Luthor, is subjected to kryptonite for the first time, and is conflicted about his relationship with Lana Lang. An unusual moment for such projects is incorporating the Legion of Super-Heroes arriving from the 30th century to provide a pep talk and take him for a visit to show him what his later exploits are destined to inspire. “Don’t be shy Kal. Your secret identity doesn’t matter where we’re going”, explains Saturn Girl, “everyone already knows it”. That’s perhaps not as comforting as she intends.

By the time Clark reaches Metropolis, Luthor is already there, his activities greatly impacting on the city for better or worse. Johns overplays the clumsy Clark Kent as if a sitcom scene, but that’s mixed with Frank providing an iconic first appearance of Superman in the city, and Johns’ recreation of an old Superman villain is nicely foreshadowed. A consistent problem, though, is Johns characterising the cast in broad strokes. An arch and arrogant Luthor is possibly supposed to draw comparisons with a Bond villain, but too many secondary personalities might as well just shamble on panel to announce “I’m the brutal soldier” or other such instant imprinting.

Considering this is a reworking of Superman’s earliest public moments, it’s somewhat ironic that the best part of Secret Origin is where Johns definitively departs from the reconfiguration to present his own straightforward Superman adventure. It has been cleverly constructed via earlier moments, and moves to Superman given a challenge that super strength, flying and heat vision aren’t going to overcome. It also makes sense of Superman’s insecurities, as he’s ethically bamboozled by people confidently twisting the truth to match their agenda.

If there are misgivings about some aspects of the writing, they evaporate on looking at Frank’s art, which is clear, and provides phenomenally powerful action scenes, along with the wonder of seeing Superman when he’s not yet a widely recognised public figure. Importantly, he defines the human emotions so necessary to Secret Origin. It’s a mixed bag overall, but that’s not down to the art.

The British hardcover edition included in the DC Comics Graphic Novel Collection features an extra ten page short from the 1950s by Jerry Coleman and Al Plastino. ‘Clark Kent’s College Days’ is typical period fodder about a professor convinced Superboy is in his class. In this edition, like some of the pages from the main story, it’s strangely cropped, far too close to the edge of panels, some which lose their edges.