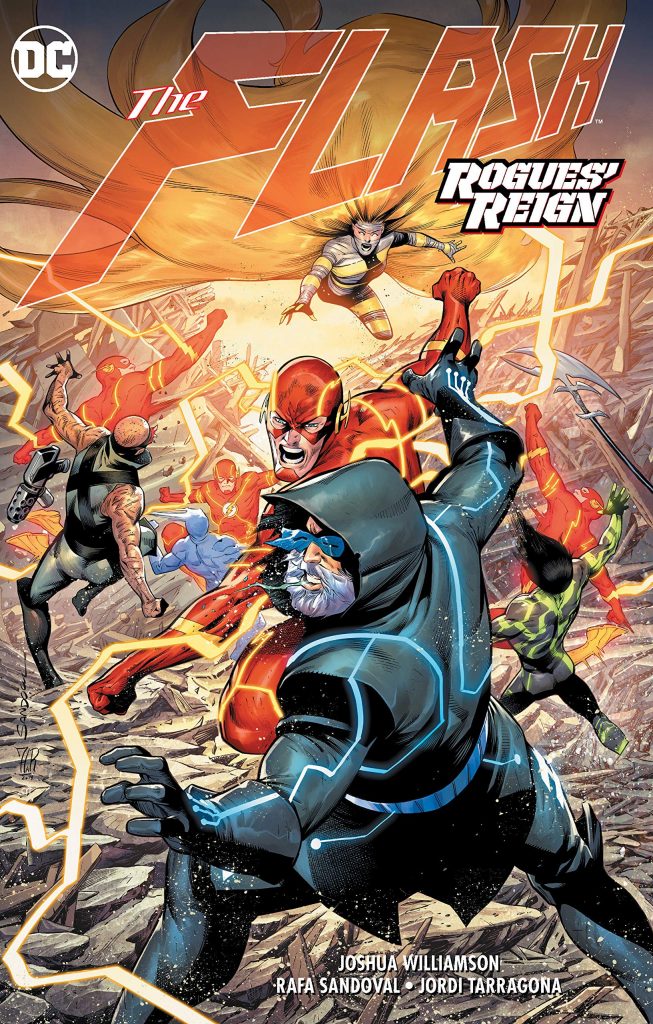 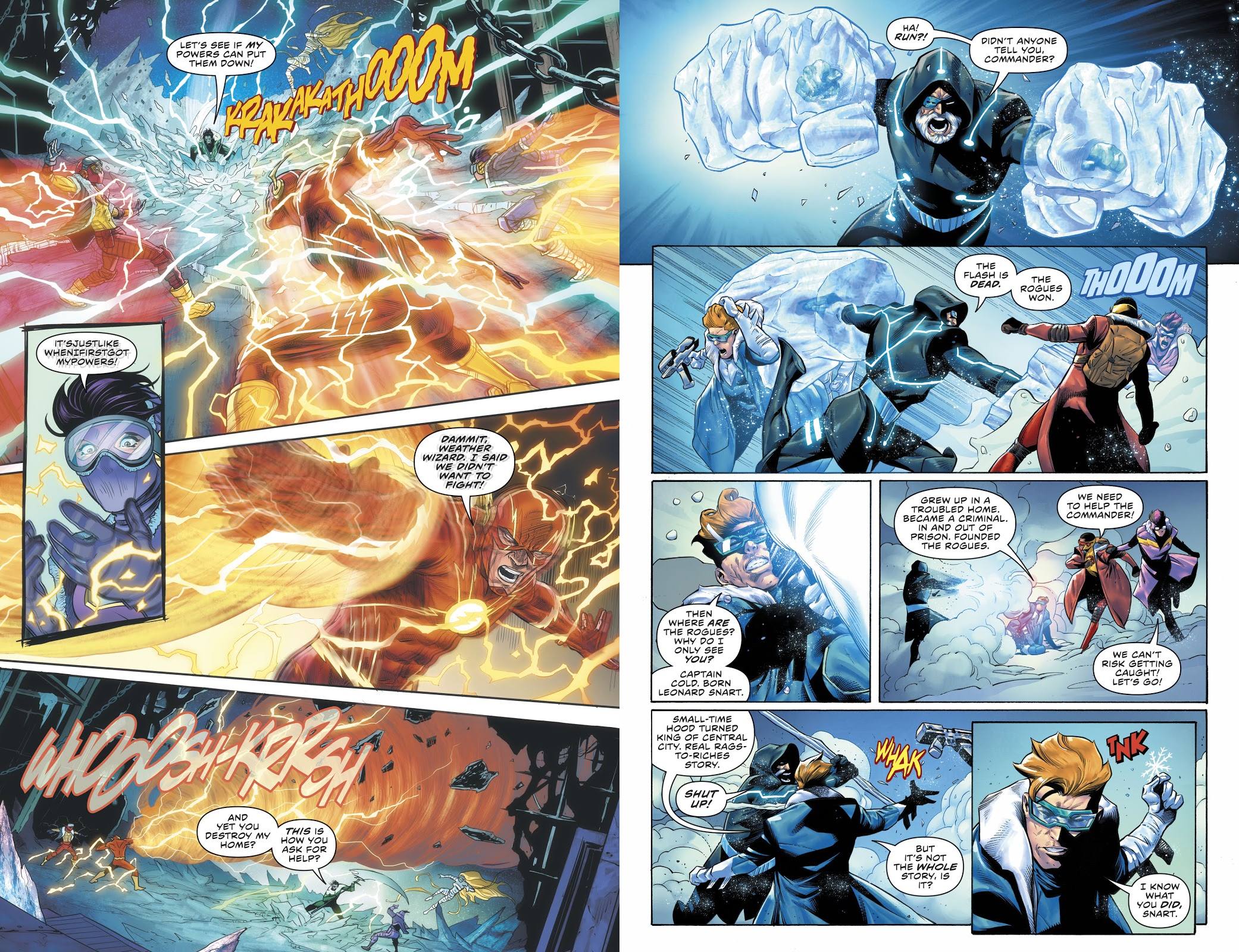 A short introduction nicely drawn by Christian Duce leads into Rogues’ Reign, showing Captain Cold disenchanted with the Suicide Squad and accepting some technology from Lex Luthor. This presumably occurred before we saw him gathering the Rogues back together during the course of Death and the Speed Force. That ended with time and the multiverse seemingly fracturing, from which the main story jumps forward a little, with the Rogues in complete charge of Central City and Flash nowhere to be seen.

Early on we have the inevitable confrontation between Captain Cold of the 21st century and Commander Cold from the 25th century, but it’s surprisingly brief, an appetiser rather than an event. Joshua Williamson knows his Flash history and uses it smartly, his stories having the feel of the classic light adventure, but actually extremely dark with increasing frequency. This escalation of horror is to the point of legitimately questioning whether it’s out of place, cheap shock instead of substance. As Williamson plots for the long term, the truth of that will be revealed as he closes off his run in The Finish Line. Captain Cold, or King Cold as he is here, provides the narrative captions for much of Rogues’ Reign, and he’s the villain Williamson is most at home with, entirely corrupted by his newfound power boost. Ordinarily Flash has problems with the Rogues, but as well as the villains being boosted, Williamson has him operating under a handicap. For clever reasons he can’t use his super speed, at least not to begin with!

The curse of the shifting artists strikes again, with Rafa Sandoval and Duce having clashing styles, Duce being more realistic. Sandoval, though, turns in better pages than was the case on the previous volume, with a greater sense of composition and action. Duce is also good on parts of the title story, but different.

Because Flash has fought the Rogues as a unit so frequently, Williamson has to come up with something new to make his version stand out. To some extent he achieves this. Most readers won’t see where the plot is heading, although the cost of increased powers is the lack of imagination. There was nothing wrong with Weather Wizard as he was, and tying him into elemental forces is a weak upgrade. Likewise the reasons Captain Cold can now act like the X-Men’s Iceman remove him from what previously made him interesting as a working class villain with ethics. Twisted ethics, but ethics none the less.

For an ending to his penultimate chapter Williamson drops a surprise with some logic to it, leading to a conversation between Flash and Captain Cold that blows, well, hot and cold. In parts it touches on the convolutions of their combative relationship, and it others it reads like two schoolkids having an argument, frequently employing less than sparkling dialogue. It ends melodramatically as Williamson prepares for The Flash Age. Rogues’ Reign is exemplified by the final chapter only occasionally sparking into life and it’s the weakest outing overall since Williamson found his feet on The Flash. 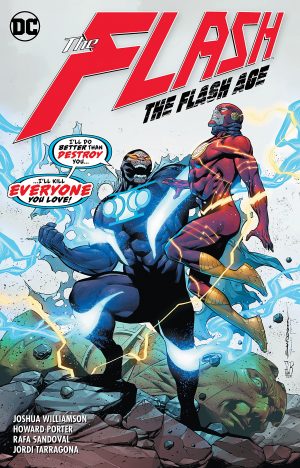 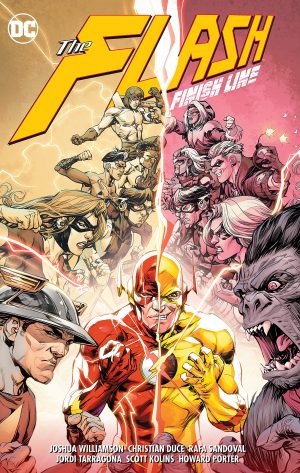 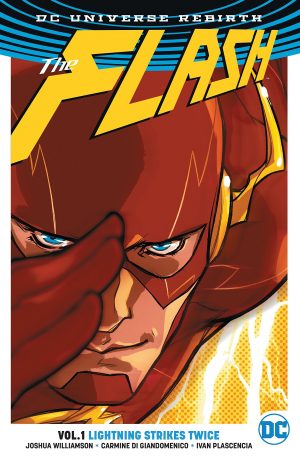 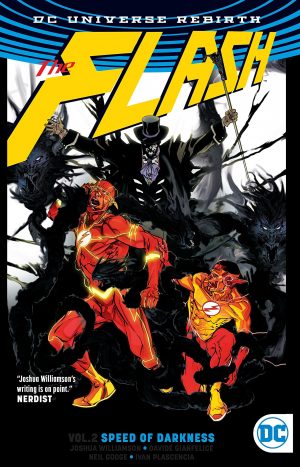