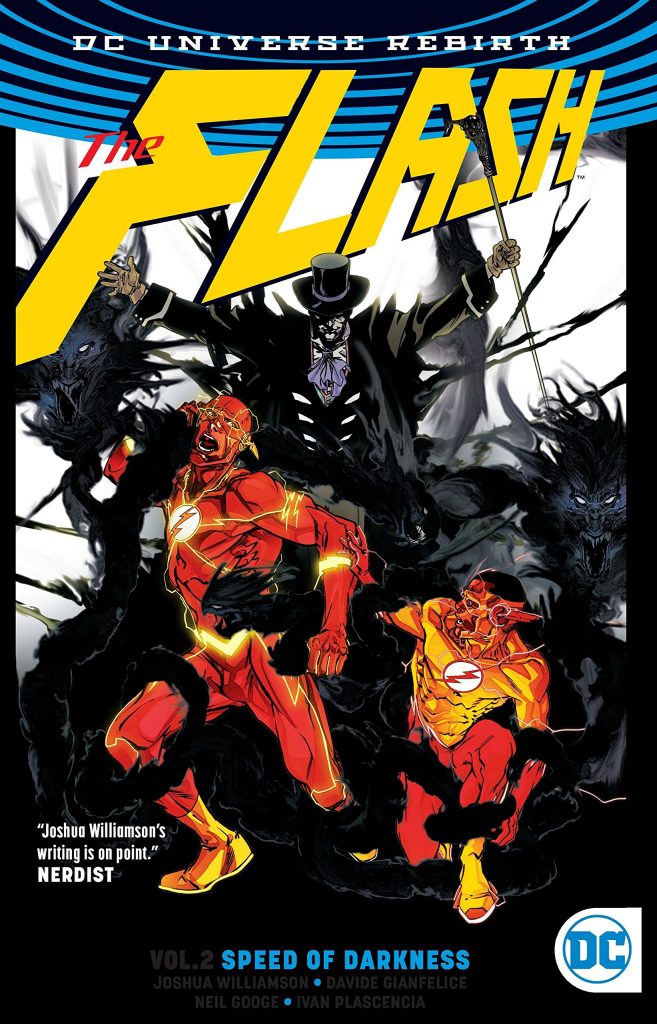 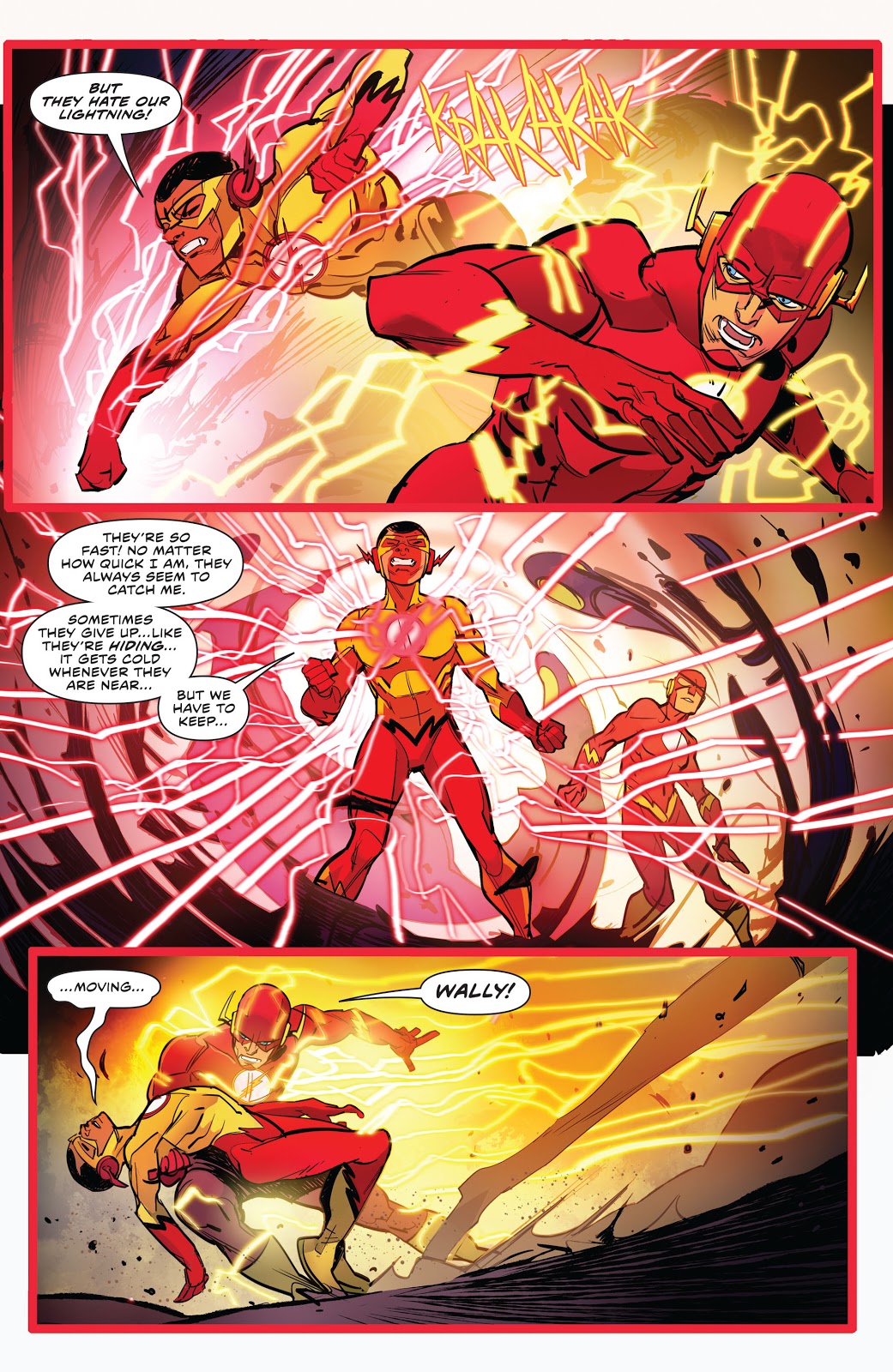 Much of Speed of Darkness is Joshua Williamson setting up future plotlines. He establishes that Flash can suffer a speed force overload, that there’s something attempting to suck him away from reality, and Wally West (African-American version) discovers the truth of his parentage. We also learn that the Rogues, Flash’s Central City villains gallery, are no longer resident, and that new villains are stepping in to fill the vacuum, but let’s hope any others are more thrilling than Papercut.

The primary story, though, features a supporting character thoughtfully characterised in a 1990s series, picking up on their story since they were last seen. At first it seems as if Williamson’s just reverted them to type, but he’s a better writer than that, and their problems reach out to involve the Flash, Kid Flash and Iris West. While it’s nice to see that character again, it appears on this basis that Williamson is running a contracted version of one his major plots, that of an essence somehow becoming tainted, and the conclusion is rapid given a protracted set-up. It’s not the only problem. There’s a poor Iris West moment conveniently fundamental to the plot, and also not ringing true is Kid Flash’s obsession about not knowing the Flash’s civilian identity. He views it as a matter of trust, when it comes over as selfish entitlement, and so forced drama. It’s actually given some justification in the next volume, but here it’s not impressive.

An average story wouldn’t seem so bad were it not for the curse of changing artists. The sample art is from Davide Gianfelice, the only artist to draw two of the five chapters, but not very well. His pages are limited to some degree by the location, but figures intended as dynamic are stiff and distorted, with no thought given to the overall look of a page. Surprisingly, the better known Jorge Corona, good elsewhere, is equally ill at ease on the opening chapter. Felipe Watanabe and Neil Googe are more imaginative, with Googe drawing a great Captain Cold in E-Type Jaguar.

A trip into the darkness is bookended by two standalone stories, Papercut blighting the first, and the far better second being Wally taking care of Flash business as Barry Allen goes on a date, which is nicely set up. The entire story is a sentimental reminder that Williamson is a good writer, but it’s not enough to compensate for a fair amount of going through the motions beforehand. Given the late appearance of Captain Cold it seems what the Rogues have been up to will be revealed in Rogues Reloaded, but it’s a concern that the quality dips from Lightning Strikes Twice rather than rises.

The first two volumes of this Flash reboot are also combined in hardback as Flash: Rebirth Deluxe Edition.