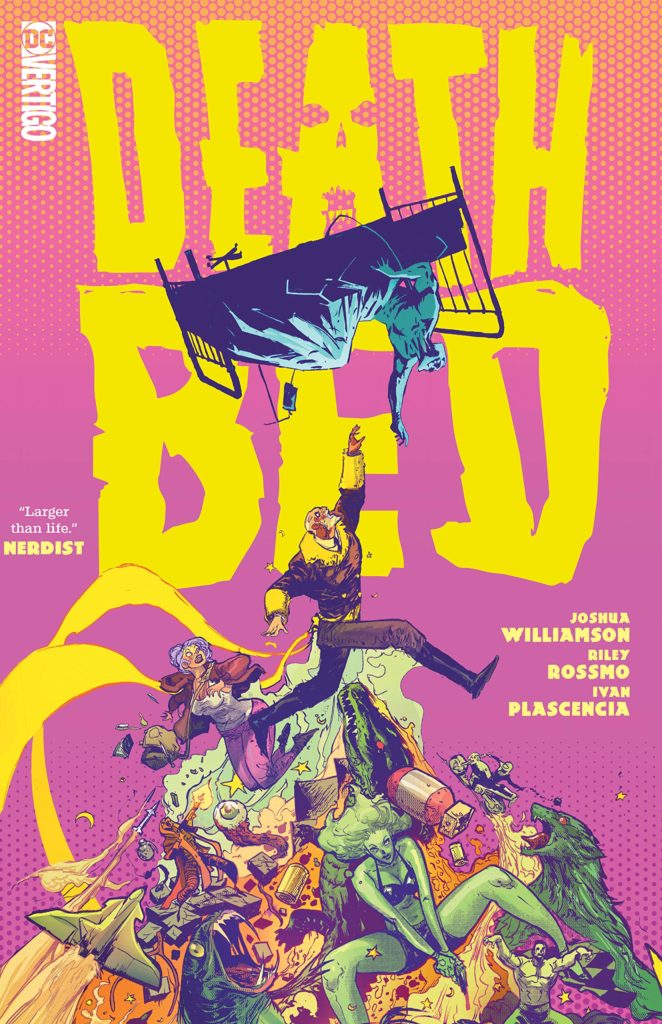 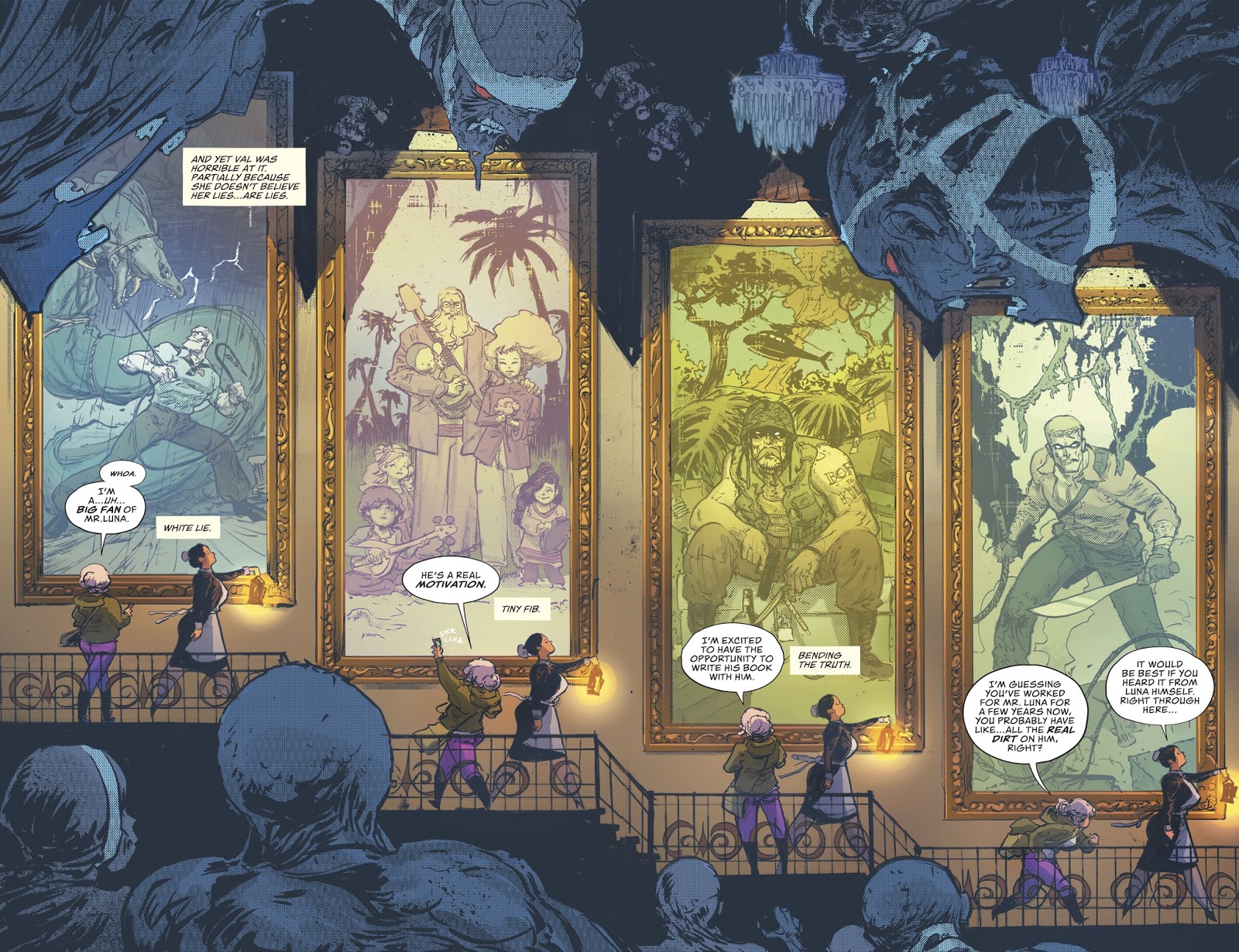 Val Richards is not the writer she thought she’d be, good enough to ghost books for others, but lacking the imagination to create worlds of wonder herself. So, why would almost unknown wealthy recluse Antonio Luna personally ask for her when he decides to dictate his deathbed memoir? He claims his story is the greatest of all time, and Joshua Williamson and Riley Rossmo do their best to live up to that. Val experiences a sample of it during her first meeting, when a group of zombie mummies break their way into the house and attempt to murder Luna.

Rossmo’s artistic performance equals the wonders of Luna’s life, the eye-popping sample spread being only a smidgen of both. Luna’s a hedonist who’ll never turn a new experience down, and always on the move, dragging Val from one fantastic environment to the next, which means a requirement for Rossmo to skim across multiple imaginary scenarios. The wonder is not only down to the work he puts in – again, see sample spread – but how that work resonates. At first glance items included in a spread or a creature will appear ornate, yet featuring standard shapes, but looking more closely will reveal insane, funny or plain disturbing details. There’s also a fluidity to figures almost leaping from the page. The whole of Deathbed is one hell of an immersive artistic experience.

There’s a neat surprise in the opening chapter, when it turns out Luna isn’t quite as decrepit as he’s been making out. Slashing the zombie mummies to pieces is an easy task, and the thrust of the story is foes of Luna attempting to murder anyone who can corroborate aspects of his life. Will he go to his grave completely fictionalised, or will someone survive to confirm his legacy? If Luna is to be believed, and this is crucial, there’s scarcely an artistic or sporting discipline he’s not mastered, nor an adventurous career he’s not experienced.

As part of Deathbed Williamson asks whether a story is more important than the truth. In the end does it matter whether Luna has done everything he claims to have done, or is telling it convincingly of greater importance? He stitches together Luna’s life from assorted sayings, some quoted and explored like “write what you know”, “when I was a man I put away childish things” and “you are what you eat”. Others equally applicable aren’t quoted, but serve as an undercurrent. There’s a relevancy to “follow your dreams”, “live life to the full”, “the truth’s the same as lies” and the journey being the experience, not the ending.

Pulling the curtain back, Deathbed concerns the process of writing, essentially the evaluation of ideas to distil a story, and it’s where the focus drifts away. As long as Deathbed is a breakneck sprint through Luna’s life it has a bonkers energy, but Williamson seems to have had no idea where to take it, so it becomes reflective and self-flagellating in staggering to a hokey ending. The art, however, raises it above average.