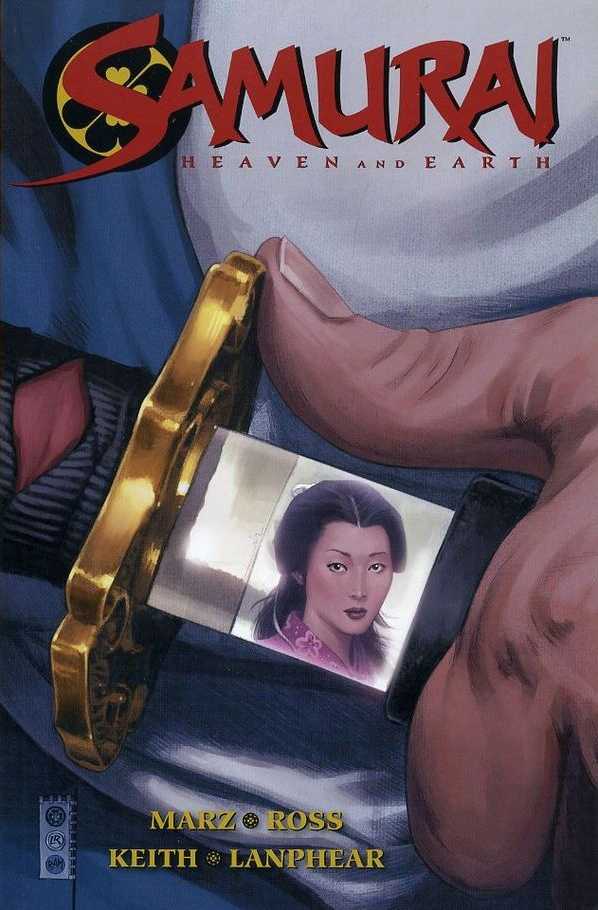 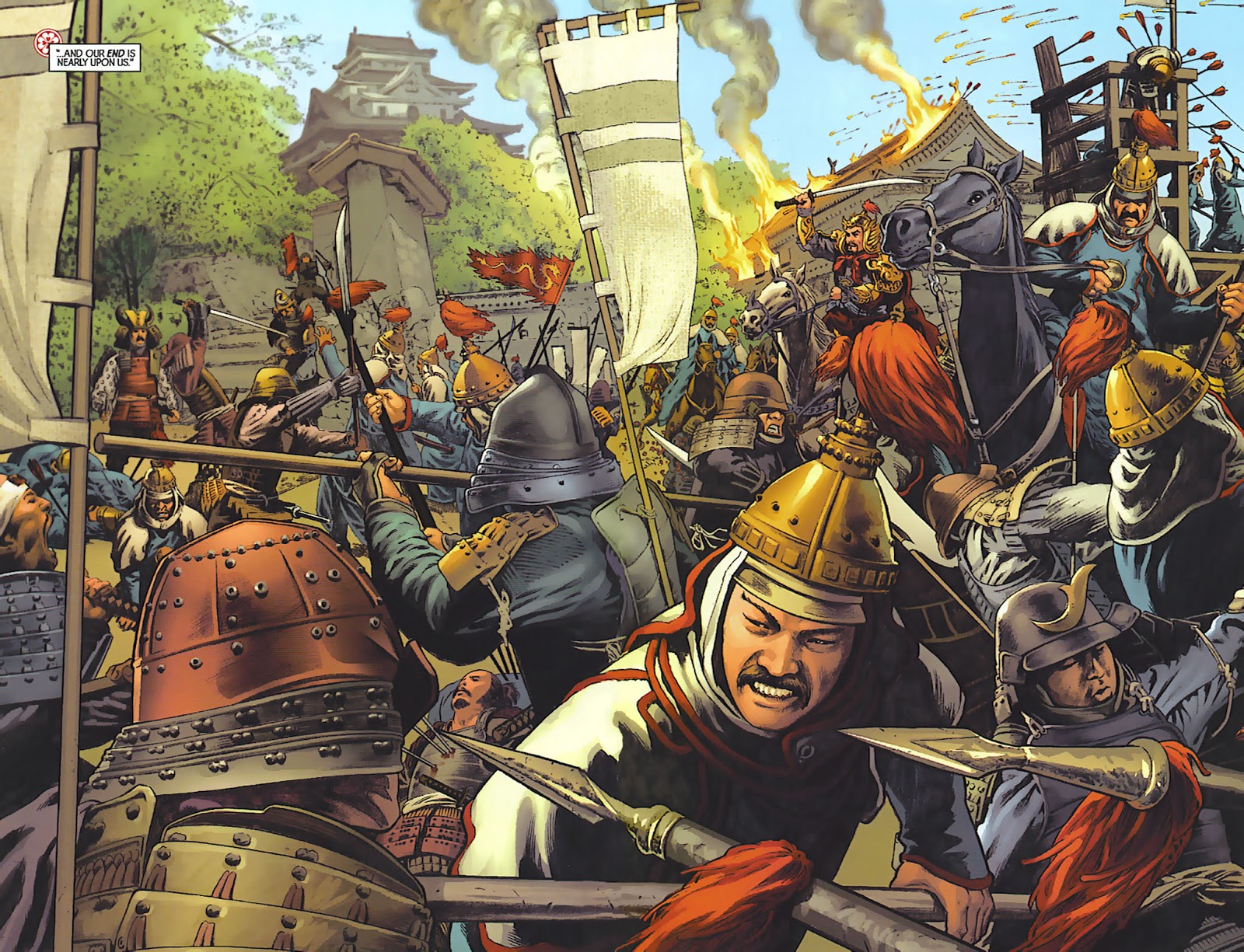 Heaven and Earth opens with Warlord Hsiao ending a decades long enmity with Lord Tokudaiji, overwhelming his forces with the sheer numbers of his army. Our sympathies, though, are not with the early 18th century Japanese general, but with one of Tokudaiji’s warriors, Shiro, a man in love with the alluring Yoshiko. When Tokudaiji’s small force is slaughtered, Shiro survives, but learns Hsiao has abducted Yoshiko. With that Ron Marz sets the scene for a quest, the Heaven and Earth of the title what Shiro intends to move in order to be reunited with Yoshiko.

Samurai trappings are just a way into what Marz presents as a rollicking period adventure, each chapter a thrilling, yet separate episode, rather like old TV shows used to be. Marz makes neat use of the historical possibilities, and mixes in an abundance of cultures as Shiro fights his way westward meeting Chinese warriors riding elephants, Arabian slave traders and their camels, and eventually French musketeers in the court of Louis XIV. Marz’s plot is novel and effective, but what really sells it is the stunning art of Luke Ross, which might be mistaken for painting were Jason Keith not separately credited for colouring. The combination is phenomenal, Ross revelling in the changes of scenery, in every chapter presenting at least one jaw-dropping spread, montage or full page illustration, and every page filled with sumptuous cultural detail. Did Ross research or create? It doesn’t matter because what he presents is utterly convincing, whether it’s the statuary and legendary gardens of Versailles or the elegance of Japanese pagodas. What’s amazing is not that as the story continues the statues carved into the entrance of Notre Dame are impressionistic, but that Ross put so much effort into detailing the earlier scenes. He’s not one for shaded lighting, yet the effect is still extremely three dimensional, with Keith’s contribution essential. His bright colouring provides a mood distancing Heaven and Earth from other Samurai works, yet also sculpts the figures.

Marz deliberately characterises Shiro as relatively one-dimensional in the tradition of movie loners. He says little, but speaks loud. “I am samurai” or “I have come for the Lady Yoshiko” conveys volumes. When he suddenly drops into an extended plot recap in the middle of the third chapter, it requires checking to see that he’s not been replaced by a doppelganger somewhere along the way. The racist undertone of European people’s reaction to a Japanese warrior is somehow more disturbing than earlier decapitations, but is also Marz being true to the times. He cleverly insinuates Shiro into places and situations by virtue of his warrior skills, introducing him to equally larger than life personalities, with the presentation of the Three Musketeers nicely handled. So is the infusion of 19th century European politics.

The idea is good, the art is astonishingly good and everything leads to a satisfyingly thrilling fifth chapter finish. Is Shiro reunited with Yoshiko? Well, there is a Heaven and Earth Vol. 2. 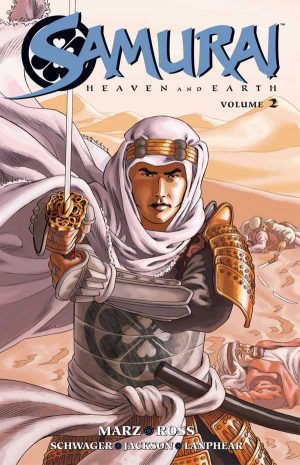