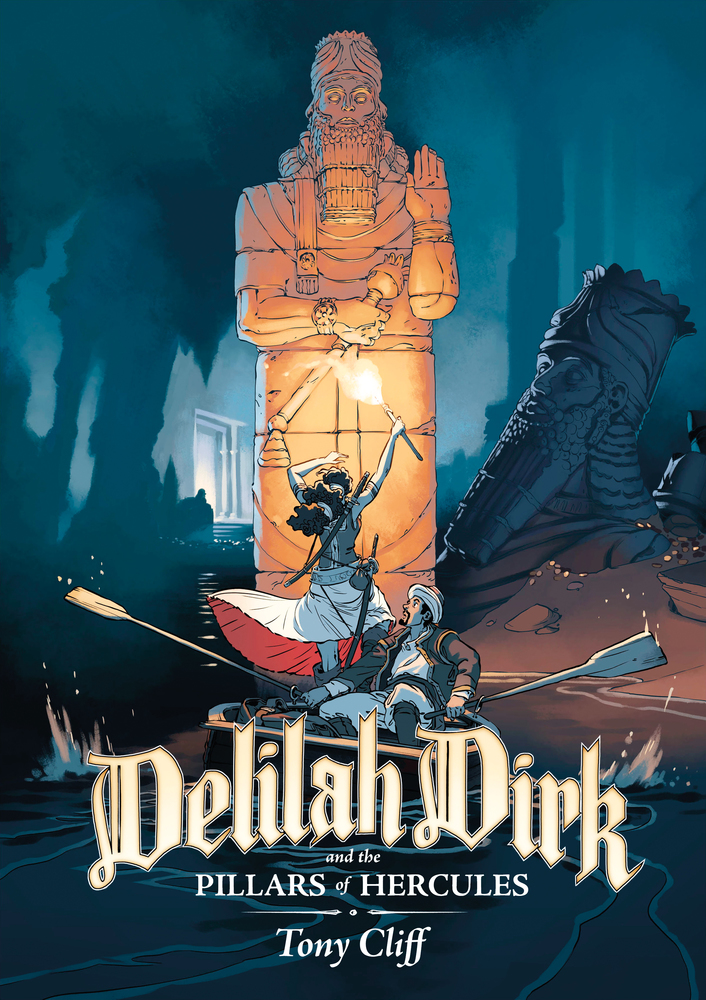 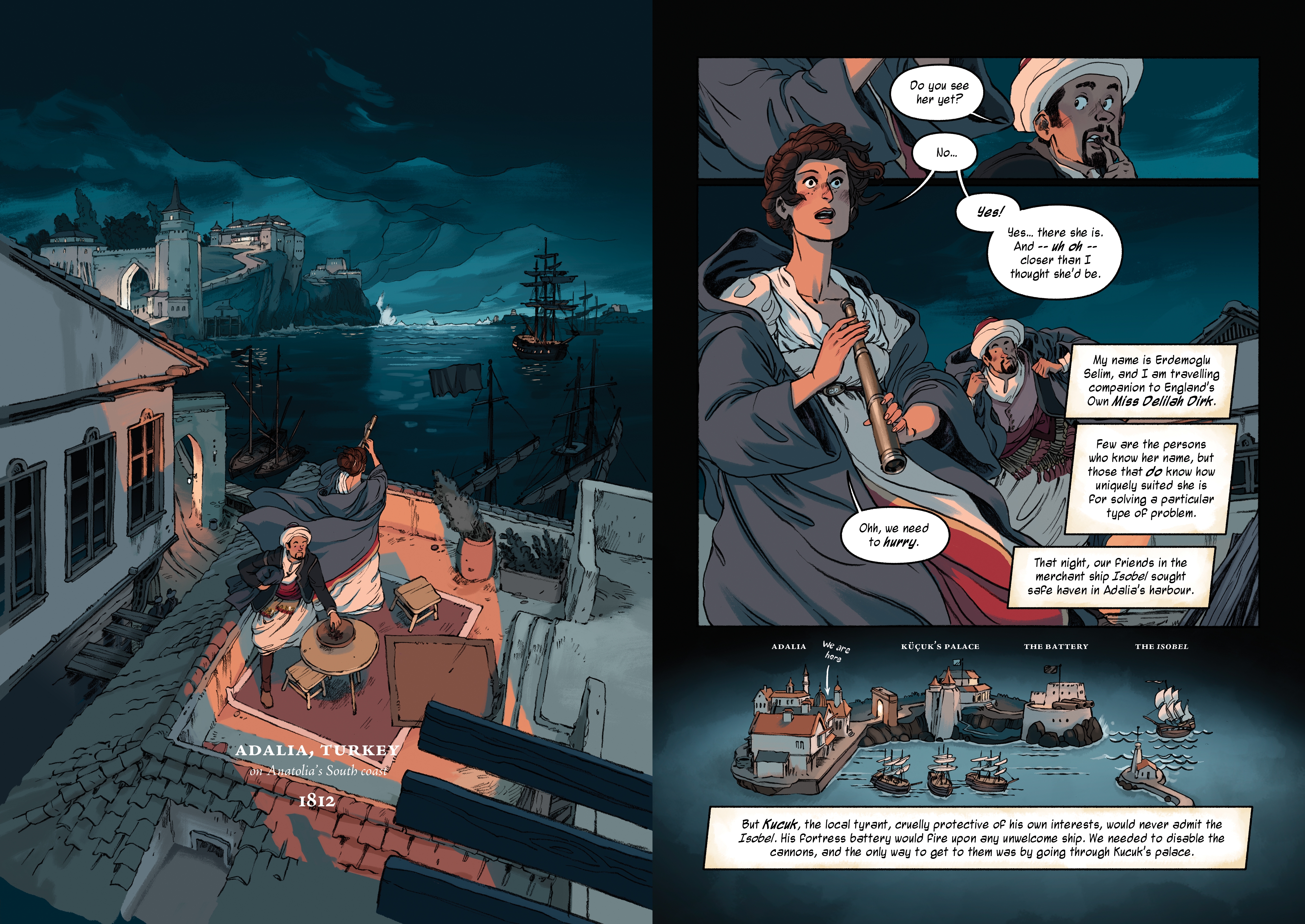 Everything that’s great about Delilah Dirk herself and Tony Cliff’s storytelling is supplied in a tense and thrilling twenty page sequence opening The Pillars of Hercules, from which the sample spread is taken. On an appalling stormy night a ship belonging to friends of 19th century adventurer Delilah desperately needs shelter, but the only port belongs to a Turkish warlord Küçuk, quick to use his cannons on strange ships. Can Delilah and her friend Erdemoglu Selem disable those cannons while the warlord is holding a party nearby? Cliff conveys the desperation on board the ship, and teases with Delilah being delayed at the party, while also showing how she’s checking her options all the time. It’s a fantastic establishing set-up for the following two hundred pages, during which Delilah travels the length and breadth of the Mediterranean, meets an old enemy, finds herself jailed, and discovers many things.

She and Selim fall in with an elderly Dutch writer, historian and explorer Laurens Van Hassel, keen to beat Küçuk to an ancient burial site uncovered by a landslide, and that begins a quest for treasure and a lost city. Cliff supplies the glorious adventure, endearing characters and historical scope found in the Flashman novels, and applies the fast pace of cinema adventure, never skimping on detail, be that costumes, locations or scenery. Being both writer and artist he can trust himself to explain the plot visually, so wordless sequences are frequent, and his Delilah is again fascinating. She’s optimistic, capable and never at a loss, beautifully presented by Cliff as an always alert force of nature, and yet not entirely without vanity. “Why don’t you ever describe me as ‘a fearsome heavenly torrent’”, she asks Selim coquettishly, “that sounds wonderful”. She’s utterly entrancing.

Any period treasure hunter can’t escape the influence of Indiana Jones to a degree, but Cliff seeds his story with mysteries, Delilah questioning why things occurred and who was responsible. Is Van Hassel entirely what he seems to be, for instance? A nice narrative trick is that everything appears to be cut and dried around two-thirds of the way through, but it’s not, and Cliff presents an imaginatively audacious and prolonged finale via the clues he’s waved in front of our faces all along.

Cliff’s progress has been astonishing. The Turkish Lieutenant was a very confident début, The King’s Shilling improved on that, and The Pillars of Hercules is another step up, the sheer bravado delivering historical adventure to be ranked with the best. The only shame is that First Second continue to issue Delilah Dirk in their standard pocket paperback format when the quality of Cliff’s art cries out for European album sized presentation.