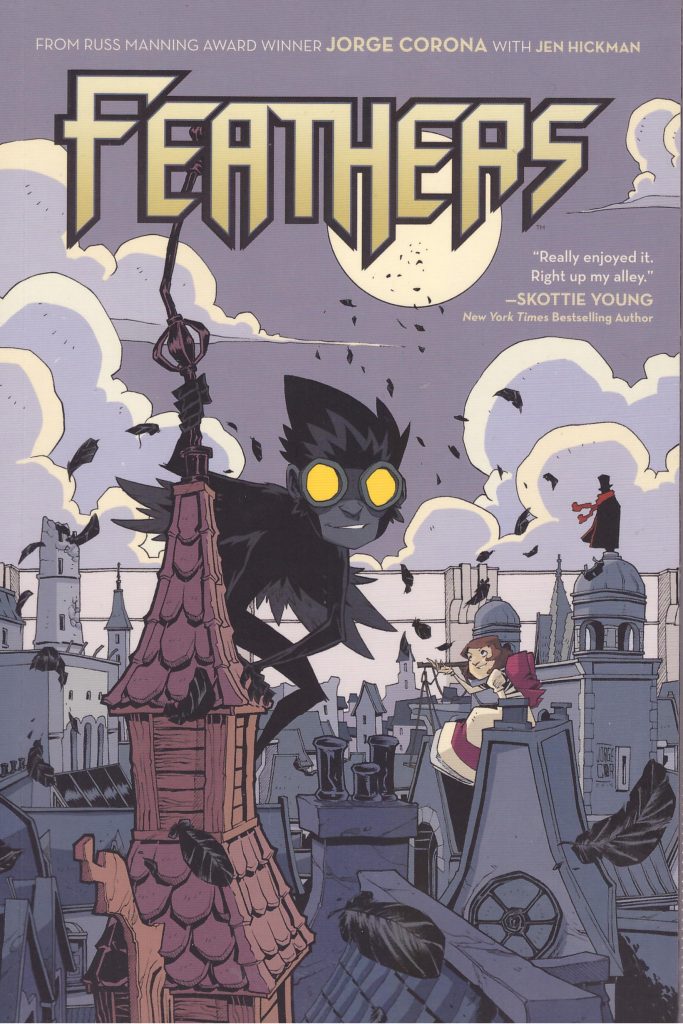 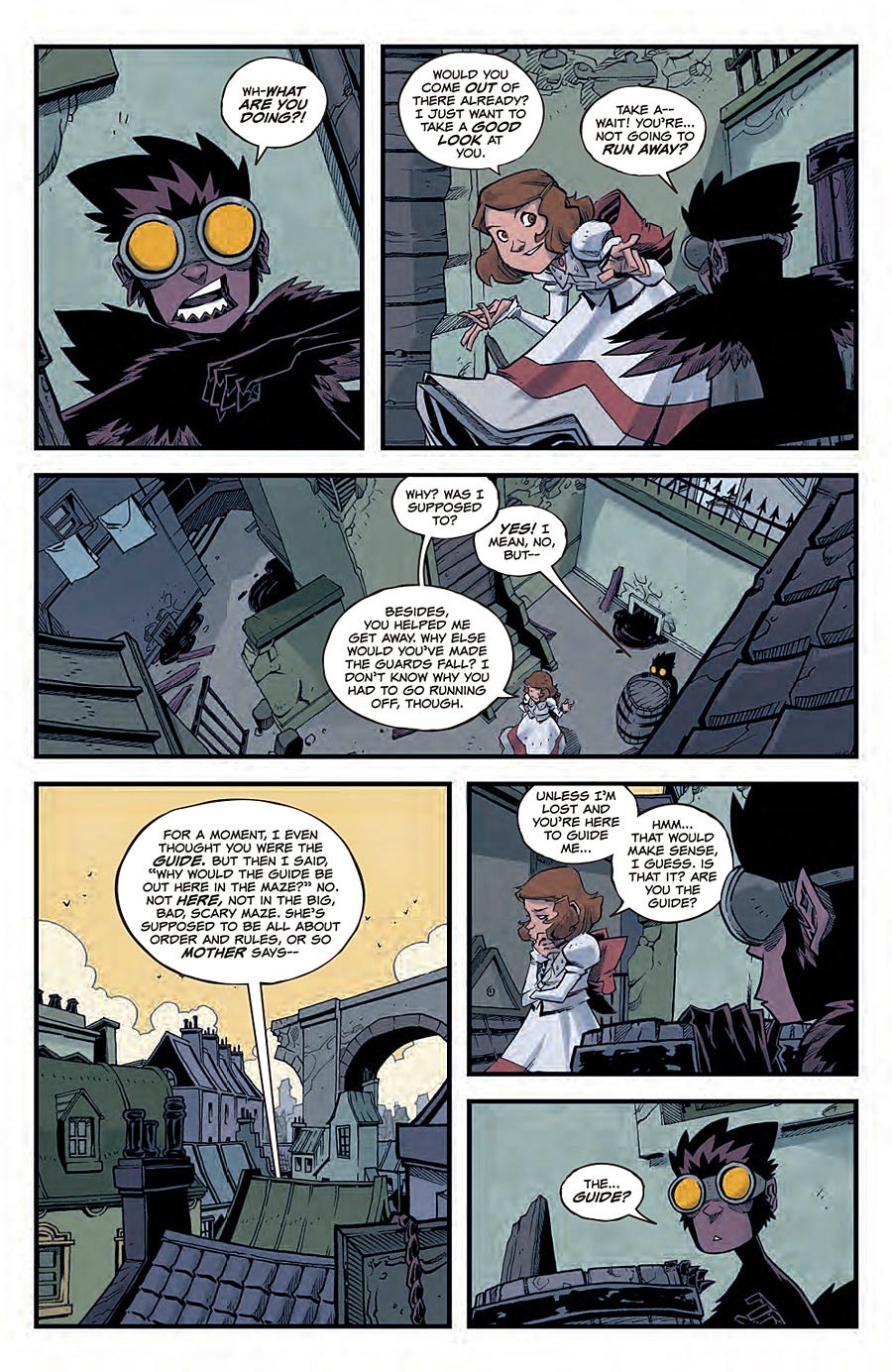 In a deeply divided eighteenth century city, the district housing the poorest is known as the Maze, which technically sits outside the high city walls. It’s in the Maze that old Gabriel finds an abandoned baby covered in feathers, and is kind enough to raise him. Eleven years later Poe still has feathers, and needs the distinctive orange glasses seen on the cover illustration to navigate at night as he has sensitive eyes. The girl behind him is Bianca. She’s the daughter of a city planner, but bored with her privileged position. “All I’m asking is to see what’s out there. Just once”, she complains, “Just one adventure”. She finds more adventure than she could anticipate when accompanying her father on a tour of the Maze.

Feathers mixes Oliver Twist with the mood of a Disney style fantasy quest and fairy tale elements. Venezuelan creator Jorge Corona’s detailed Dickensian society has the poor downtrodden ignored, with gangs of children running wild and fending for themselves as the only way to survive. They all fear the Ghost who’s abducting children then never seen again, and associate him with Poe. Poe and Bianca make for an unlikely couple, but Corona gives them a believable reason for bonding at first, then involves them in a mystery that captivates throughout. Corona constantly swerves the plot into new directions, but always in a logical and well foreshadowed way, and he keeps the drama levels high, on occasion raising them to desperation. There’s some great world building, Corona never slackening off and ensuring his cast populate evocatively designed locations. You can almost smell the squalor of the packed alleys on some pages. That’s partly down to Jen Hickman’s thoughtful colours, which are especially good in defining shades of night.

Everything draws to an appropriately desperate last chapter, and although it’s the revelation and resolution we want, it’s also the least defined episode, with the villain’s motivation somewhat questionable. It’s not enough to counter what’s already been read, just the most predictable part, but while the story finishes, the world doesn’t. One of the weaker aspects is the two character voiceovers at the start, but Corona reveals them at the end to hint at a bigger picture, suggesting a sequel. It would be welcome.