The Fabulous Furry Freak Brothers: The Idiots Abroad and Other Follies 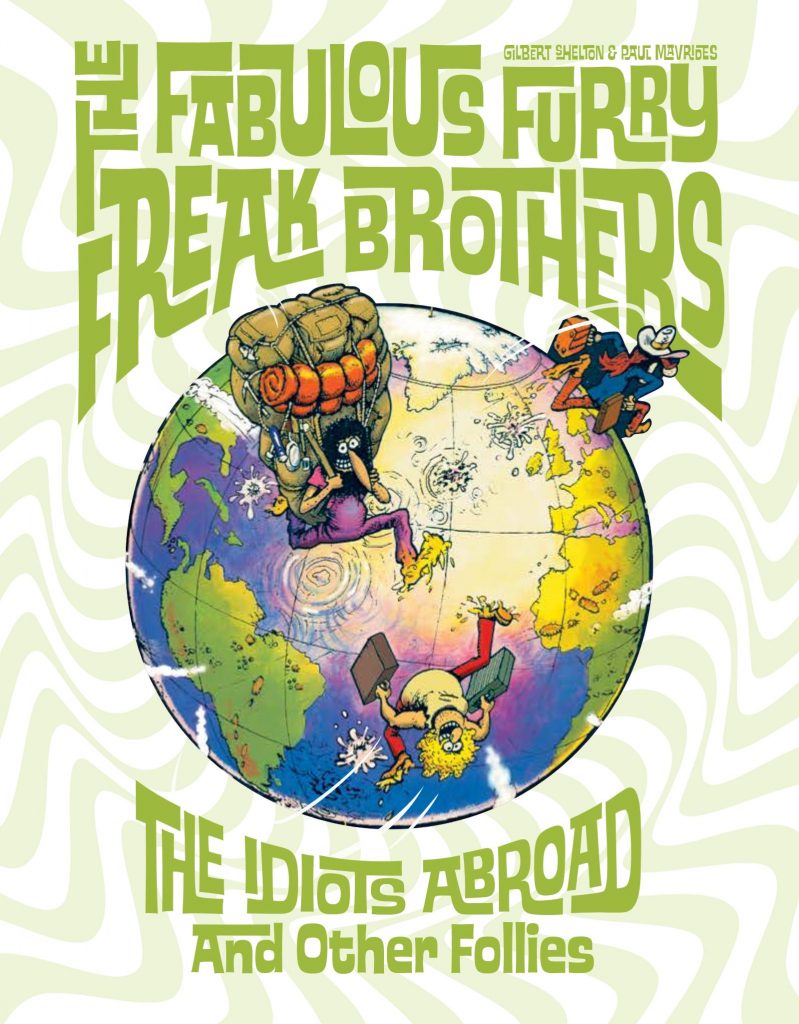 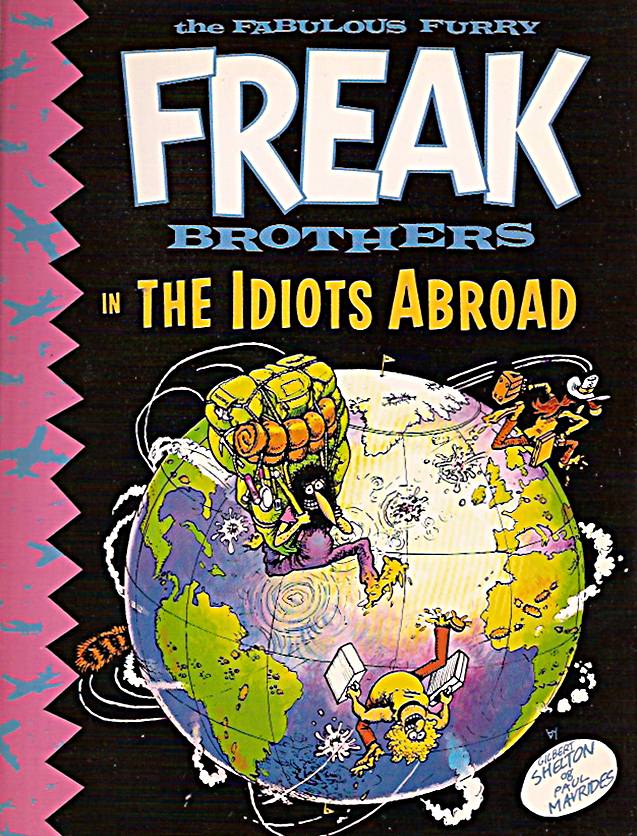 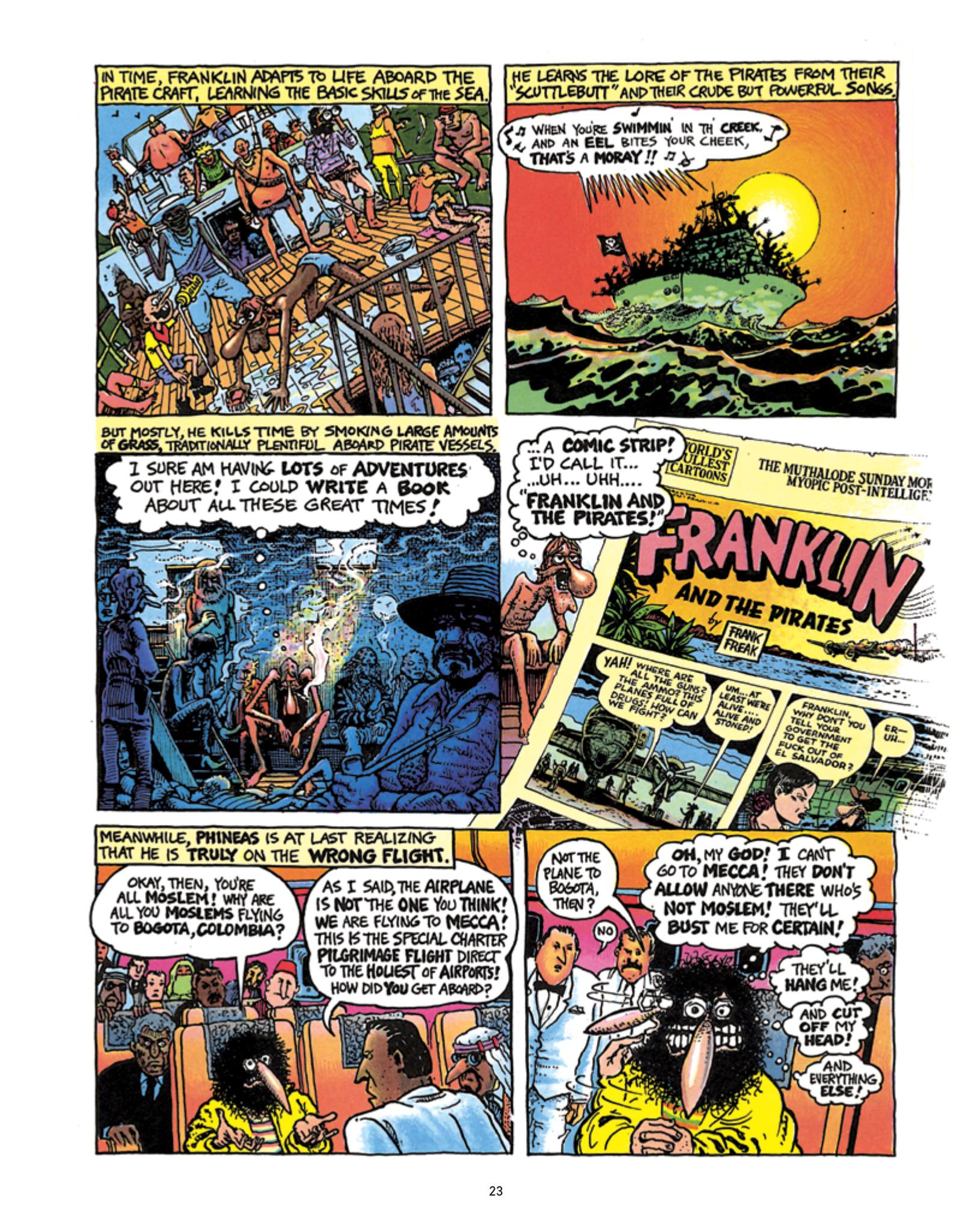 The Fabulous Furry Freak Brothers shambled out of the Underground Comix counter-culture wave in 1968, with creator Gilbert Shelton co-founding his own company to publish them. Rip-Off Press maximised the reefer madness, and the hilarious antics of the “Freaks” (contemporary term for lazy, dirty, drug-taking hippy folk) quickly captured the imaginations of the more open-minded portions of America and the world, not to mention their kids.

The addictive adventures of Freewheelin’ Franklin, Phineas T. Freakears and Fat Freddy Freekowtski (and his cat) have the pace and timing of a comedy master. The strips combine canny satire, worldly cynicism, surreal situations, drug-based scatological sauciness and an astounding grasp of human nature in brilliantly comedic episodes that cannot fail to amuse anyone with a mature sense of humour.

Despite the hippy-dippy antecedents and stoner presentiments, Shelton is irrefutably a consummate professional. His ideas are always enchantingly fresh, the dialogue is permanently spot-on and his pacing perfect. The stories start strong and relentlessly build to spectacular – and often wildly outrageous, hallucinogenic yet narrative-appropriate – climaxes. Franklin is the tough, street-savvy one who can pull the chicks best, Phineas is a wildly romantic, educated and dangerous (to himself) intellectual whilst Fat Freddy is us. He’s weak-willed, greedy, not so smart, vastly put upon by an uncaring universe but oddly charming. One last point: despite the vast panoply of drugs ingested, imbibed and otherwise absorbed, both real and invented, the Freaks don’t ever do heroin – which should tell you something.

‘The Idiots Abroad’ began serialisation in 1982, and has since been compiled in various editions, culminating in the publication of this 2022 hardcover.

The alternative anarchy and high-strung hilarity opens with a cunning monochrome introduction from creators Shelton and full collaborator Paul Mavrides set in the high-tech Rip Off Press high-rise. After that the scene switches Oz-like to full-colour as the beardy boys, just chilling in their latest crash-pad, realise that they’re paying too much for their drugs. If they just holidayed in Colombia they could buy the stuff at source and make a killing…

Keen and eager the trio set off for the airport, expecting an easy flight to their Promised Land. Fat Freddy falls in with a drunken bunch of Scottish football fans, Phineas accidentally boards a jet for the Middle East and only Franklin actually gets on a plane for South America. Sadly, it’s a package tour of survivalists. Ever vigilant, the US government quickly dispatches dedicated super-cop Norbert the Nark to follow the Brothers.

Shelton and Mavrides’ epic farce involves freedom fighters, eco-warriors, the global military conspiracy to seize control of human civilisation, the oil industry, and far more as one of the Freaks actually parlays a new religion making them the richest person on the planet.

This epic escapade of inspired insanity is among the Freak Brothers’ very best exploits, and this new edition includes back-up material. Fat Freddy’s Cat, absent for the main event, is given full wacky reign in ‘War of the Cockroaches’, previously issued separately, and reviewed here. Patrick Rosenkrantz then supplies biographies of Shelton and Mavrides.

Without Shelton and the Freaks the whole sub-genre of slacker/stoner movies, from Cheech and Chong’s assorted escapades to Dude, Where’s My Car? and all the rest – good, bad or indifferent – wouldn’t exist. Whether or not that’s a good thing is up to you.

Chaotically satirical, poisonously cynical and addictively ludicrous, the madcap slapstick of the Freak Brothers is always an unbelievably potent tonic for the blues. However, if you’re still worried about the content, which is definitely habit-forming, simply read but don’t inhale… 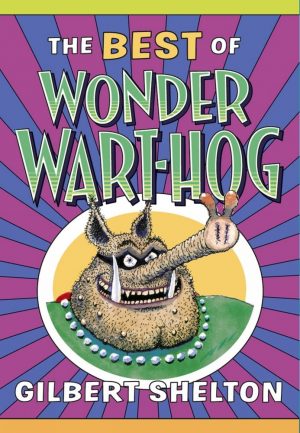 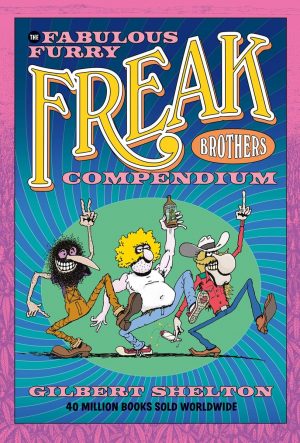