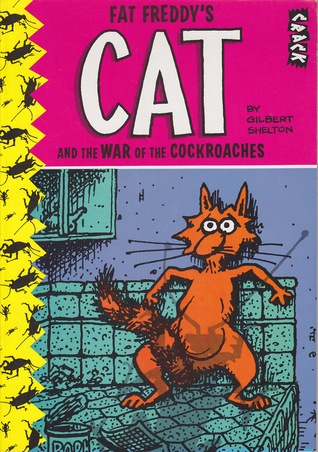 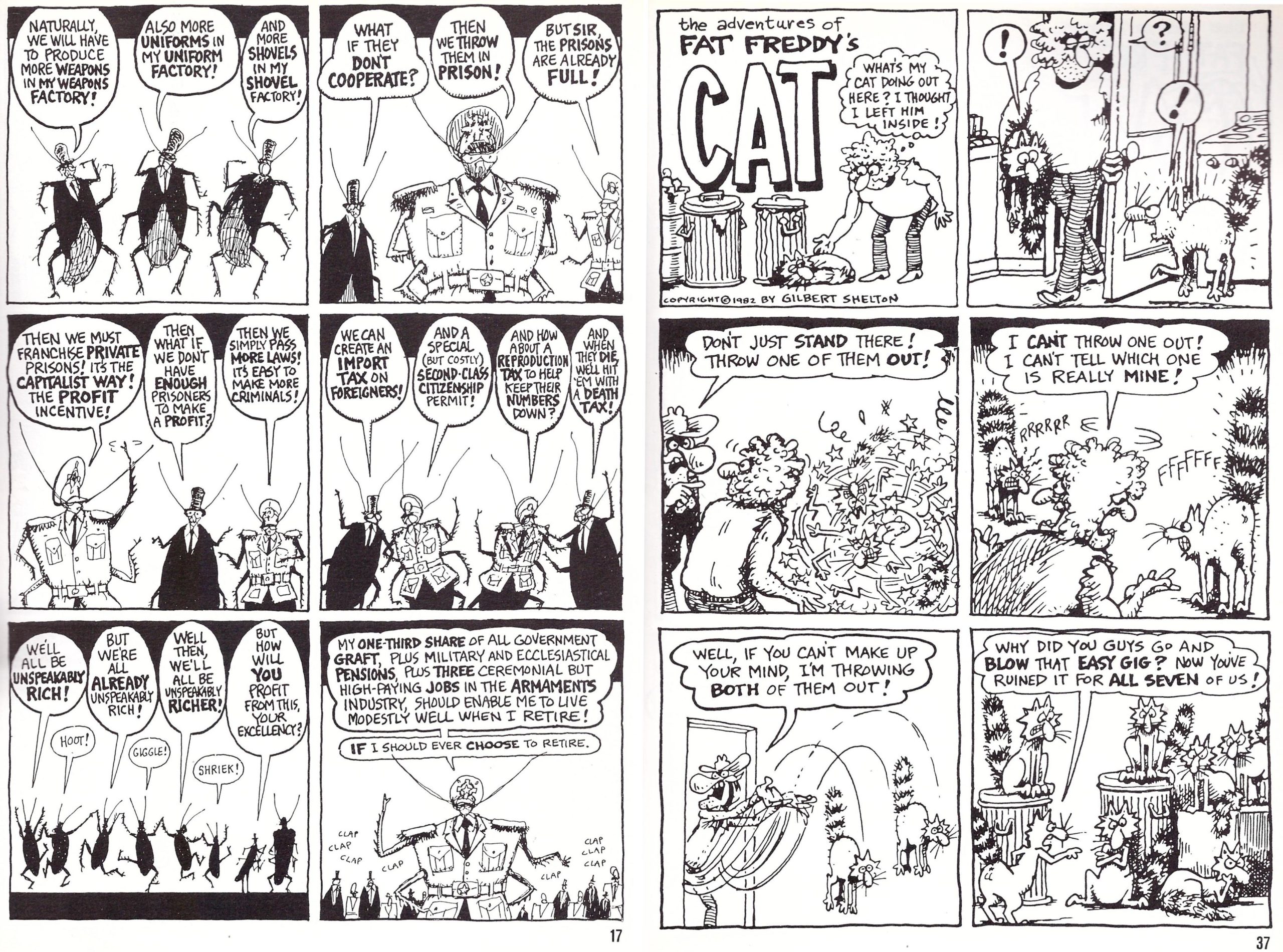 Gilbert Shelton would plot long Fabulous Furry Freak Brothers episodes, but when it came to Fat Freddy’s neglected, resourceful and occasionally plain malign cat, his preferred form was the one page gag strip. Examples of those can be found after the main story, which at 28 pages is somewhat of a departure. Truth be told, it’s episodic, something too grand to fit the usual Fat Freddy’s Cat strips even if contracted, yet rambling when the constituent parts are combined for a full story. As the action’s being related by the cat to others, Shelton even comments on the off-point nature in-story.

The Freak Brothers are away somewhere, as usual leaving Fat Freddy’s Cat to fend for itself. This coincides with an infestation of cockroaches in the apartment block, and the result of the residents dealing with that is that every cockroach in the building decamps to the Freak Brothers’ pad. Whereas before each of two opposing armies of cockroaches had their own vast territory, they’re now restricted and clashing. Shelton takes the opportunity to make a few gags about the military-industrial complex, communism, and movie studios reducing everything to the lowest common denominator, ending with a nicely drawn bit of slapstick. With Donald Trump as US President the left hand sample page reveals little has changed in almost forty years.

However, Fat Freddy’s cat is seen to far better effect in the baker’s dozen of single page strips that round out the book and raise the overall rating. A couple fall flat, but most are still imaginative and funny, while the personality Shelton gives the cat is a delight.

This collection is long out of print, and everything can now be found in the all-encompassing Fat Freddy’s Cat Omnibus.