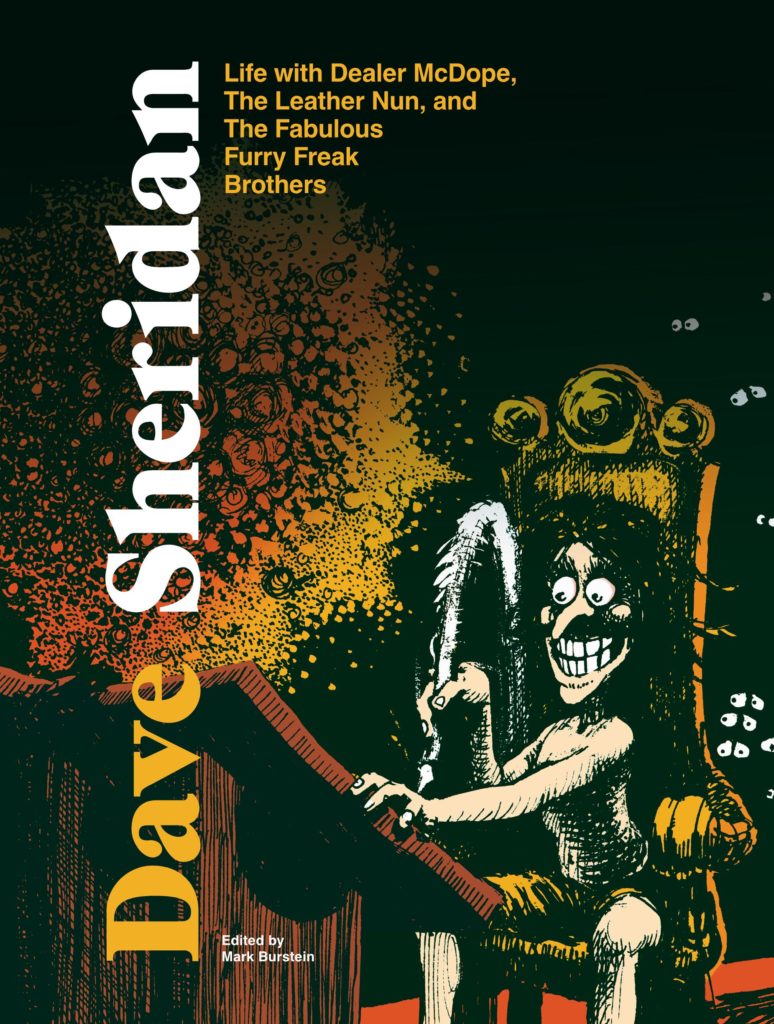 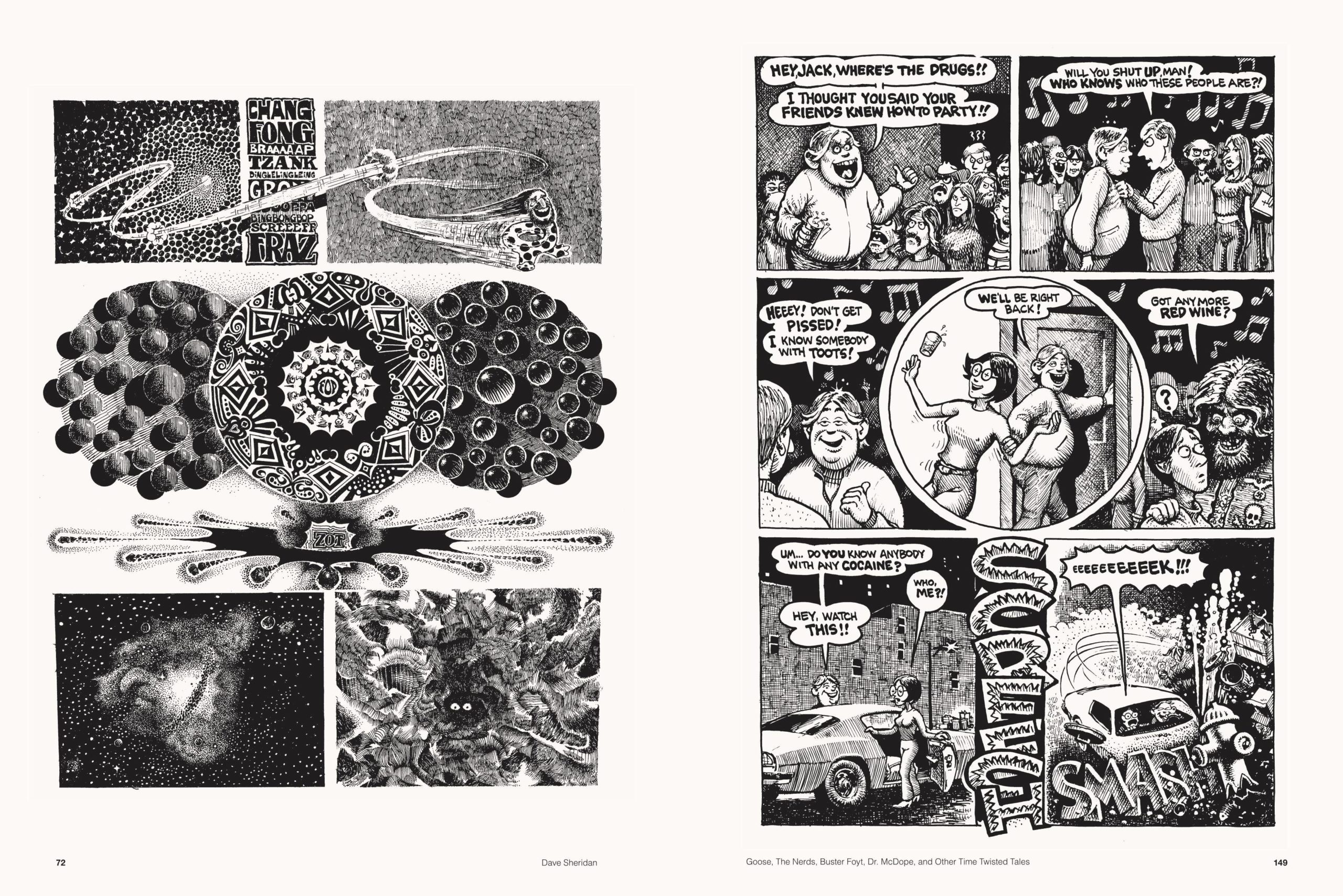 Dave Sheridan’s life was tragically short. He died of lung cancer aged 38 in 1982, leaving a significant body of beautifully drawn underground cartooning, but sadly not the reputation his talent deserves. While not all-encompassing, this collection showcases the best of Sheridan across a variety of strips, where possible reproduced from original printing proofs for best results.

Almost sixty pages of biography and appreciation solicited by editor Mark Burstein open the collection. Assorted writers each focus on the time they knew Sheridan best. These essays are accompanied by photographs and illustrations, cementing the times, and provide the insight noting that while Sheridan was exceptionally talented he also had an incredible focus. Subsequent strips are sorted thematically rather than presented chronologically, and include previously unpublished work. It’s worth bearing in mind that Sheridan’s career preceded long form graphic novels. Most of his pages were contributed to anthologies, some themed, some random, and his longest stories only ran between twenty and thirty pages.

The first actual comics focus on his signature character Dealer McDope, beginning by Sheridan presenting the consciousness expansion available to those willing to experiment, drawn with considerable verve and imagination, the left hand sample page from one of his earliest comics. As impressive as the psychedelic art is, it’s a standard theme of 1960s and 1970s underground comics, but unexpected is Sheridan advocating social change in well reasoned terms. Exotically plotted, but otherwise more standard gag strips follow, Sheridan now working in a more refined version of Gilbert Shelton’s cartooning. The Leather Nun is Sheridan working through the hypocrisies of a Catholic upbringing, a hedonistic exhibitionism characterising the lewd lead, whose provocative cover illustration has a lasting status.

Because Sheridan’s art is so stunning, technique and imagination first rate, it’s a delight to see any compilation, let alone something as diligently and lovingly put together as Life With… However while the quality of Sheridan’s art is indisputable, his writing doesn’t come close to matching it. The story he illustrates for Shelton has a much better sense of comedy pacing than Sheridan’s own Dealer McDope work in broadly similar territory, and while he’s not short of ideas, he’s not the best at distilling them. It’s apparent in ‘The Sex Evulsors’, intended as a satire of male sexual dominance, but which now transmits as a horrible evolution of 1960s sexual freedom. Were it not for Schrier’s introductory note it could well be taken as hateful. Sheridan’s work away from his better known features provides the most successful reading. ‘Goose’ relates the story of an irresponsible, car crash acquaintance all too many of us have, saying what needs to be said in six brilliantly drawn pages, and two ‘Time Twisted Tales’, one completed after Sheridan’s death, are superbly imaginative whimsy.

Burstein rounds off the collection with a selection of Sheridan’s advertising art, cartoons, paintings and sketches. It’s almost quality overkill, Sheridan so good over so many different artistic disciplines. He’s a talent that deserves to be remembered, and he couldn’t have asked for a better curator than Burstein.