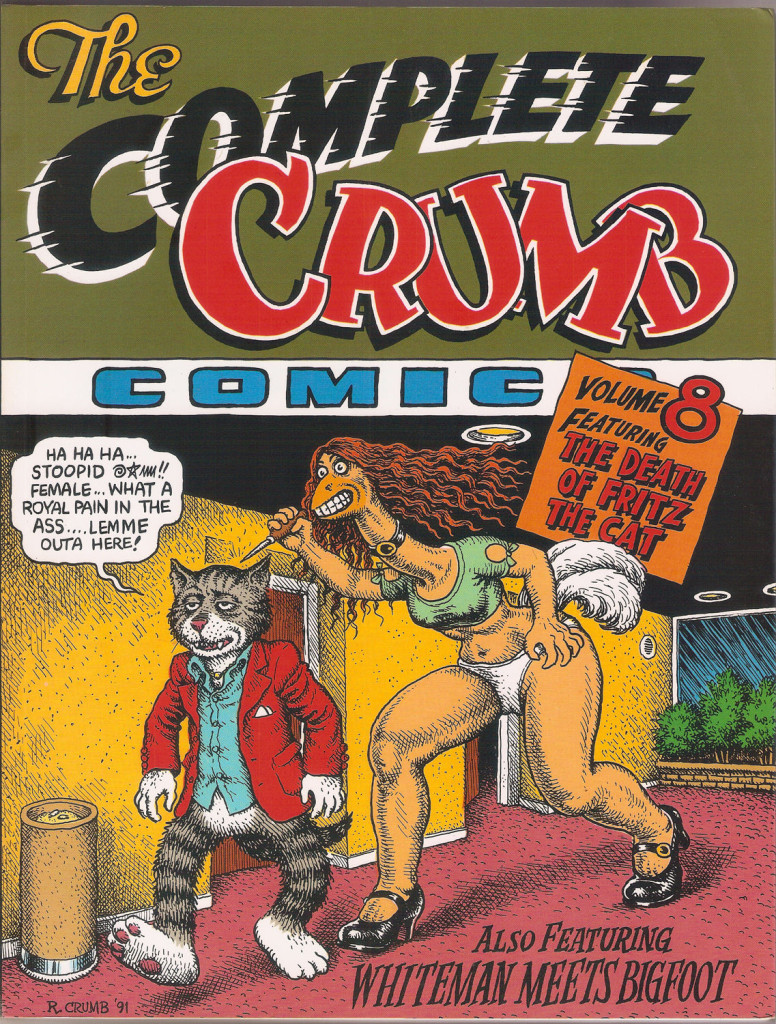 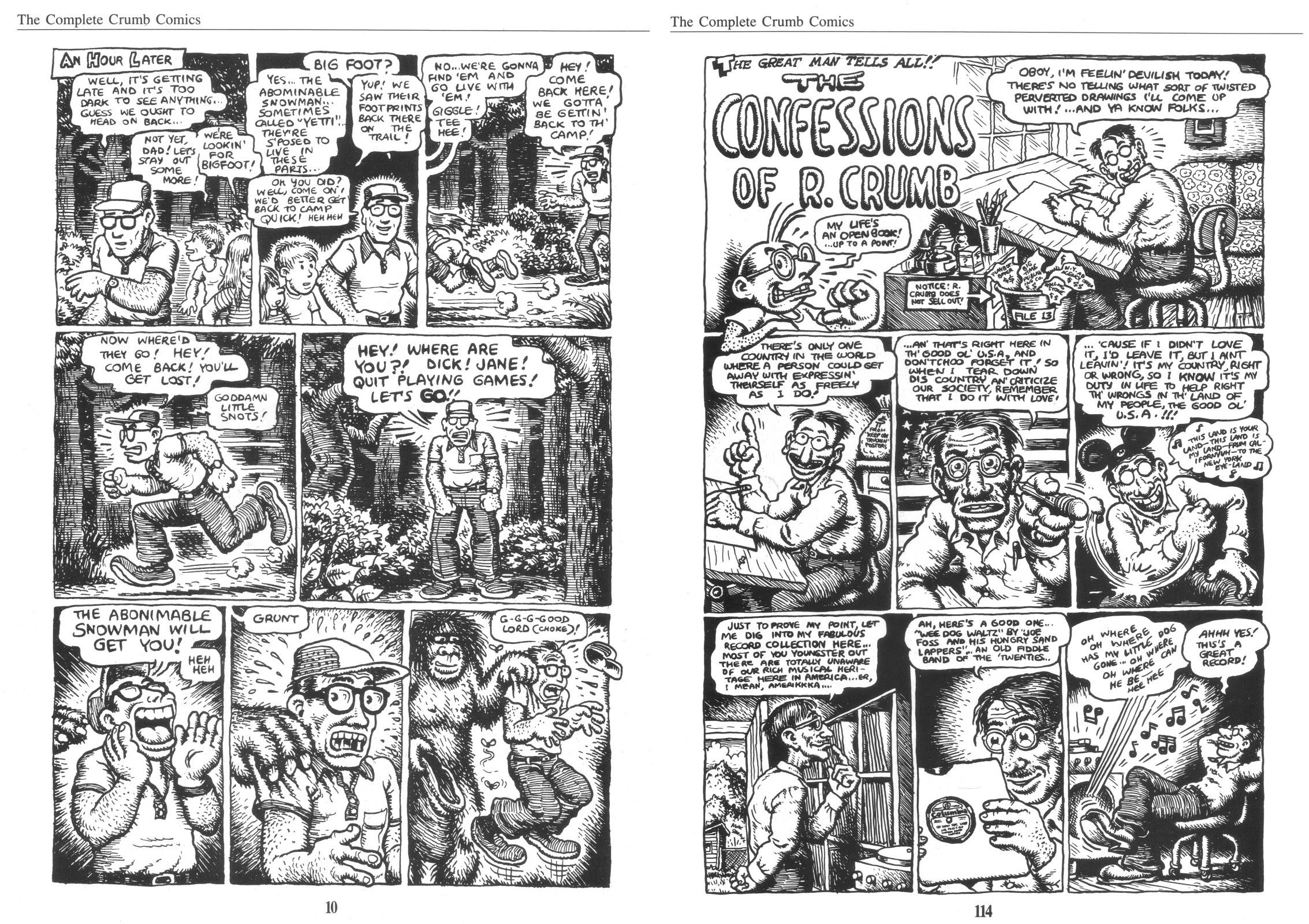 In the early 1970s, the Underground comix scene began to fade as the hippy movement realised that idealism can only take you so far. The world of Robert Crumb’s comics became darker and more violent, although he was still producing out and out humour material as well, for a wide variety of titles.

There are signs of Crumb losing his way as far as Underground humour is concerned – for many people some of his work was becoming gross first, and satirical second. ‘Whiteman Meets Bigfoot’ has an archetypal middle American family man finding the affection (and great sex) missing in his everyday life when he’s carried off by a family of yetis during a camping trip. This and other longer stories from this period are lovely to look at, they seem to be covering old ground thematically.

A variety of stories address the audience directly and discusses their response to his work. In ‘And Now a Word to You Feminist Women’ Crumb makes fun of his own reputation, starting out as a persuasive rhetorician and rapidly descending into foaming at the mouth foulness. Right at the end of this collection are three significant stories from The People’s Comics, originally published in 1972. The first two, ‘The Confessions of R. Crumb’ and ‘The R. Crumb Success Story’ are confessional tales about where his desire to be babied by strong, well built women comes from, and a strange adventure in which Crumb sees himself as a corporate success in a world where China invades and takes over the USA. Although the Chinese try to re-educate him to produce comics to support their cause, he winds up screwing and humiliating the buxom representative of the People’s Liberation Army sent to convert him. These embroidered confessional narratives would become an increasingly important part of his work over the next decade.

In the final story he revisits Fritz the Cat, one of his oldest and best-loved creations. After problems with the production of a Fritz the Cat movie directed by Ralph Bakshi (which became the most successful independent animated film of all time in America, as well as the first to receive an X certificate), Crumb decided to kill the character off. In the strip ‘Superstar’ Fritz has become a huge success, which has fed his already significant ego and provided a stream of willing women, to the point where sex no longer stimulates him. It echoes a weary tone present in several other stories from the period, such as ‘Jumping Jack Flash’.

Among the best stories in the collection are the quietest and most observational. ‘Mr Natural Does the Dishes’ and especially ‘A Gurl’ are not what you would generally describe as slice of life pieces, but they have a still, closely observed quality and look as though the artist has really pored over them. ‘A Gurl’ in particular is tender in a way that Crumb rarely was at the time, a gentle reminder of how powerful his work can be even when it’s not about outrageous acts or snappy characters. 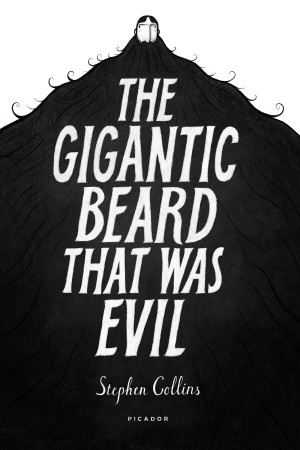