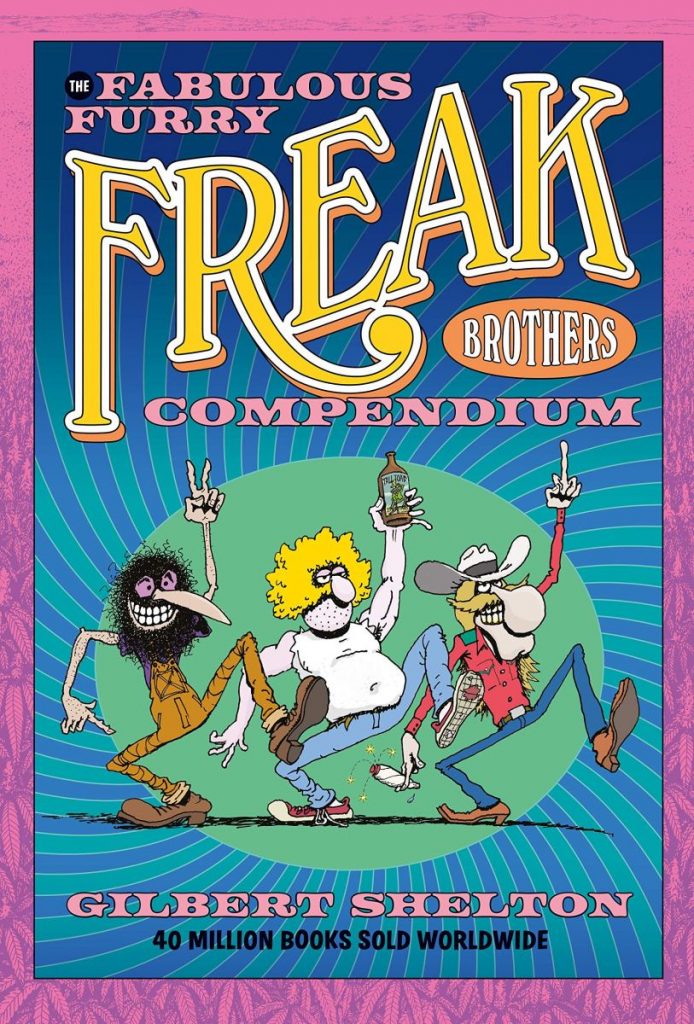 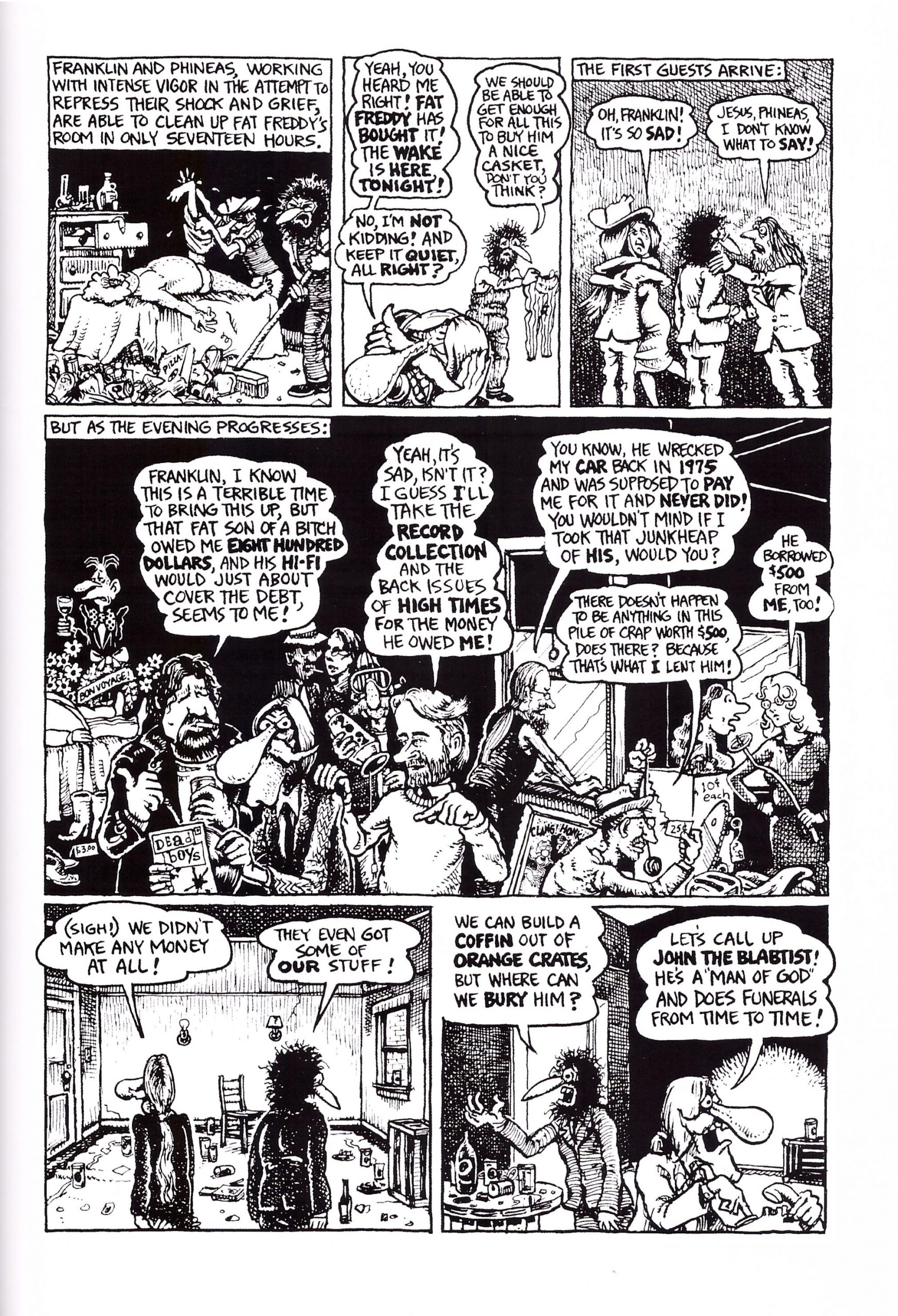 The Fabulous Furry Freak Brothers made their début in 1967, with the first comic collecting their strips issued four years later. The cover tagline notes 40 million books sold since then. That bears mentioning, as when considering the most successful comic characters still owned by their creator, Gilbert Shelton and the Freak Brothers perhaps don’t have the respect they deserve.

Shelton has collaborated with others over the years, most prominently Dave Sheridan, then Paul Mavrides, but he’s had a hand in every strip published since 1967. This is 64 pages of the best strips, including a new three page introduction from Shelton. Perhaps now more obvious than it was back in the day is how Shelton’s simply infused a hefty dose of drug culture into basic slapstick scenarios, but these are cleverly plotted, exceptionally well paced, and still prompt healthy doses of laughter. More surprising for such a long-running strip is how few stock scenarios and catchphrases there are. Fat Freddy will always get burned, his cat will crap in the most inconvenient or stomach-turning places, and of course, “dope will get you through times of no money better than money will get you through times of no dope”. Otherwise, stoned or fried, while the characters remain true to themselves, the jokes are varied. Some, it’s true, are predictable, but even then there’s a joy about the staging, such as when Fat Freddy boasts to a bunch of kids how the Brothers used to throw their stash out of the window when the police came knocking at the door. In other places, such as the longer episode of Phineas’ pregnancy, Shelton takes us on a wild and absurd ride.

Considering this is a greatest hits, so to speak, the gag about Fat Freddy’s headphones is strangely absent, but then such is the standard of the strips over the years it’s possible to pack another ten similar sized volumes with different strips without sacrificing quality. Where there is a difference is in Shelton’s art. It’s good all the way through, but the earlier strips have thicker inking and close viewpoints, whereas the greater charm comes from the pages with packed, small illustrations.

In the end, the cartooning and characters don’t matter because there’s a laugh on every page, and more often several. Of course, you could just head for the full Freak Brothers Omnibus. 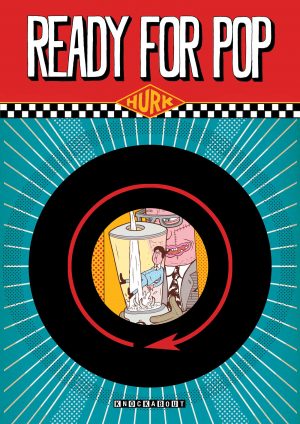