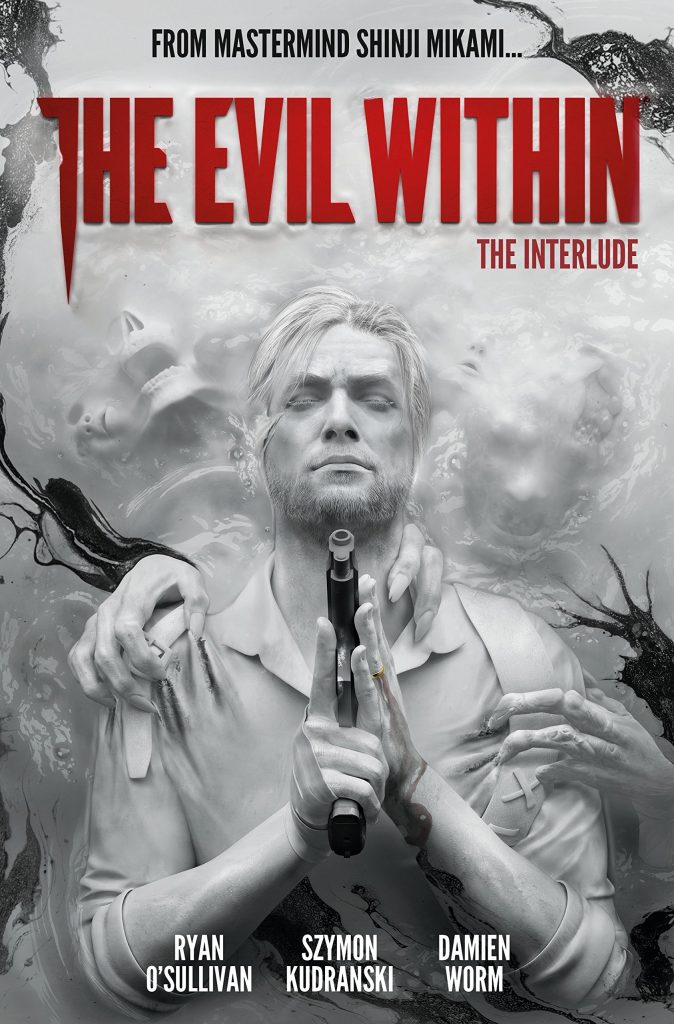 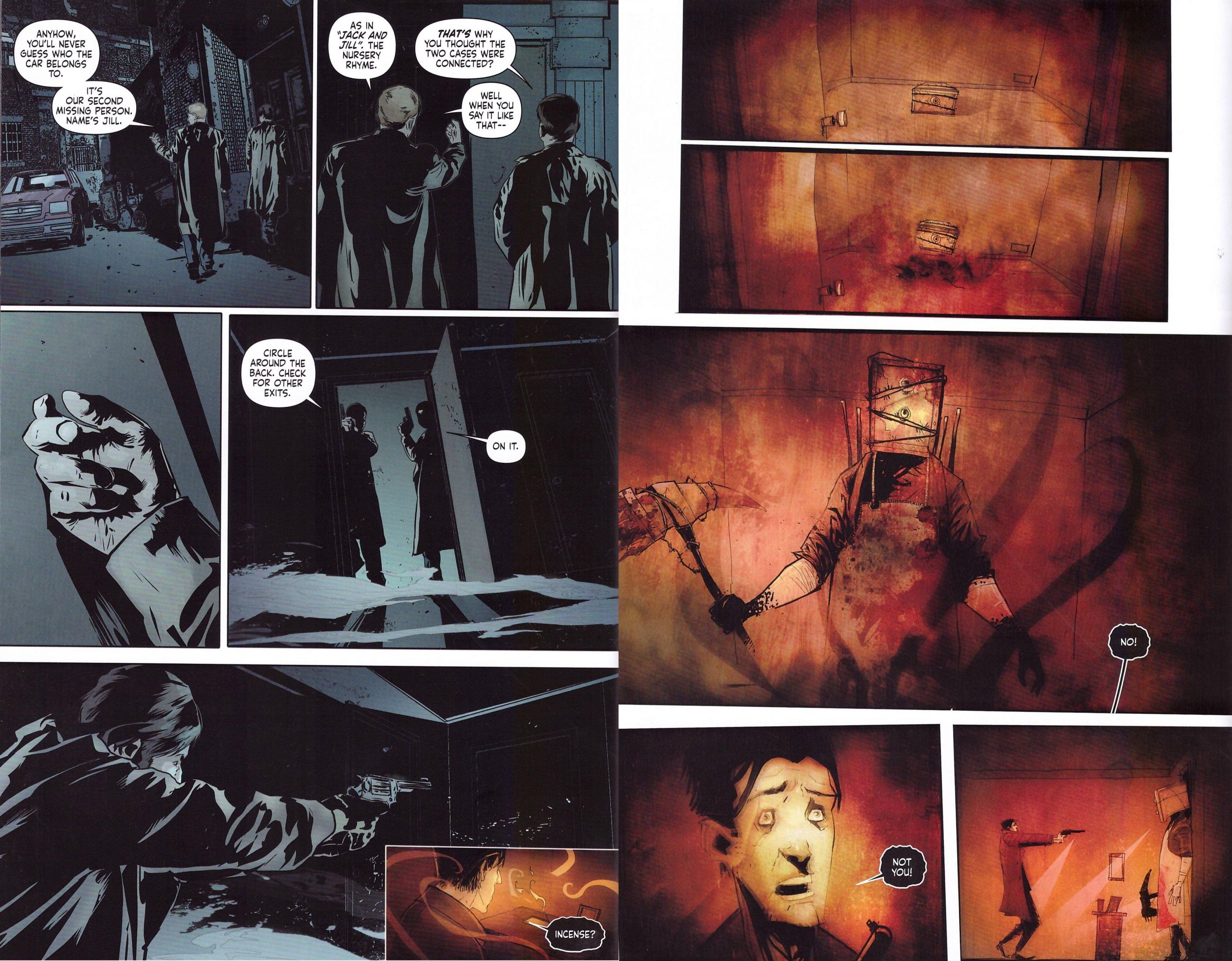 The reason for this being subtitled The Interlude is that it occurs between the first and second Evil Within games, when released acting as a prelude to The Evil Within 2. As such, beyond the title, there’s no connection to the earlier Evil Within graphic novel.

Instead of being limited to constructed characters, Ryan O’Sullivan’s plot uses police detective Sebastian Castellanos from the original game, still missing his daughter, and with few people in the real world willing to believe what he’s been through. While he seems to be back functioning normally, he’s having strange blackouts where he skips forward through time slightly, and when investigating some killings there seem to be messages left specifically for him.

Having two different artists working on The Interlude is a stylish way of separating two different worlds. Szymon Kudranski’s polished, thin-lined figurative art takes care of the real world, while Damien Worm’s more ethereal style is more sparingly used for an effective contrast. Both are on top form, and the different look of their art helps in spreading confusion over a clever plot where there appears to be certainty at the start, at least assuming Castellanos to be telling the truth, but that’s gradually eroded.

A few scenes stray away from Castellanos and offer some background information via the captions of others, anchoring his experiences with some form of technology based explanation. Too much of that would destroy the mood, but it offers comfort for those who need to know.

Titan present this as a hardcover graphic novel, and due to the quality of the art it’s a step up from their previous effort. The book ends with the creators answering questions regarding their experiences with The Evil Within, game and story, which is a nice bonus.