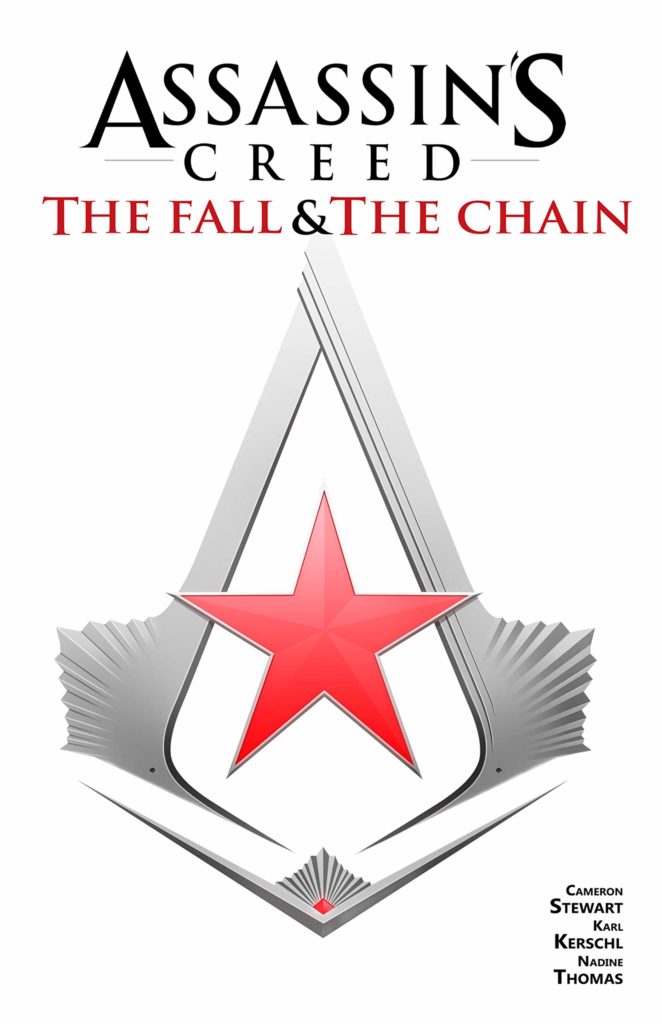 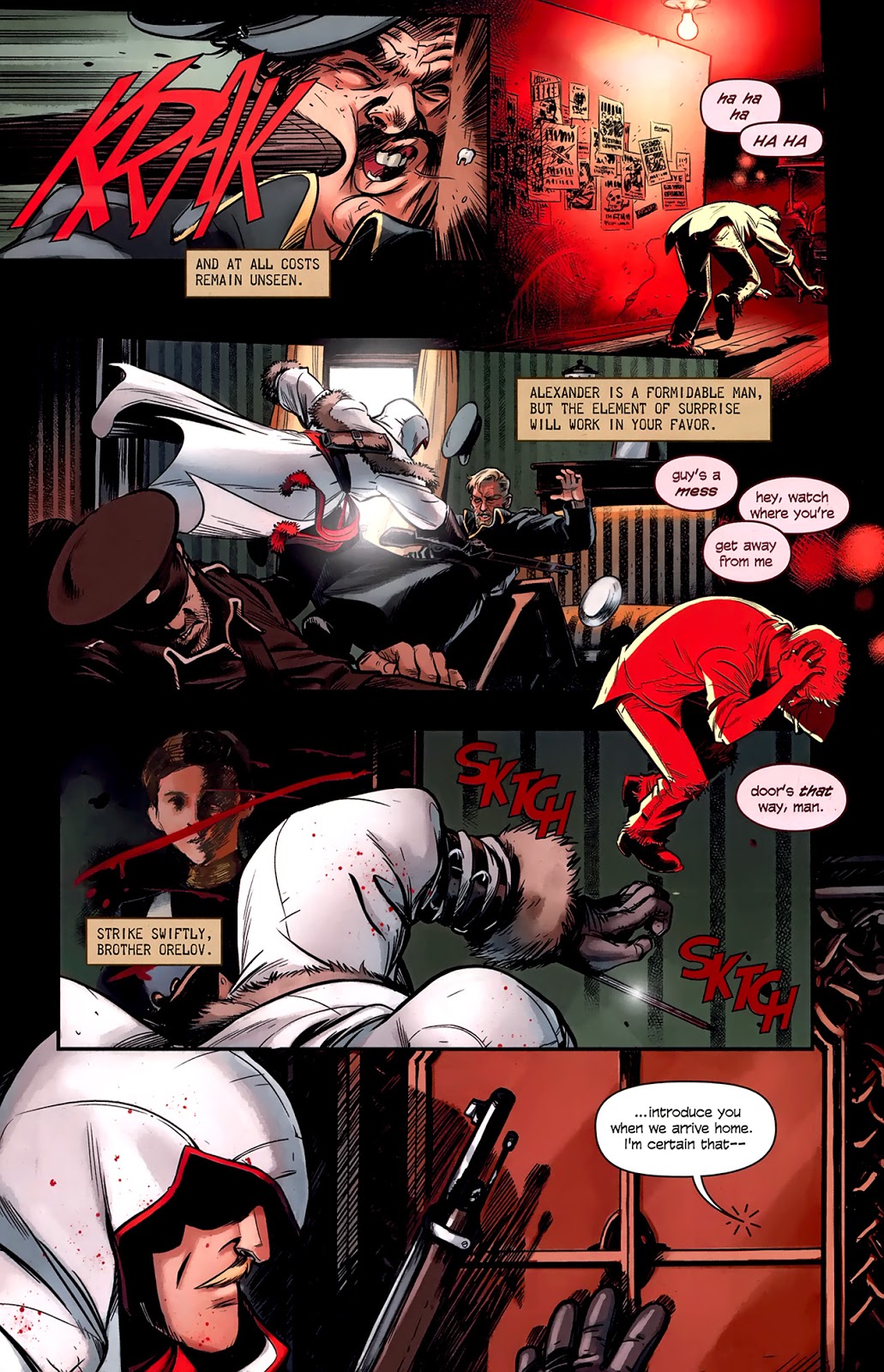 The Fall and The Chain are two separate, but connected graphic novels originally published individually and featuring the same creative team of Cameron Stewart and Karl Kerschl, each contributing to the writing and the art.

The world of Assassin’s Creed is one of constant battle between the Assassins and the Knights Templar to locate components of an ages old object that could give either group ultimate global power. While neither have a great respect for individual human lives, the bigger picture being all important, the Knights Templar would actually seek to eliminate free will. This conflict has been going on for centuries, but entered a new phase in the late 20th century with the invention of technology enabling some people to live the lives of their Assassin ancestors. The purpose is to discover where sections of the ancient  device are hidden, and to unearth them in the present day. These stories combine the activities of Nikolaï Orlov in pre-revolutionary Russia, and Daniel Cross, picking up in 1998. Both are followed over a considerable span of years, and both have fractured lives. In 1998 Daniel is a recovering drug addict whose trips to the past occur as hallucinations, while Nikolaï is becoming increasingly disenchanted with his lot in Russia, wondering if he’s having any impact.

Stewart and Kerschl make the most of historical incidents, fitting their plots around them and enabling some stunning illustrations, with the use of Russia’s cold climate very evocative. Everything looks better under snow, and the necessary fast-movement echo of the video games is there in the art, along with the suitable emotional impact. Both major characters undertake quite the journey, and it requires ageing Nikolaï and modifying Daniel as his circumstances change, both of which are competently achieved. The backwoods Nikolaï seen later is always a credible representation of the active character seen invading a train in the sample art, which also features the effects on Daniel in the present day.

Clever writing characterises both stories, with some great bombshells and interesting character moments. While Nikolaï’s interesting from the start, it’s deliberate that it takes some time to warm to Daniel, but his is the stranger journey. Both stories are dark, with betrayal and brutality continuing themes. Paired between the single set of covers they make for a satisfying read, one that successfully shapes the world of Assassin’s Creed to the needs of comics, which is all too often not the case when games are the source material.