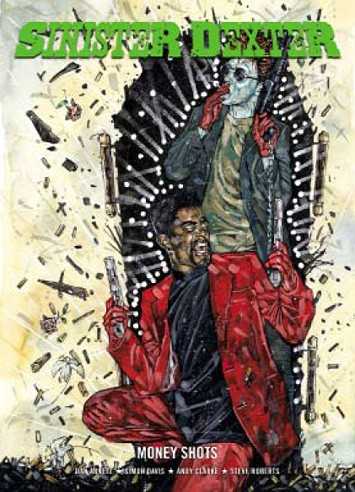 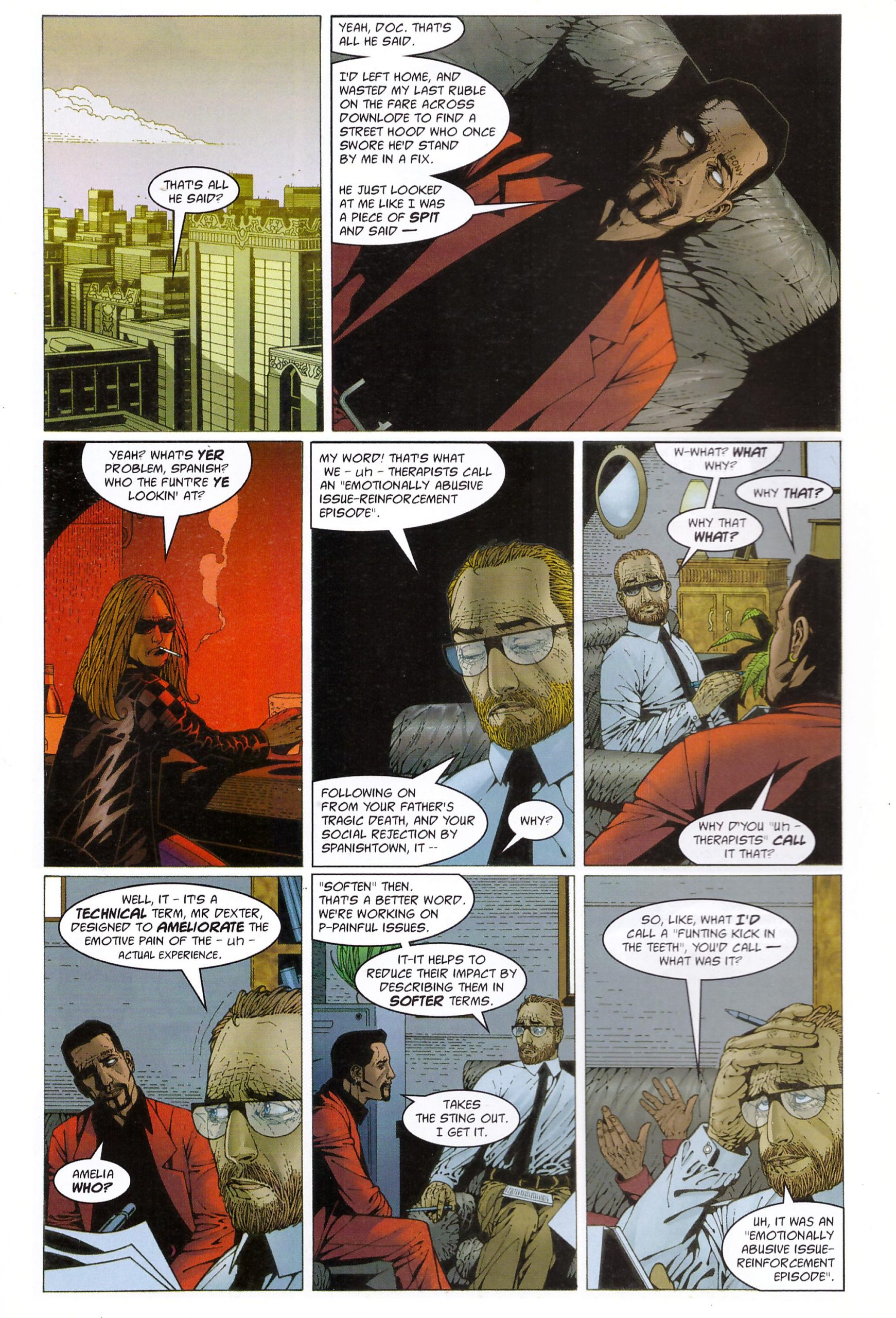 Dan Abnett’s scripts for Sinister Dexter prioritise action, comedy and violence (not necessarily in that order), but he’ll occasionally throw in a more tender piece, and more often than not, these are connected with Sinister and Dexter’s pasts. In his introduction Abnett notes ‘Shrink Wrap’ as a favourite Sinister Dexter tale. While the framing sequence is obviously influenced by The Sopranos, Abnett twists the idea of a killer visiting a psychiatrist nicely, making good use of analytical language, and gives us the origin of the Sinister and Dexter partnership as impeccably drawn by Andy Clarke (sample art).

Beyond that, experience and familiarity with the characters has enabled Abnett to refine his storytelling methods, and the sheer variety of genres and approaches is mightily impressive on its own even before taking the actual plots into account. The three stories following ‘Shrink Wrap’ concern the luckiest man in Downlode, a Western with Terminator influences, and a clever piece where Abnett juxtaposes what the police presume to have occurred with Sinister and Dexter’s actual experience. These are followed by ‘Bullet Time’, cited in Abnett’s introduction as another favourite, and again clever and impeccably drawn by Clarke. Other people might be considering recycling some of the eccentric human monsters Abnett’s introduced in the series so far, yet he continues to funnel in new imaginative assassins, victims and grotesques.

While there are two entertaining longer pieces drawn by former artist of choice Simon Davis, by 2000 Clarke was the artistic mainstay, and his work improves throughout Money Shots. There is some awkwardness early on, problems perching heads on shoulders comfortably, and there’s still a slight stiffness to his final story, but the artist Clarke would become is evident this early into his career. The same applies to Patrick Goddard, while Ian Richardson aims for Clarke’s style, but doesn’t make it. Steve Roberts’ thin and blocky version of Sinister and Dexter doesn’t have the appeal of those artists, and neither does Nigel Raynor, whose pages are packed, but messy.

With the exception of a few Clarke drawn stories from 2003 included in the Sinister Dexter collection produced for the American market, a further twelve years worth of this 2000AD mainstay remain unavailable in book form. Come on Rebellion, isn’t it time this was rectified?