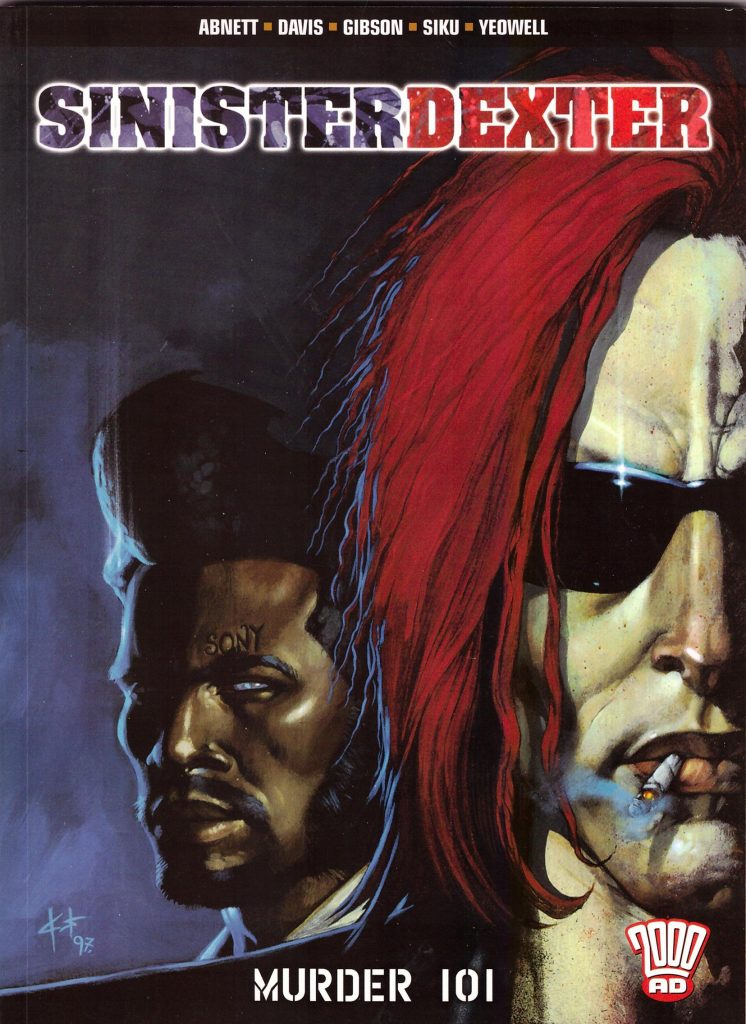 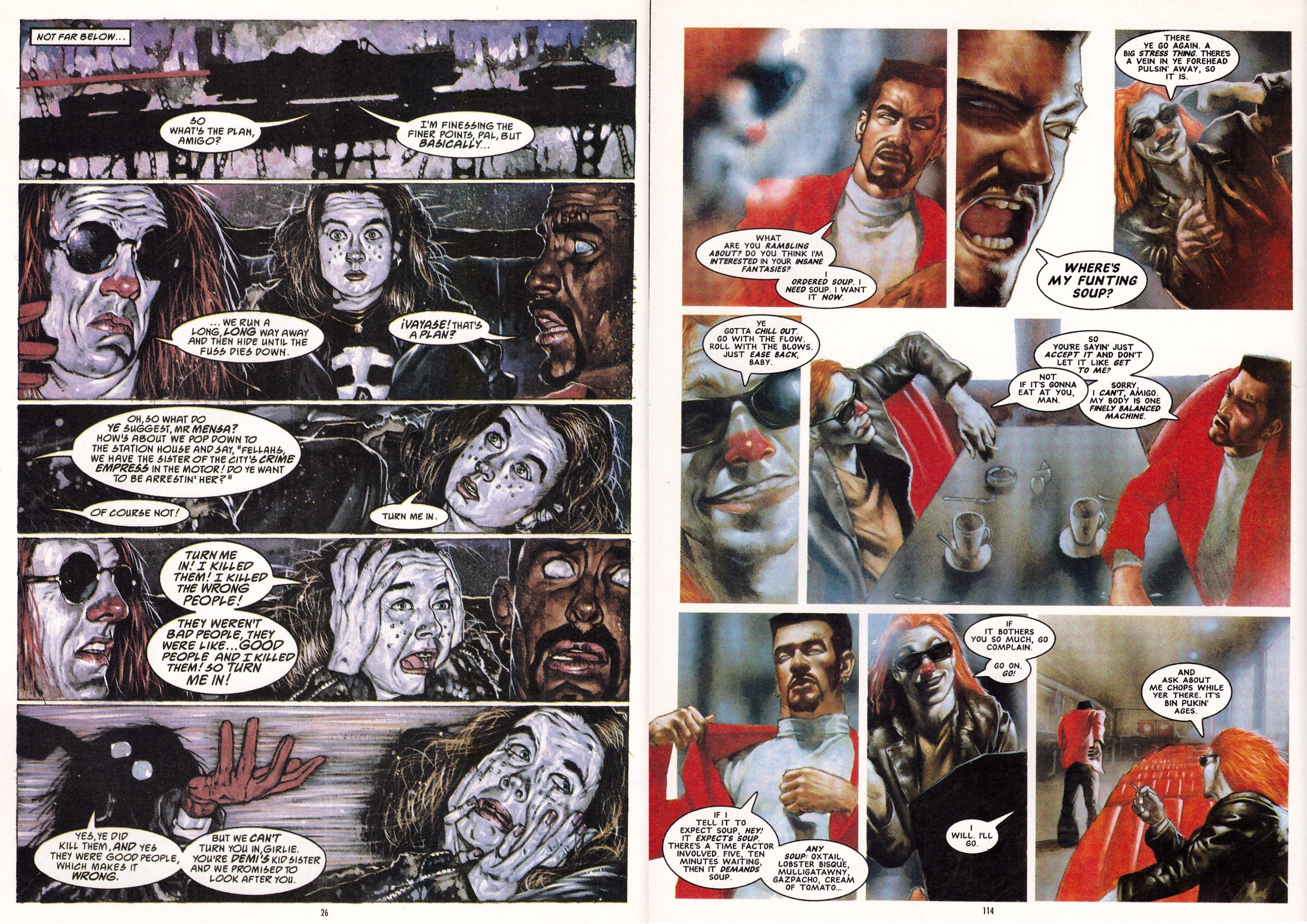 At eleven chapters and just under half Murder 101’s story content, the title story is the longest Sinister Dexter piece over the first ten years of its run. We saw in Gunshark Vacation how Sinister and Dexter effectively redrew the map for who controlled Downlode’s criminal activities, and that’s now come home to roost as the new boss wants them to take her little sister along for on the job training to be an assassin. It’s a task fraught with possible complications, and sure enough soon escalates well out of Sinister and Dexter’s control as their trainee displays a mighty willing enthusiasm. Dan Abnett escalates the resulting chaos, and Simon Davis (sample spread left) draws up a storm.

While Davis is still excellent, the overall artistic quality has taken a quantum leap. Paul Johnson’s painting isn’t that far removed from the precision of Davis’ pages, and while early art from Alex Ronald shows the influence of Frank Quitely, it’s also extremely good. There’s nothing wrong either with the traditional pencil work of Andrew Currie and Steve Yeowell, while Rob McCallum’s just starting out, although strong layouts would serve him well in his later film storyboarding career. Julian Gibson’s page designs are also good (sample spread right), but both he and Siku shy away from background detail, Siku’s method of leaving large areas of space or colour less attractive than the remaining art.

After the title story Abnett supplies one five page violent comedy gem after another, a great variety to them, and expanding on Sinister and Dexter’s personalities. We see Sinister’s superstitious morning routine (Johnson), Sinister and Dexter through the ages (McCallum), a musical episode (Ronald), a kill chase in pedallos (Currie), a contract from a talking dinosaur (Siku), and the long wait for Dexter’s soup (Gibson). Those are among others equally funny, inventive and entertaining. A treat of almost every episode is the endless stream of evocative names Abnett comes up with, some puns, others just sounding great. Feast on Persian Katra, Begsy Buttons, Ernie Balzac, Kristian Dire and Bubba Dotrice.

Murder 101 closes with Yeowell’s four part visit of Sinister’s Uncle Mick, Abnett again drawing parallels between Sinister and Dexter and earlier gunsharks, in a tale that switches expectations with every chapter all the way to an unexpected finale. Slay Per View is up next. Please note that the cover of Murder 101 as actually released differs from the one supplied in advance to Amazon. 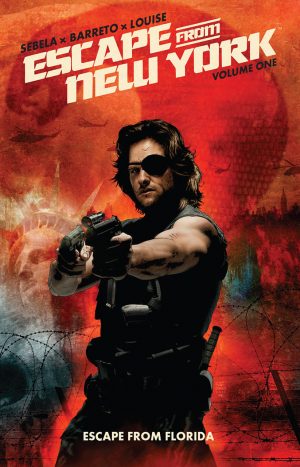