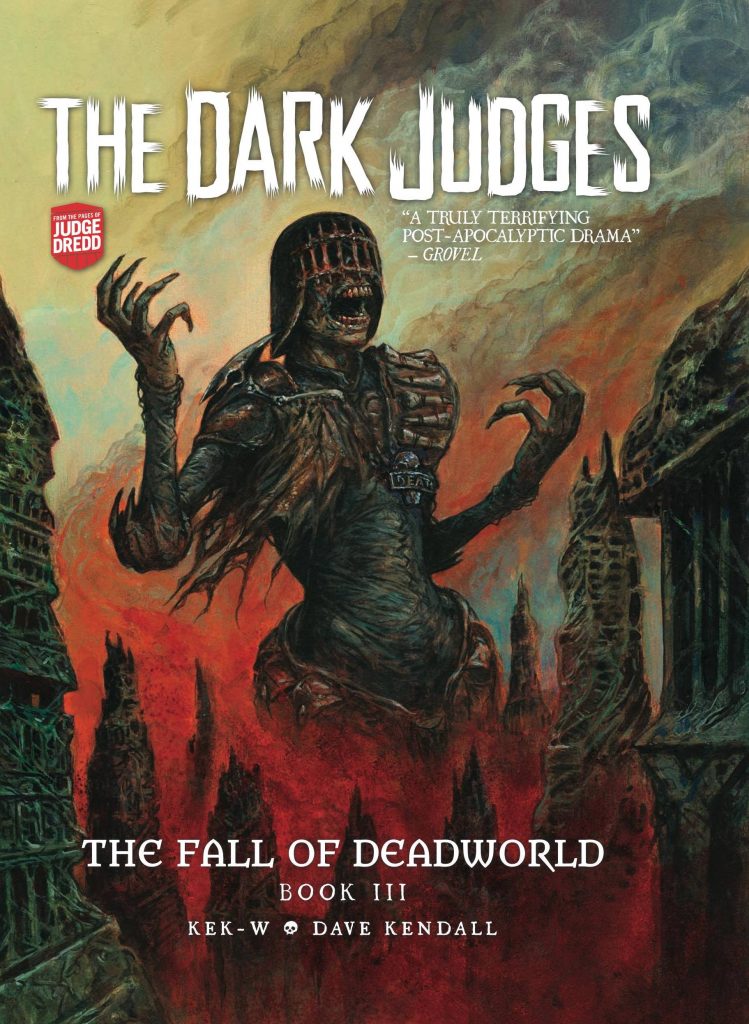 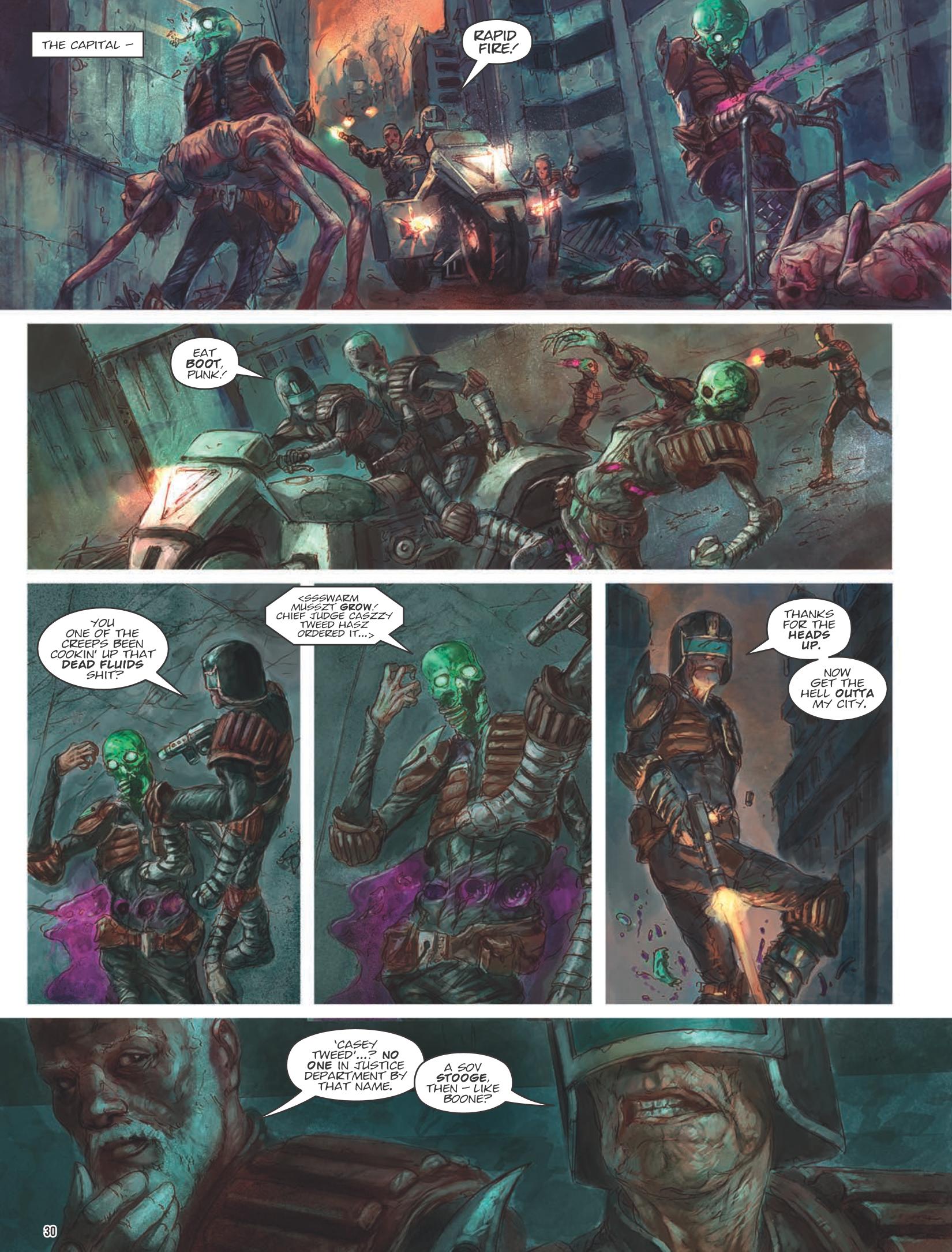 The Fall of Deadworld is an ongoing saga now involving a manageable ensemble cast, but author Kek-W makes few concessions to new readers over the opening story ‘Doomed’. Anyone starting here will have little idea about who anyone other than the Dark Judges are, but those who have followed from Book II are treated to a horrific epic as the Dark Judges expand their influence, while the nominal heroes fight a valiant last ditch stand.

The tragedy of that is from the start we’ve known that there’s only one way things are going to end, and the odds of any change to that agenda run slimmer with every page turned. Kek-W has now introduced all the other ghouls associated with the Dark Judges, their only agenda is the eradication of life, and they now have a global reach, which is why the Sov Judges are now added to the mix. Frankly, this new Apocalypse War makes the old look like Spongebob Squarepants having a tea party.

Every page is horrific, due to Dave Kendall’s phenomenally creepy imagination, the grim nature accentuated by his restricting the colours of his painted art dark blue/black and variations on flesh tones the shades of choice. The occasional break for glowing radioactive green is no comfort. There’s an astonishing effort made beyond the call of duty by Kendall, who composes every panel as if a portrait, treating the almost entirely gruesome subject matter as if a royal commission. Kendall’s fetid visions now have ownership of the Dark Judges, so it’s only fitting the collection ends with his covers and design sketches. They’re as creatively grim as you’d imagine.

An occasional attempt is made to add character, such as learning about Fairfax’s abusive childhood, but it’s half-hearted as Kek-W knows what we really want, and that’s carnage, not insight, and carnage is what we get until an incredibly frustrating “to be continued” notice halfway through.

That’s when a change of pace is introduced and the creative team switch to a series of stories titled ‘Visions of Deadworld’, using the Deadworld setting to tell stories about the characters before, during and after all hell broke loose. We learn about Sidney D’eath’s upbringing, the last human alive, a hive-mind disconnected from the swarm, the fatal lust of Sister Despair and the foresight of Sun-Yi among others. Perhaps the best of them is ‘Leigh’ about an experienced Judge and the sacrifice she makes. For all the skill and the continuing wonder of Kendall’s art, surely readers would have preferred the creative team to complete their main story before going back to explore the resulting world.