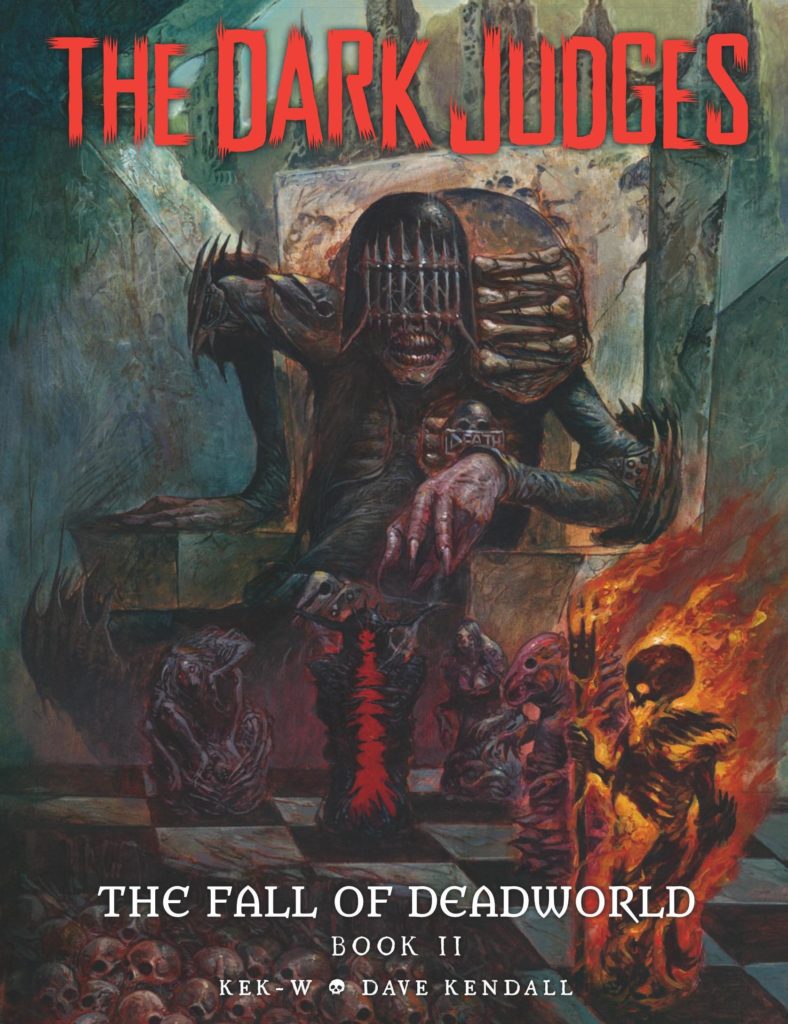 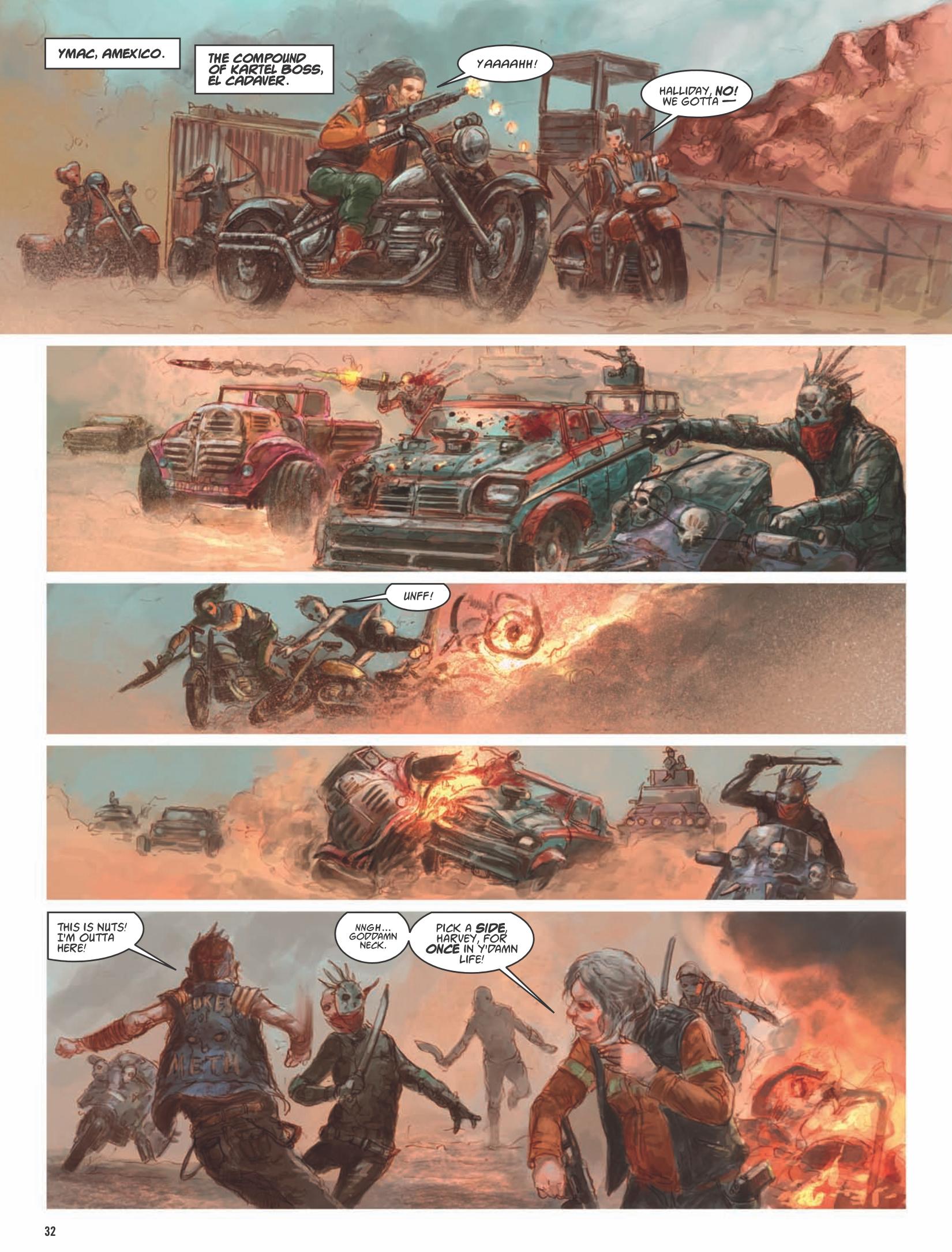 Set in a version of Judge Dredd’s world, Kek-W and Dave Kendall’s first Fall of Deadworld volume was an exploration of horror as it supplied the detail of how Judge Sidney De’ath began to shape the Judges of his world to his own vision. The people of that world don’t know what we do, that there is no hope, and they’re all going to be casualties before Death and his primary allies move on searching for other worlds to lay to waste. That sense of inevitability gives The Fall of Deadworld a tragic veneer even before the day to day existential horrors Kek-W devises.

His is an episodic story. Sometimes we’re looking in on the continually decaying Judges, sometimes on individuals, with Ava an interesting new character introduced, and sometimes on the loose community of refugees struggling to survive outside the city. We catch up on the honourable Judge Fairfax from last time round, and of Jess Childs, somehow certain she’s fated for a role of importance despite being only thirteen. Because she has a Judge’s helmet, donated by Fairfax, she’s referred to as the Judge Child, and is one of several characters referencing Judge Dredd’s history on this alternate world where there is no Dredd. Or is there? The recurring known names are a small point that doesn’t interfere with the main plot, but a nice touch for those who pick up on those characters.

Given the monstrosities on each and every page, there’s a concern induced about Dave Kendall’s well being. What must it be like living with such creatures floating about inside your head for months at a time as they’re gradually given form on the page? Then again, the entire series began with one of his nightmares, so perhaps it’s best not to speculate. As before, the story may not be complete, but the world’s already beyond repair and that’s displayed via the despair and degradation of every panel, Kendall keeping the colour muted and the highlights red. The sample page is from a sequence influenced by Mad Max, a nice homage, but also one of the few pages showing some action without some obvious stomach turning content.

The ending is inevitable, yet a clever aspect of the plotting is how it builds hope, how it dangles the possibility that some things might be circumvented. We’re seeing an alternate universe, so is it an alternate universe where the Dark Judges never spread any further? Well, as another major part of Dredd mythology is introduced in the final pages, perhaps. Dream on! That’s explored in Book III.