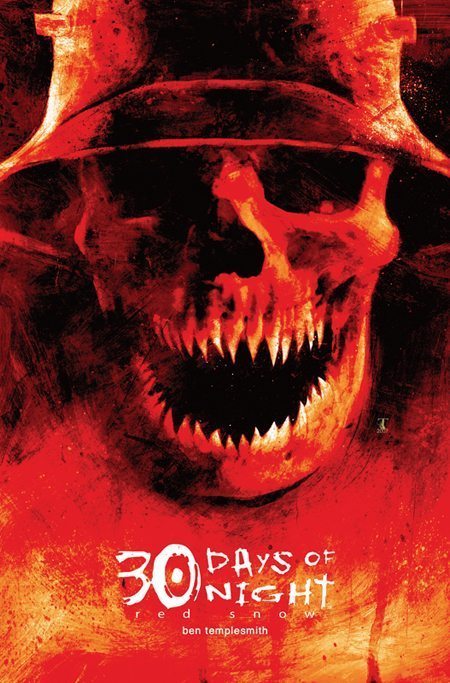 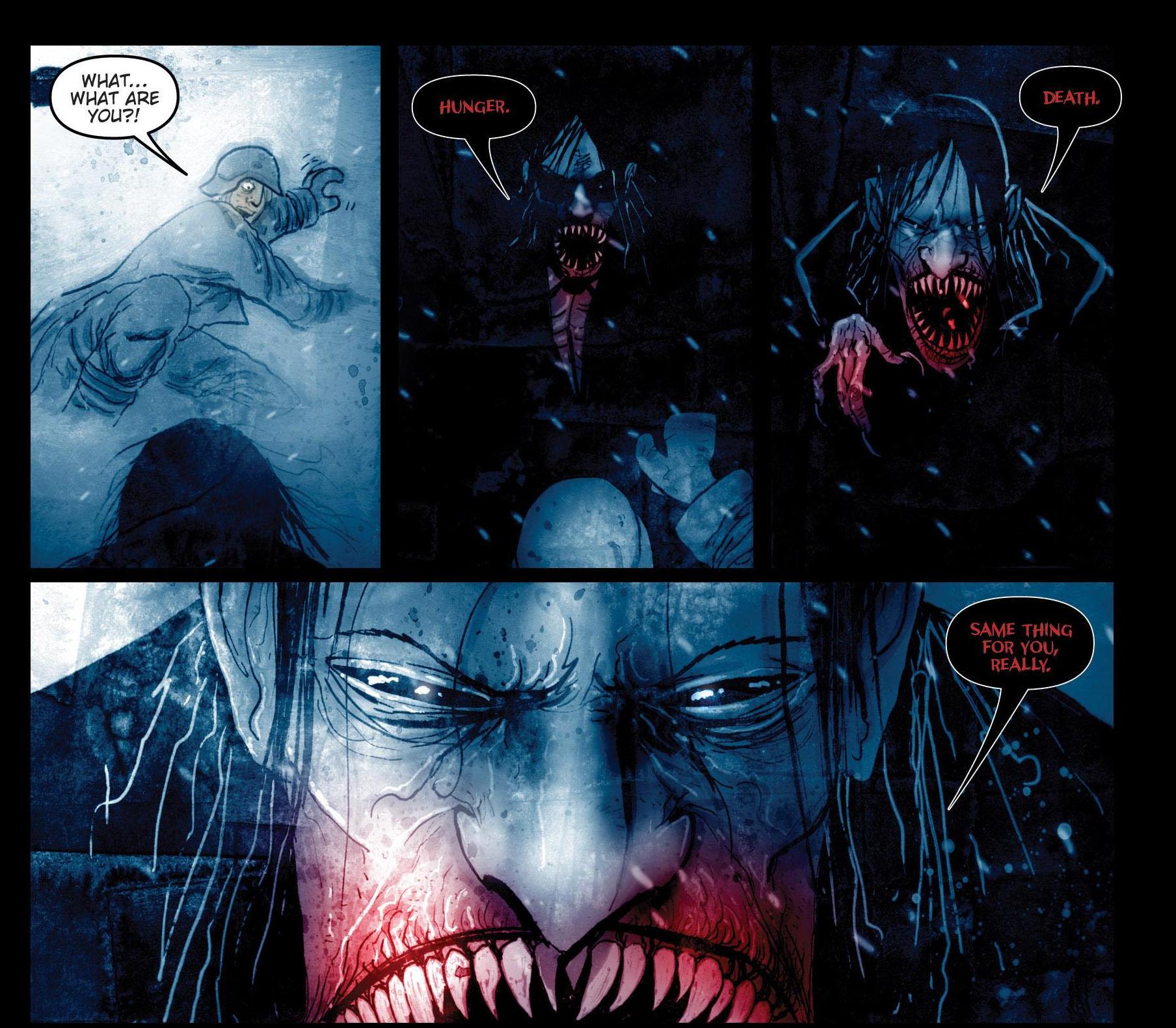 The curse of good horror stories is that the seemingly inevitable and numerous spin-offs can make you wish you had never read or seen the original item. However 30 Days of Night: Red Snow bucks the series’ trend of diminishing quality thanks to original artist Ben Templesmith returning to both write and script a prequel set in World War II.

It’s the winter of 1941 and the Nazi forces are sweeping through Russia. British spy Keating has been sent to support the beleaguered Russians, and is on patrol with a squad of Cossack soldiers. An encounter with a Nazi patrol standing over a grisly scene directs them to an isolated village. Meanwhile another detachment of SS soldiers is driving towards the military port of Murmansk, clearing what remains of villages in an effort to cut the Soviet supply line. As each converges on this last inhabited house in the same village, both parties will discover there are deadlier enemies prowling the icy wastes.

Based on his work on the first three books in the 30 Days of Night catalogue, Templesmith is more than capable of delivering the supernatural horror. He crafts an eerie contrast between the freezing steppes and the deceptive warmth of interiors, the latter almost iconographic in the way the light reflects on features. It gives an illusion of safety that contrasts the howling cold storms of the frozen exterior, the whipping of snow entrancing. It’s in rendering the realities of human horror of war and what people will do to survive that Templesmith excels. When the vampire onslaught we know is coming begins, it’s explicit and gory, but it is what we expect to see from monsters who are merciless, driven by their hunger and sense of superiority. Where Red Snow is most effective is in presenting atrocities humans commit against humans, often implied or seen from a distance rather than blatantly illustrated. Templesmith ensures plenty of propaganda spouted by both the Russians and the Nazis, each guilty of heinous acts, yet believing the other to be worse. The vampires, and one in particular, are creepy as heck, but the human capacity for violence, justified by politics, beliefs or pure evil is far more disturbing. The mash-up of last stand war films with slasher flicks works well, especially when maintaining true human dynamics in a survival situation. Templesmith employs generic tropes of both genres along with the stereotypical English gentleman, the plot lurching forward at points, which is distracting, though he produces a surprising ending to a fraught thriller.

Red Snow is the best of the sequels since Return to Barrow (Book 3) and also introduces new characters into the canon. Chronologically it doesn’t matter what sequel you read next, but reading this after the original trilogy makes for a more rewarding tale. Readers wanting to follow the publication order can pick up Beyond Barrow by Steve Niles and Bill Sienkiewicz, also found with Red Snow in the 30 Days of Night Omnibus Volume 2.