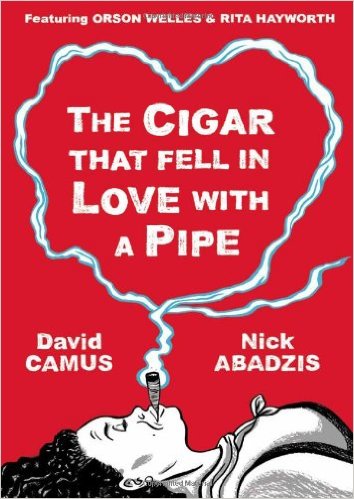 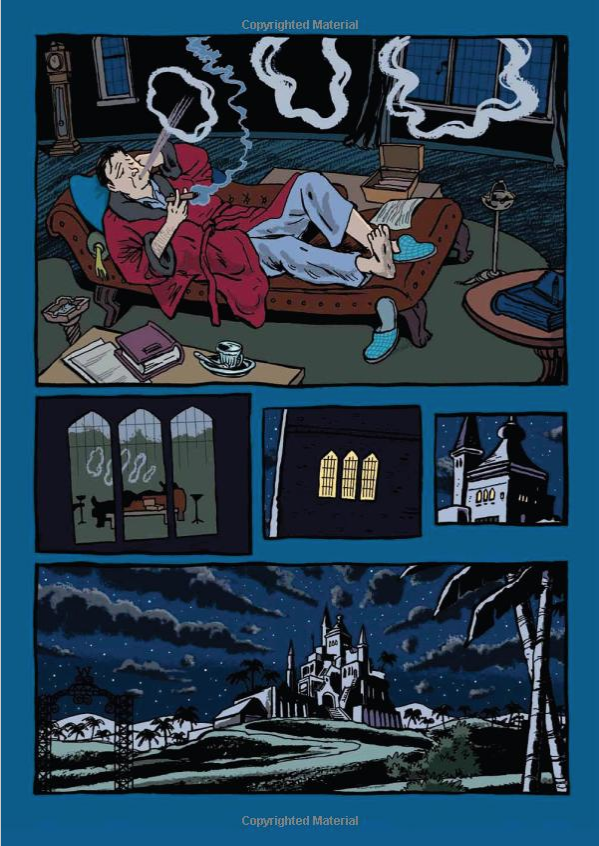 The Cigar That Fell in Love with a Pipe is, of course, a love story. It involves, romantic, never-romantic, and no-longer-romantic couples. The real love here, wafting through these pages, is the love of tobacco. It’s a love shared by film director Orson Welles, and Conchita Marquez who rolls, traditionally yet sensually on her thighs, Cuba’s most sought after cigars. This pair meet only, let’s say, in the world of smoke, and otherwise, they are part of two contrasting couples. Conchita unexpectedly finds love, as Welles’ relationship with beautiful screen star Rita Hayworth collapses, It’s all distance and resentment: a Hollywood couple, but hardly, by this point, a Hollywood romance.

Conchita’s story is interesting and charming, but the inclusion of Welles and Hayworth feels something of a cheat, a pair of famous hooks on which to hang love and hatred of cigars. There’s little insight into their creative lives or the causes of their relationship breakdown. Her resentment of Welles’ smoking was surely (in those pre-cancer-fear days) a symptom, the underlying diagnosis not shared with us. It feels contrived as a plot device, especially since it’s used to trigger the story’s climax.

Other narrative elements don’t quite convince either. Perhaps cigar smokers will find it easier to buy into the premise that tobacco can create such human and ethereal bonds and passions. While the authors tell us that Welles loves tobacco, and that these cigars are special, it cries out for more lyrical passages to convince the reader. Compare this with, for example, the film Sideways, which vividly articulated to those not previously convinced, the joys and subtlety of wine.

Fantastical, almost fairy-tale elements intersect awkwardly with the ostensibly factual. David Camus’ script never convinces that the worldly intellectual Welles would not only instantly accept a ghostly presence, but, without pause, sacrifice for it, an irreplaceable pleasure.

The title is attention-grabbing. The cigar by this date was established by Freud as a phallic symbol, while a pipe compared to it was, surely female. Here the woman is the cigar and the man the pipe. While it’s laudable to challenge limiting gender associations, they don’t develop, or even acknowledge this. A pipe, for some, will also evoke surrealist painter René Magritte – famous for his men in bowler hats. His depiction of a pipe with the text “This is not a Pipe” highlighted the difference between representation and reality. It feels, here, as if these potent ideas are thrown around then thrown away.

Visually, it looks like Nick Abadzis is only half on board. He brings the settings to life, most vividly Welles’ neo-classical patio, complete with life-sized sculptures. There are also moments of visual lyricism and beautiful painterly colour, yet other scenes feel perfunctory. Few readers would recognise Orson Welles from these drawings, and Hayworth, introduced in the text as “even more beautiful than on-screen” is hardly so in the pictures. She has a quirkily variable figure, and her features jump around her face, without obvious  expressive purpose. The numerous scenes with them are journeyman at best. The acknowledgements mention Abadzis’ art assistant, and it’s tempting to imagine these scenes were delegated to him lock stock and smoking cigars. The colour in these pages also suffers with Welles’ brick red smoking jacket and Hayworth’s deep green top making a particularly queasy combination – painfully repeated page after page.

This is a fascinating premise only partly realised. There are some beautiful images, and interesting scenes, but it promised so much more than it delivers.