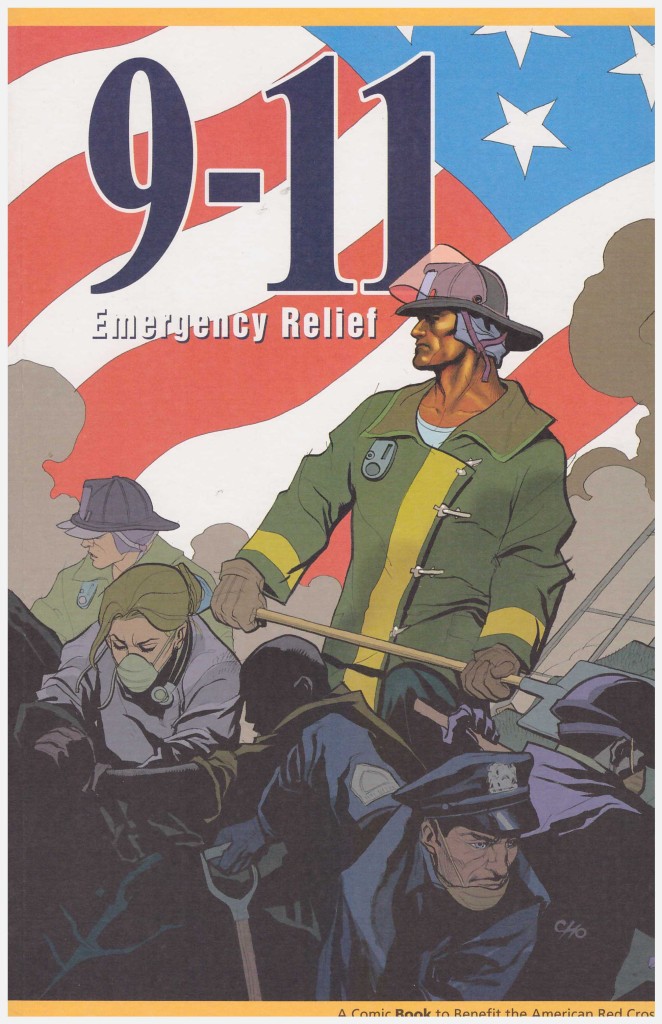 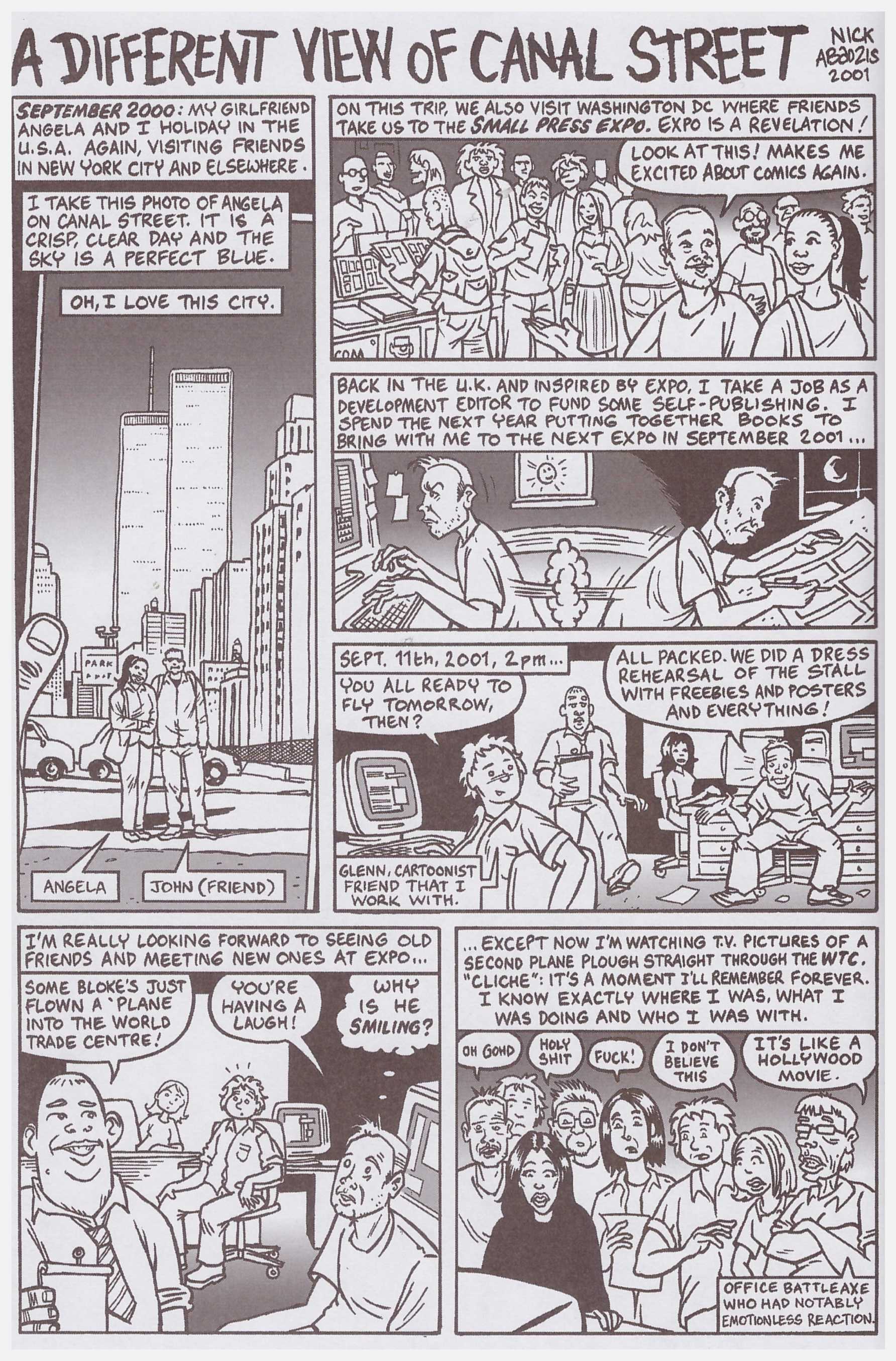 So many years have now passed since the events of September 11th 2001 that a generational touchstone could now well need explaining to today’s teenagers. It was the day in which four commercial airliners were hijacked and deliberately crashed into New York’s World Trade Centre, and the Pentagon in Washington. Around 3000 people died.

The comics community responded with three graphic novels, this published by Alternative Comics, one by Dark Horse, and a third by DC, with Will Eisner contributing to all three. All proceeds this books were committed to the American Red Cross. As their absence is noticeable, it should be explained that Marvel issued their own fundraising eulogies, but as comics.

As indicated by the publisher’s name, the contributors to this anthology are largely, although not exclusively, drawn from the world of creators self-publishing their material. That’s not the reason it’s the weakest of the three anthologies, though, with the lack of variation responsible. The theme of personal response to the events dominates, and without wanting to denigrate genuine feelings and reactions, the personal response throughout the Western world was almost universal, which leads to considerable repetition. This is further underlined by many of the contributors intending to attend the 2001 Small Press Expo later in the week of the tragedy, so cancelled flights and changed plans are also frequent references.

Some contributors transcend the majority as their experience is more personal. Evan Forsch escaped from the World Trade Centre, Dean Haspiel watches the second plane hit it through his window, and Ted Rall returns to an almost deserted New York. Mike Manley’s two pages contrast his initial reactions with those of his Muslim younger brother, and while K. Thor Jensen’s art isn’t the best, Chris Knowle drawing parallels with the Attica prison riots in which his Grandfather suffered is an interesting approach. Layla Lawlor’s poetic reflections are noteworthy, Peter Kuper is wry, and there’s an odd version of Harvey Pekar provided by Tony Millionaire.

As the majority of contributors self-published to one degree or another, the standard of artwork is extremely variable, encompassing a greater variety of styles than either of the other 9-11 anthologies. With the best will in the world enthusiasm is far higher than talent in some cases, while others remain mysteriously obscure all these years later. It’s to be hoped that Gregory Benton and Derek Gray earn a living from their talent. Others remain familiar small press staples, while others still such as Nick Abadzis (featured), Jessica Abel, Tomer Hanuka and Alex Robinson have progressed to more mainstream acclaim.

The generosity of the creators involved is acknowledged, but all these year’s later there’s not enough quality or variation overall to merit recommendation.