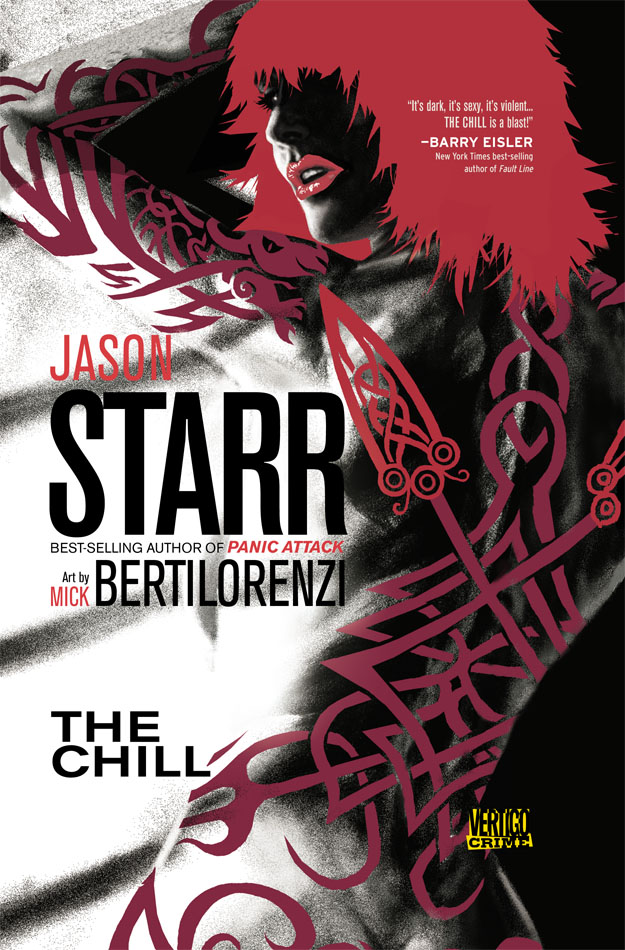 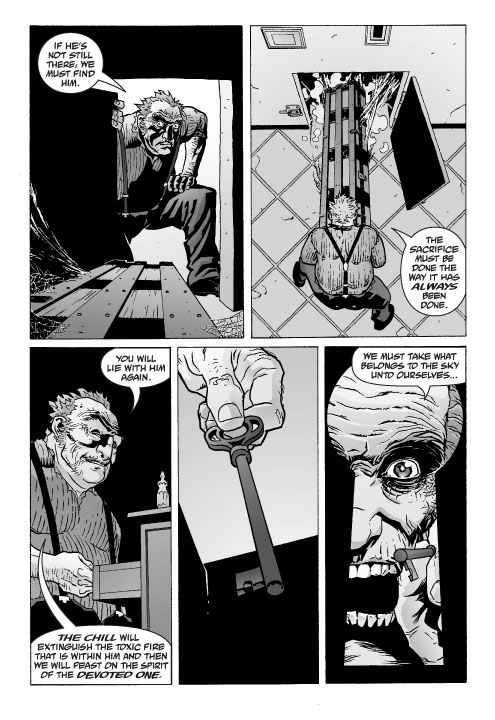 Vertigo appear to have been mightily impressed with signing up crime novelist Jason Starr, as his name rates a cover typeface roughly four times the size of the title, which is relegated to the bottom left of the cover. For all that, it’s a lesser light among Vertigo’s black and white pocket sized crime graphic novels.

The Chill opens in Ireland in 1967, with a young girl coming of age and learning of her genetic heritage. In New York forty years later a string of gruesome murders occur, each involving a woman that everyone describes differently, and each death having some sort of druidic significance. There is one man who knows what’s going on, a former cop in fact, but his story is so fantastic, and his background so disreputable, that no-one takes him seriously.

Starr’s plot is heavy on attention-grabbing sacrificial violence and gratuitous sex scenes, but ranks a little lower on logic. The cynical straight talking cop of the piece, Pavano, has seen the stomach-churning results of several ritual murders, yet for terms of plot convenience dismisses the person who can explain matters as a nutter. When another ritual murder occurs, he issues an arrest warrant for the person who voluntarily came to him with information. And so it continues, largely predictable throughout to a dismal ending intended to shock.