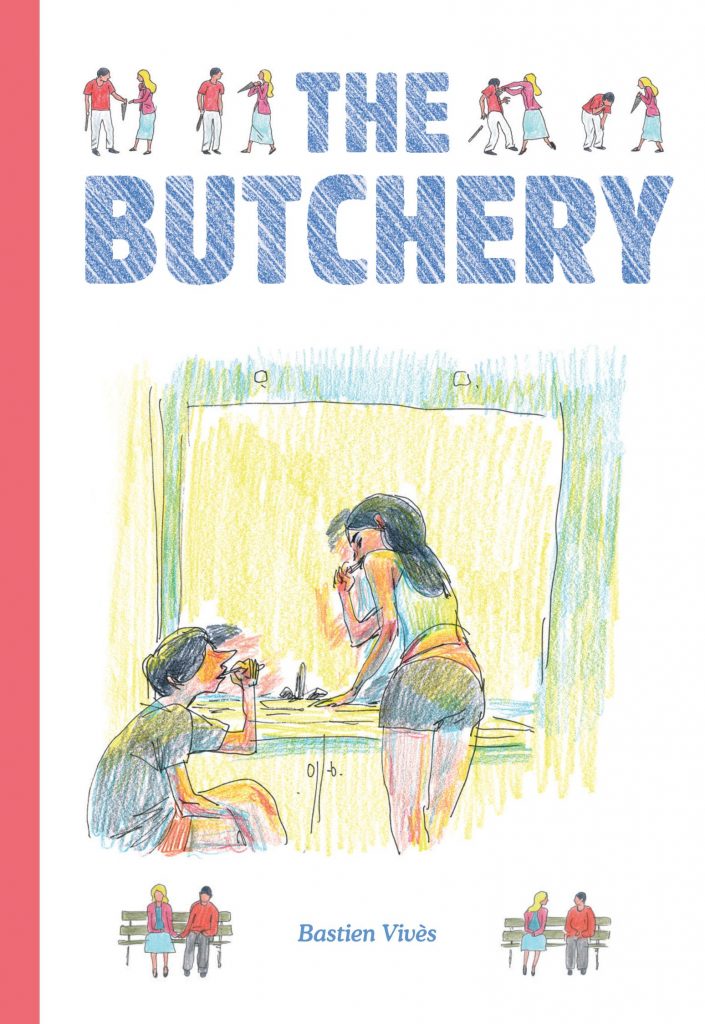 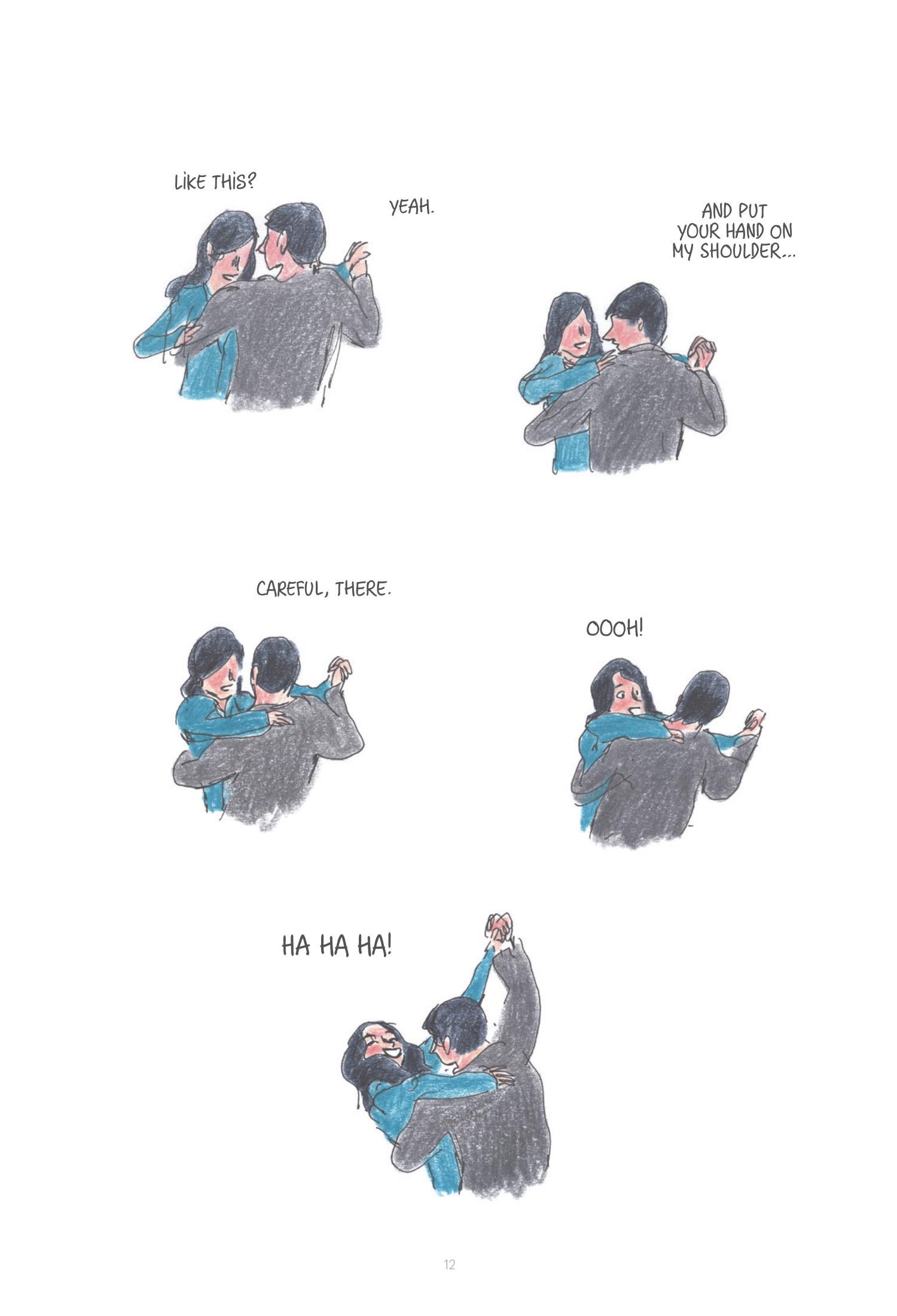 Bastien Vivès is a French creator who’s very difficult to pigeonhole. As he hops from project to project he switches genres and artistic approach, and the little of his back catalogue that has been translated into English includes a tender coming of age story (A Sister), a tale almost entirely set in a swimming pool (A Taste of Chlorine), and five volumes of manga style adventure (Last Man).

The Butchery is a relatively early work, issued in 2008, yet astonishingly mature for a new creator, and experimental with it, showcasing the restlessness to follow. It’s the story of a relationship, dipping in and out with fantasy interludes, told from a man’s point of view in what seem to be rapidly drawn freehand sketches adorned with colour pencils. This sense of rapidity is emphasised throughout, the drawings border-free and scattered about the pages, sometimes just the single illustration on a page. The sample art is the beginning of an audacious six page scene of the couple just dancing together, Vivès capturing the rhythmic movement and their joy at being in each other’s company.

Although the couple is straight, the intimacy is universal to the early stages of any relationship, mundane moments endowed with magic in the headrush of love. Vivès shows the man just watching his girlfriend apply her make-up for several pages, or them just lying in bed together. The fantasy interludes puzzle at first, reflecting inner feelings, and then cementing them. However, the first flush doesn’t last, and Vivès supplies the disintegration with equal insight.

There’s no doubting the observational or artistic skill, but for all the charm, The Butchery never transcends its experimental nature to produce anything more than a collection of fleeting memories. It’s a rapid and transient experience, but so skilfully drawn.