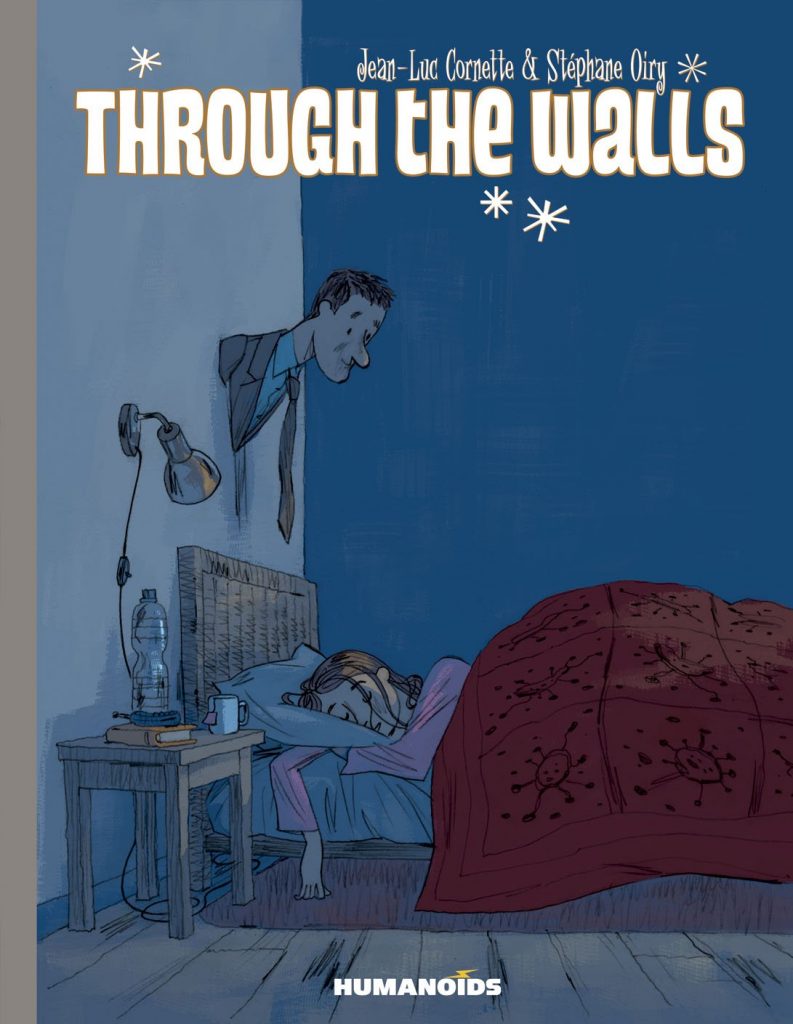 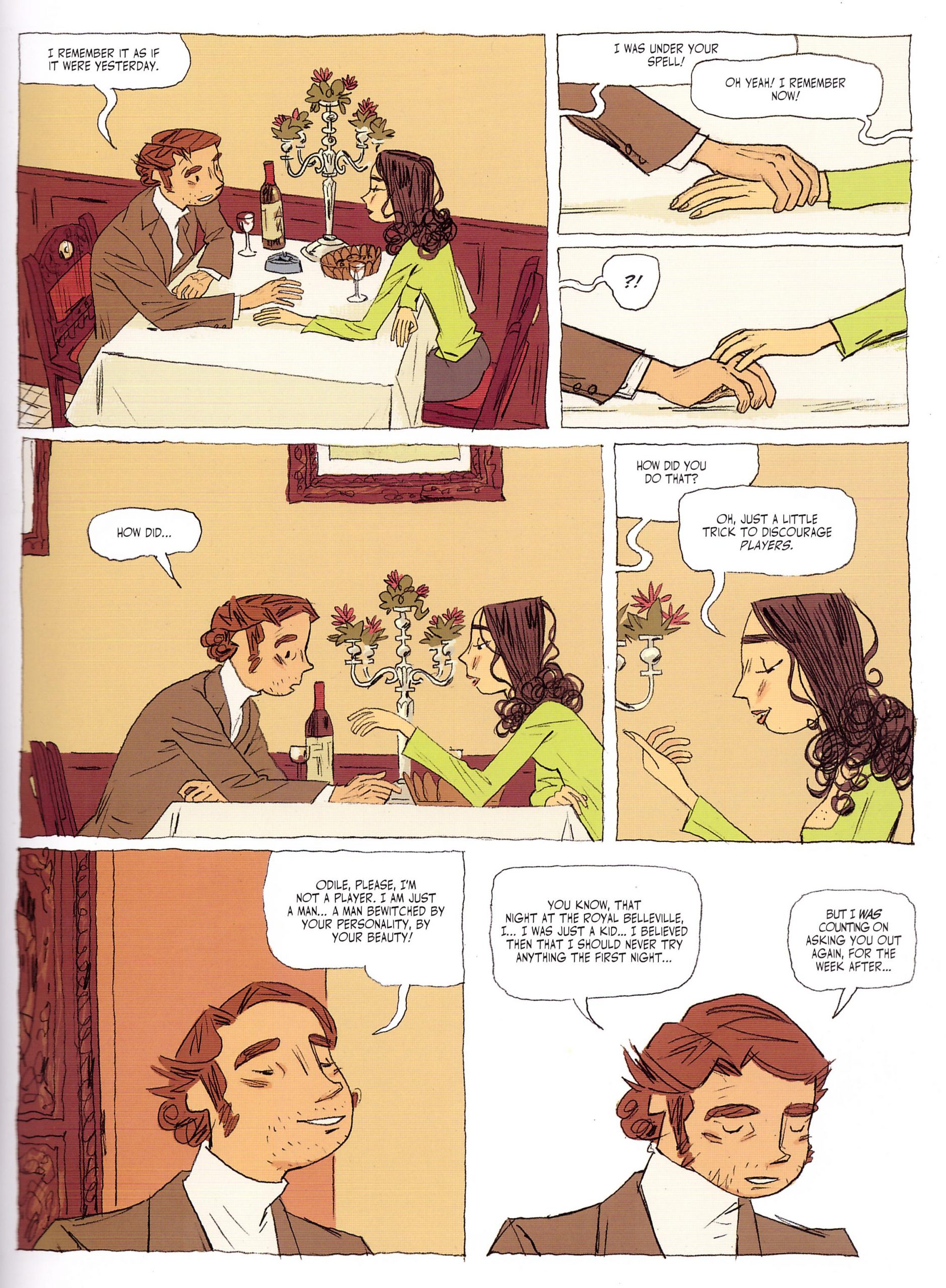 Through the Walls is a delight, and a collection of a type comparatively rare, as instead of central characters it follows a central theme. The title tells you basically what you need to know, that these eight short domestic comedies all feature someone able to become immaterial to a greater or smaller degree. The way they use this ability and the effects it has are as different as the people themselves, as writer Jean-Luc Cornette and artist Stéphane Oiry tour us around their lives.

Both creators have an appealing light touch, and both have an understanding of humanity as they cover a series of very different moods. One story can be light, whimsical and charming, yet followed by something that’s dark and threatening. Almost everyone able to dematerialise resists the temptation to exploit their talent in an overly public manner, treating it as an occasional convenience or a means of altering a desperate situation. It’s an indication of the creative imagination that only a single snooper is featured in eight stories, yet most feature a relationship of some kind.

Oiry’s work is charming. A delicate loose line defines people and structures with equal facility, great whether the underlying emotion is comedy or tragedy, and that style is ideally suited to movement. It creates a realism more ‘realistic’ artists can’t achieve. He also supplies the subtle touches, such as the sample art where at first you don’t quite realise what’s happening.

These stories originally occupied two French albums, and there is narrative continuity of sorts, with one person featured in three stories, a main player in two and part of an ensemble trio in the third, which also returns someone else we’ve previously seen. Strangely, while Corinne’s second appearance is a total shocker in answering a question any reader will have, the final story is the only one in the selection with weaknesses. We don’t know her well, but Corinne’s scruples appear to have been established, and are contradicted for the sake of narrative convenience. Although the story has many nice touches, it’s a messy ending to a selection where everything else has been so tight. An extra joy comes from some stories where Cornette creates a deliberate suspense by not immediately revealing which of the characters can dematerialise.

Overall, Through the Walls is a delight, a graphic novel any adult ought to be able to read and enjoy.