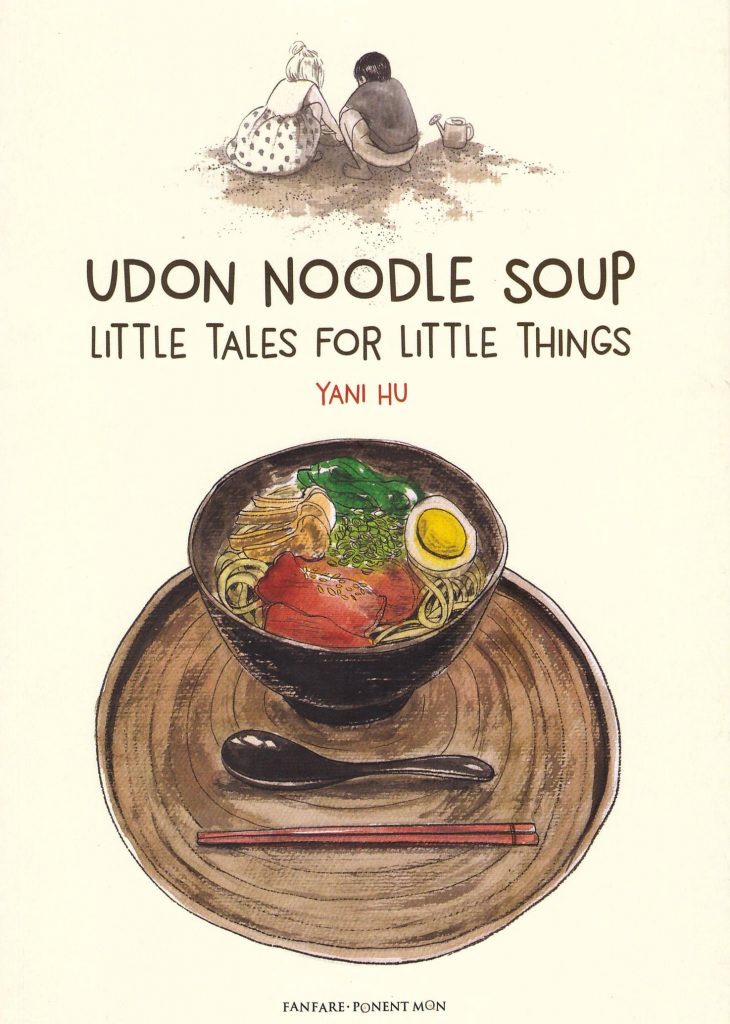 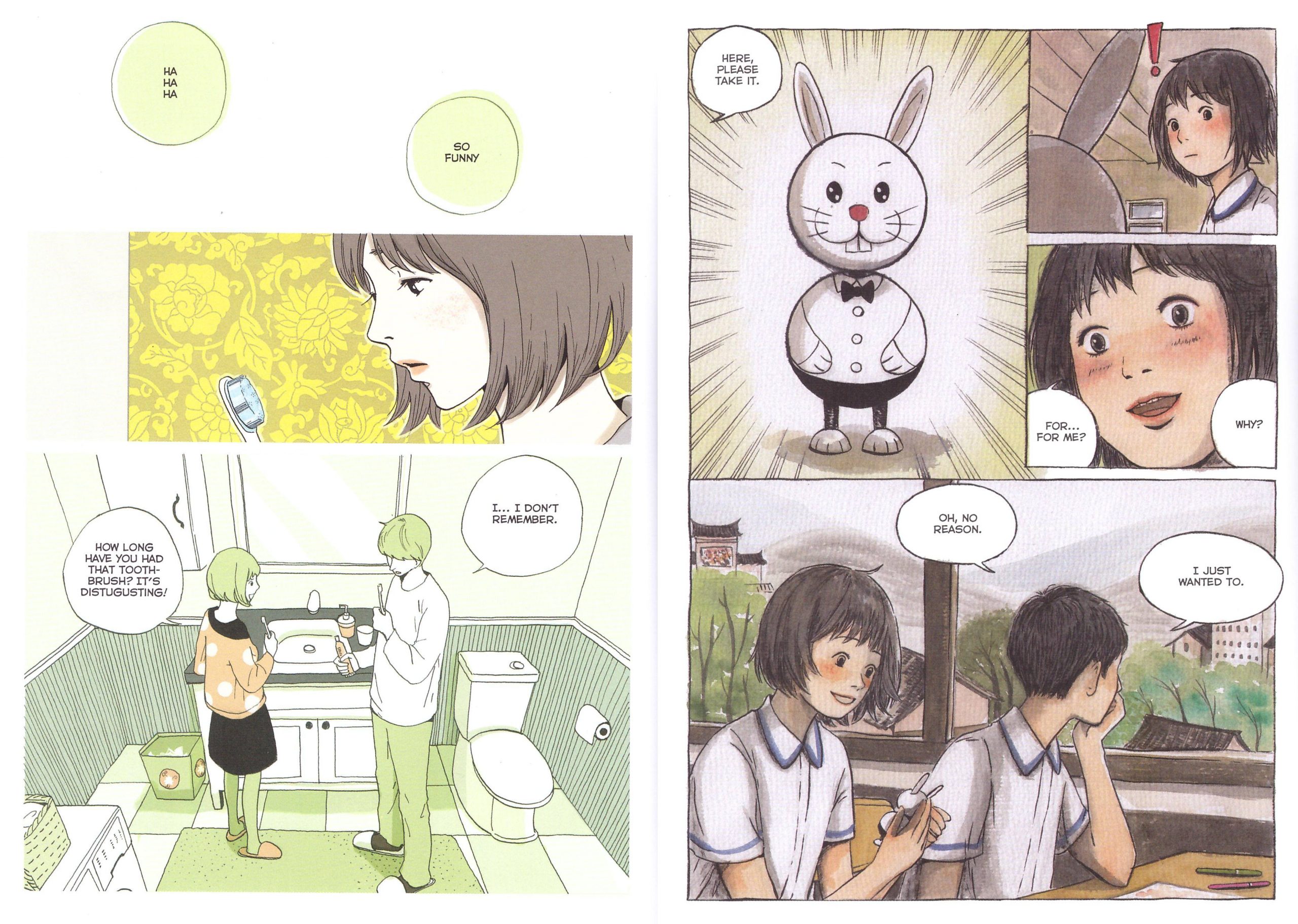 Udon Noodle Soup is a beautiful selection of warm human stories completely undersold by a plain cover. A better representation than the bowl of soup is the smaller cover illustration at the top, of two children playing in the sand, the elegant charm found time and again within.

‘Little Tales for Little Things’ works as a subtitle, but again without really selling Yani Hu’s insightful short stories. They do concern small moments, but the unifying theme is love in all its different forms, acknowledged in just the single story title. A mother’s love for her daughter manifests in the knitted jumpers the daughter won’t wear, a decaying love is perpetuated by a decaying toothbrush, and childhood love is derailed by embarrassment. If she’s not channelling a lifetime of personal regrets into these stories then Hu has an immense emotional empathy, able to hone in on little moments that say so much and form stories around them. Another connecting point is the value of personal gifts into which love has been poured, the smiling rabbit constructed from ping pong balls seen on the sample art being one of them.

Hu’s linework is delicate and accomplished, even stronger at conveying feeling than her plots, with childhood emotions very astutely supplied. Most young children wear their hearts on their sleeves and exaggerate their feelings, something Hu brings across well. She applies thoughtfully shaded watercolour to four stories, and an equally effective flatter processed colour to the other. It’s also pleasing to see the consideration applied to the production, with thick card stock covers featuring internal flaps able to double as page markers. Those won’t be brought into service as you’ll want to read Udon Noodle Soup in the single sitting, ensuring complete immersion in Hu’s imagination.

For all the charm and joy of the plots and art, the dialogue occasionally falls flat when Hu moves away from the strictly necessary. “Listen, even a toothbrush will wither if you don’t care for it any more” represents a strained connection, yet the normal conversations are consistently solid. A later flight into metaphor, picturing the school’s star football player as Apollo, is more believable as representing the unchained glory of first love. It’s the longest story, and despite the metaphor, the least romantic, reality taking precedence, but cleverly, the recognition of that is what sets it apart.

This is a fine collection of joyous human dramas with widespread appeal. One of the cover flaps mentions Hu is now three volumes into a series titled Under Berlin Skies, available in China, but not in English. On the basis of Udon Noodle Soup that needs to be rectified. 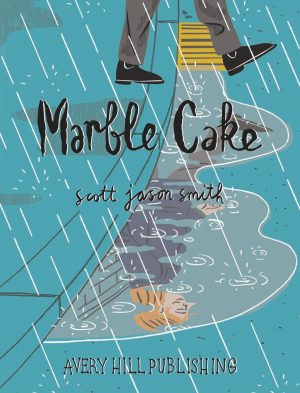