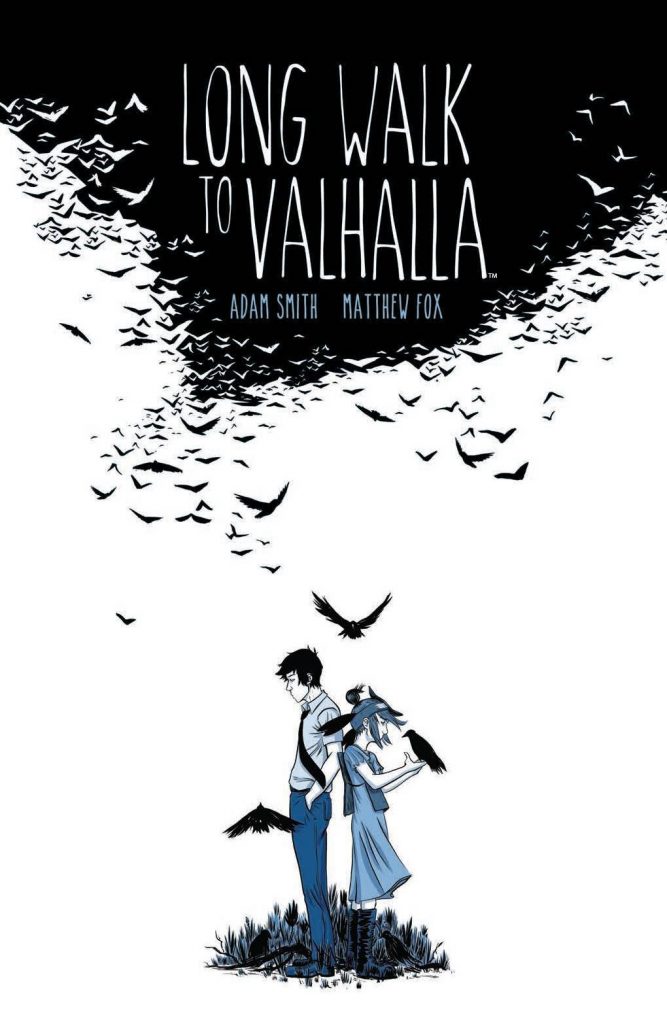 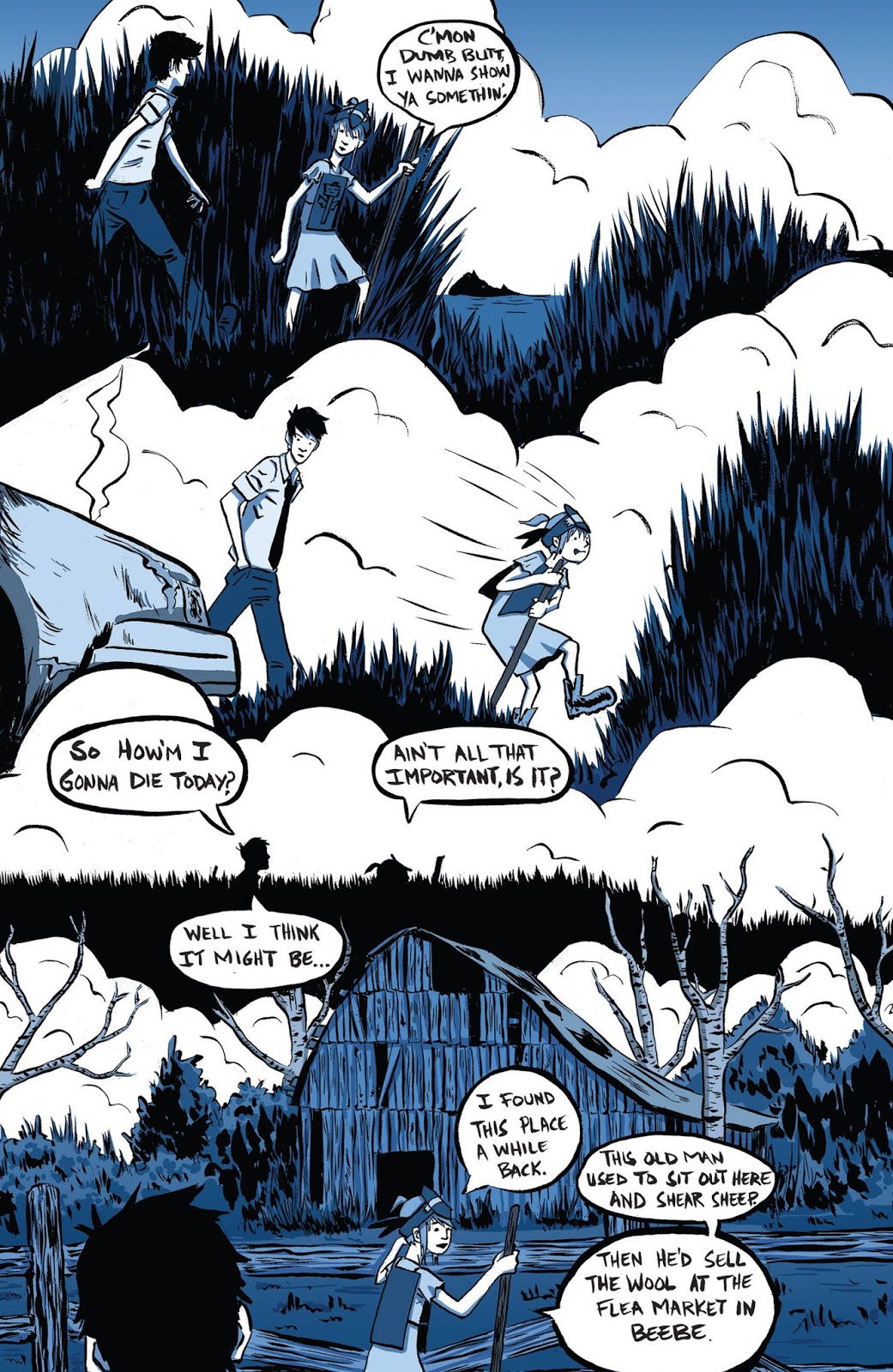 It’s fair to say life hasn’t turned out much like Rory might have expected. He’s skating above the poverty line, driving a car on the verge of a permanent breakdown, can’t afford to buy more minutes for his cellphone and has lived in the same area of Arkansas his entire life. He’s heading home one day when his car gives up the ghost, and that’s when he meets Sylvia, a young girl who claims to be a Valkyrie, and Rory will be the first person she takes to Valhalla, the Norse land of the dead.

For two creators no-one had heard of in 2015, Long Walk to Valhalla is one hell of a graphic novel, intriguing, heartfelt, and with something to say about the human condition. Adam Smith and Matthew Fox are listed as co-creators, with Fox handling the drawing while Smith fills the word balloons with some great homilies: “It ain’t always about the punchin’. That’s the easy stuff. But bein’ a warrior, that’s somethin’ else”. Between them the creators achieve a wonderful evocation of place, both as perceived by most people, and as experienced by Rory’s brother Joe. Fox’s choice of blue as the only colour is surely intended to give a subconscious prod toward the word’s other meaning and through his expressions and storytelling he infuses the story with a constant melancholy.

Much of the story is glimpses into Rory’s past, beginning with his backwoods existence growing up with Joe, largely silent and able to view beyond the human plane, yet considered “retarded” by other kids in the area. Not defining his condition is a simple method of avoiding complications. Both brothers are intimidated by their surly domineering father Dwayne, whose ambition doesn’t extend beyond his next toke or can. There are echoes of The Cone Gatherers or Of Mice and Men about Rory and Joe’s relationship, but with an extra level of emotional tension as we gradually come to believe that Sylvia is what she claims to be, and we’re witnessing Rory’s last hours.

It’s unusual to see this level of stylistic grace in new storytellers, whose inclinations generally result in a greater energy and less experience and understanding of life. Long Walk to Valhalla has the maturity of a life lived, and it’s a graphic novel whose understated observation is more likely to hit the right note with those who’ve lived a life themselves, people who can appreciate a sedate pace and a few pauses for consideration along the way. It’s not quite the perfect story. There’s some faltering and fudging at the end, and Sylvia’s capricious personality may remind people of Neil Gaiman’s Death, but as a first time out it’s a proper swing for the bleachers.