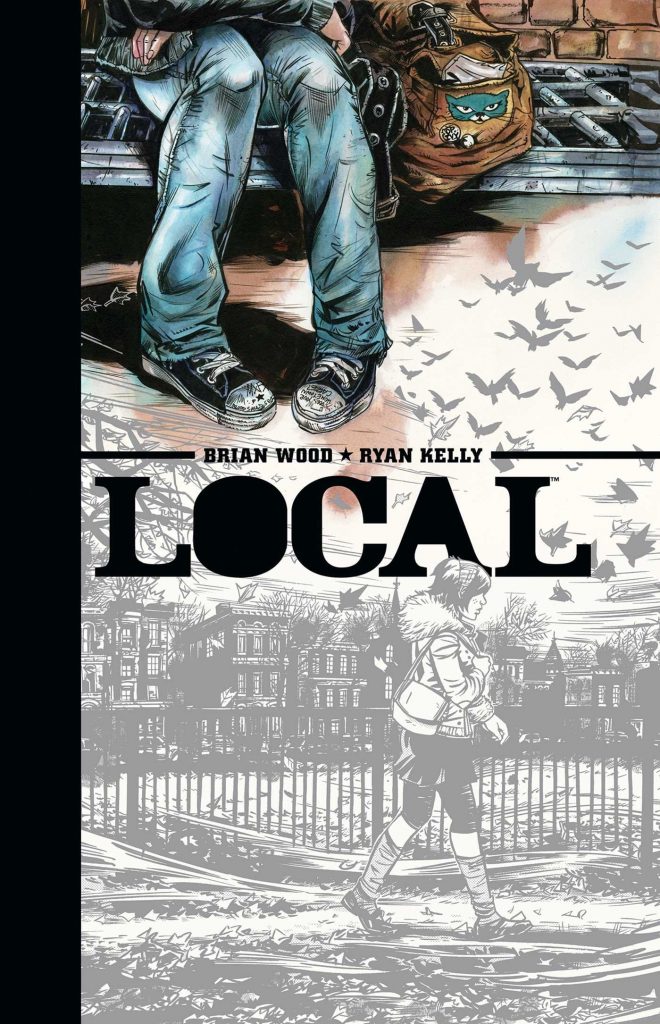 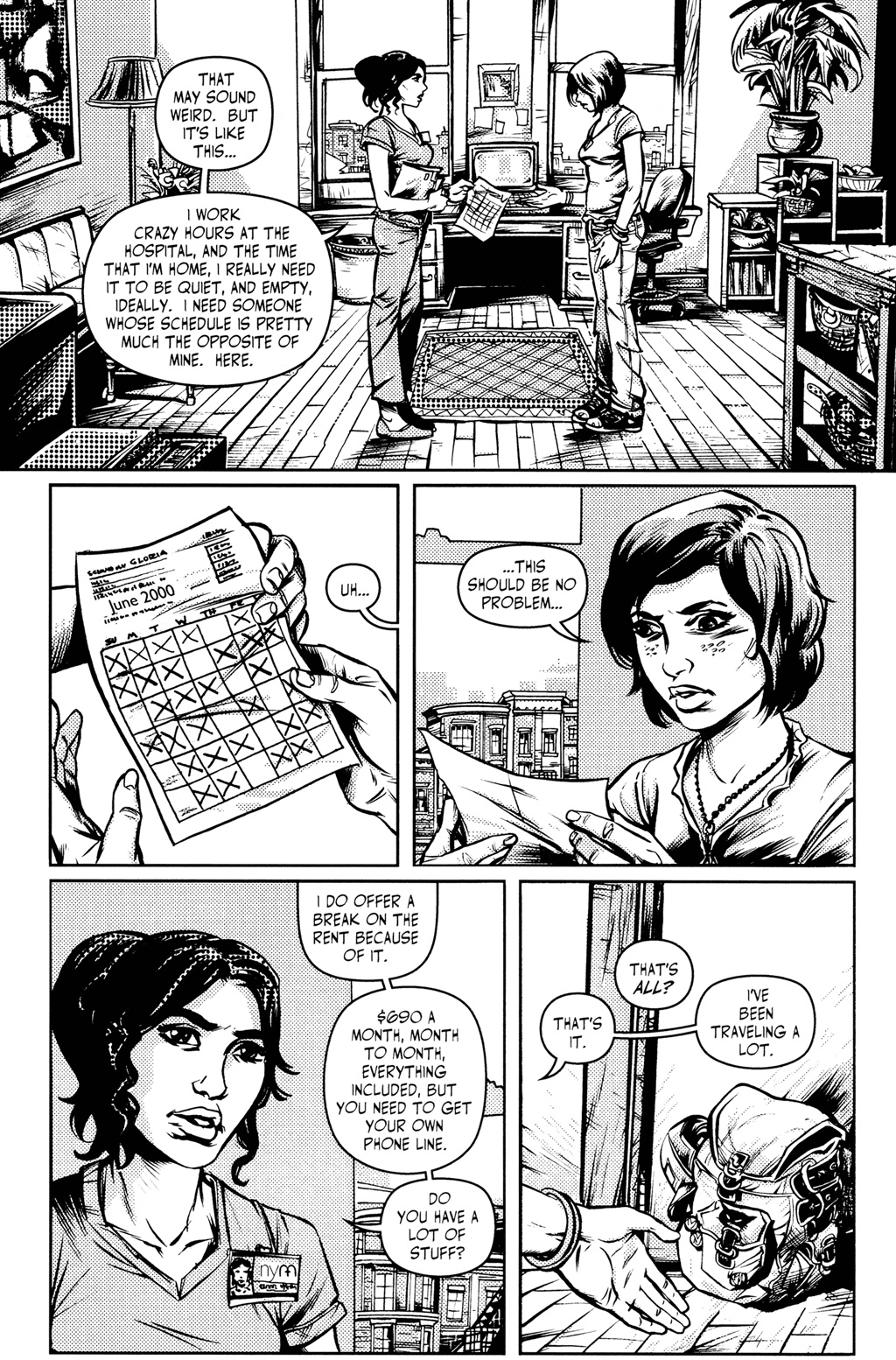 Megan McKeenan begins Local at seventeen and completes it at thirty, by which time she’s lived in a number of cities across North America and changed considerably. She’s the connecting thread between the twelve stories by Brian Wood and Ryan Kelly, but not exclusively the focus, as Wood explores the lives led in smaller communities. At least that’s how Local was pitched, but as becomes apparent by the halfway point, strong characters have a habit of writing their own stories.

An excellent opening tale characterises Local, without entirely removing it far from Stray Bullets, which was surely a conceptual influence. Megan has a desperate, substance addicted boyfriend who wants her to pick up a prescription from a chemist, one written on a stolen prescription book. We see Megan playing out assorted outcomes, few positive, before deciding her best course of action. It’s simple, and extremely effective.

The stories are loose, funny, sharply observed, cover a range of topics, the genres vary, and once the crime stories evaporate so do the comparisons with Stray Bullets. Over three consecutive early chapters we’re presented with a band returning to their home town after breaking up, a combative fraternal relationship, and how Megan processes events of that previous story. Wood has a good ear for dialogue and a knack for creating drama and suspense from ostensibly very little. A seat-squirmingly awkward tale concerns Megan moving in with a woman who’s seemingly OCD. She irritates Megan, who doesn’t handle the situation well by any standards, and the tension keeps building and building. It’s a fantastic piece of personality development and of suspense.

As seen in New York Four, Ryan Kelly’s superb at inviting readers into a location, and it takes more than reference photos to achieve that. People visibly live in his settings, and there’s always evidence in the detail displaying the thought applied. An example is the band poster seen fleetingly during Megan’s time in Nova Scotia. All the stories have a strong emotional undercurrent, varied and several intense, and wouldn’t work if Kelly couldn’t ensure the cast express those emotions, and he’s confident enough to present full face shots at pivotal moments. The thought applied to the backgrounds actually prompts a good story Kelly conceived for the penultimate chapter.

Most of Local isn’t a happy read, but what Wood does extremely well is dig deep to show why people are the way they are, that someone being a dick wasn’t just born that way. By constantly returning to Megan, though, Wood offers some hope, that things can turn around, and that by a certain stage of your life who you are is what you make yourself. When originally conceived as serialised comics, Megan was to play a much smaller part, but in the end there are only three stories in which she doesn’t have a significant role. It’s not always a large role, but one that’s fundamental.

For most of his career Wood’s been at his best when delving into individual character, but the dictates of the comics business usually require this to be as part of a bigger picture. Local is purer, and a greater creative success than most high profile projects Wood’s worked on. The twelve dramas it presents are strong and memorable.