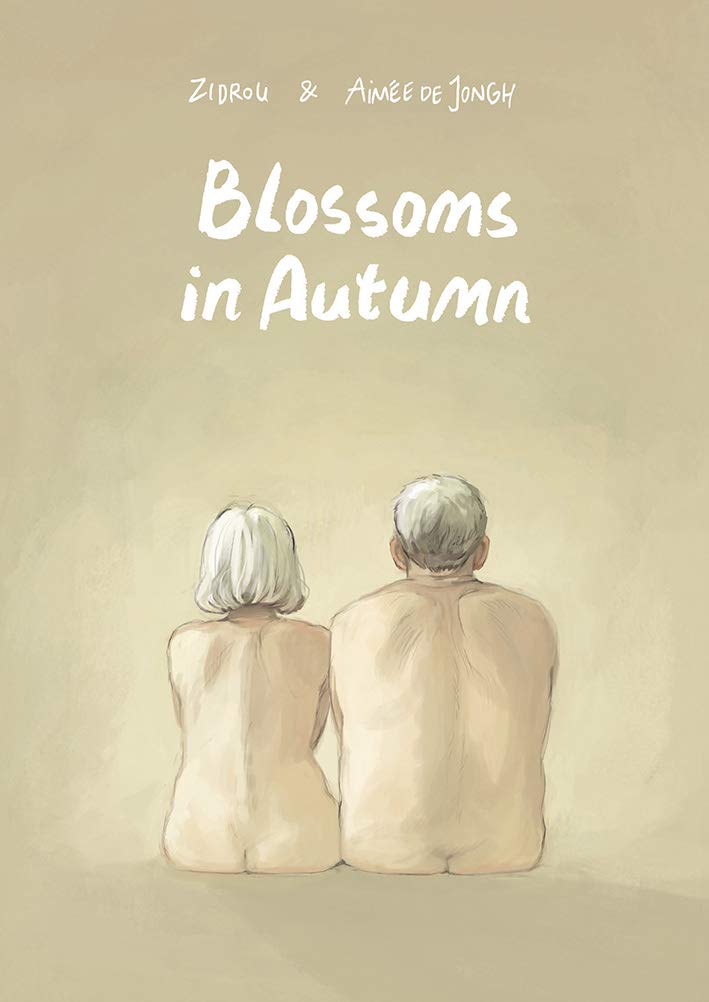 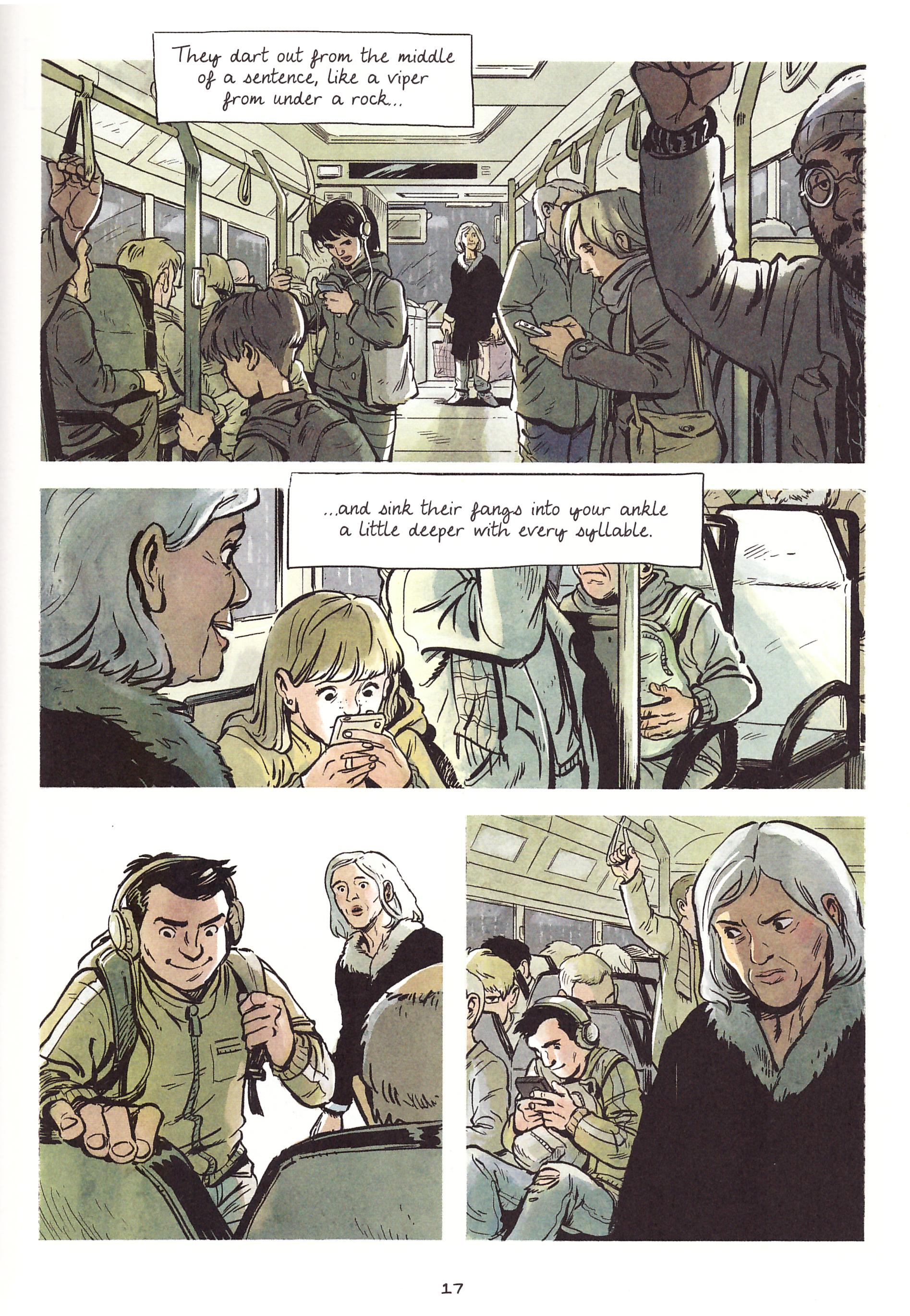 Ageing is a topic very rarely considered in comic form, which is strange, as numerous respected creators have passed their sixtieth birthday so it could be presumed a matter of interest. Writer Zidrou (Benoit Drousie) hadn’t reached that milestone when writing Blossoms in Autumn, but was certainly close enough to give it some consideration, while artist Aimée de Jongh is a couple of decades his junior. She’s understanding enough, however, to illustrate this autumn romance with some joy and sensitivity.

Mediterranea has spent considerable time away from her cheese shop nursing her mother through her dying days, and Ulysses has been made redundant from the small removal firm where he’s worked for years. Both are acutely aware that life is passing them by, and Zidrou himself is aware enough of age to include some lovely touches. Mediterranea was a glamour model in the 1970s, and after hearing about this Ulysses searches out her cover portfolio. This is contrasted with Mediterranea examining herself in the present day, well illustrated by de Jongh, as she considers how the body betrays a person as they age. It does so again shortly afterwards in another nice scene. The parade of nice scenes coalesces into a fine drama lacking pretence or pretension.

De Jongh’s contribution is immense, her figurative poses indicating time well spent in life drawing classes, especially relevant during four well placed pages of progressively sketchier studies. She reinforces the central theme by dropping in visually symbolic representations of age to complement Zidrou’s metaphor of the maturity cheese requires to reach its peak, and everyone is distinct. This is important as it’s a rare character who’s only seen once.

Minor quibbles aside – the contrived names for starters – Blossoms in Autumn is a satisfyingly warm romantic drama. The underlying sadness relevant to both characters never usurps the predominant charm and sentimentality, achieved without crossing a line into formulaic melodrama. You’ll come to love Mediterranea and Ulysses, and you’ll begin to fear for an inevitable conclusion to their story, but Zidrou throws one hell of a curveball into that prediction. It’s the kind of drama that no longer seems to have a place in the UK, needing no accompanying crime or social commentary to define people. That alone is notable, but it also engages from start to end.