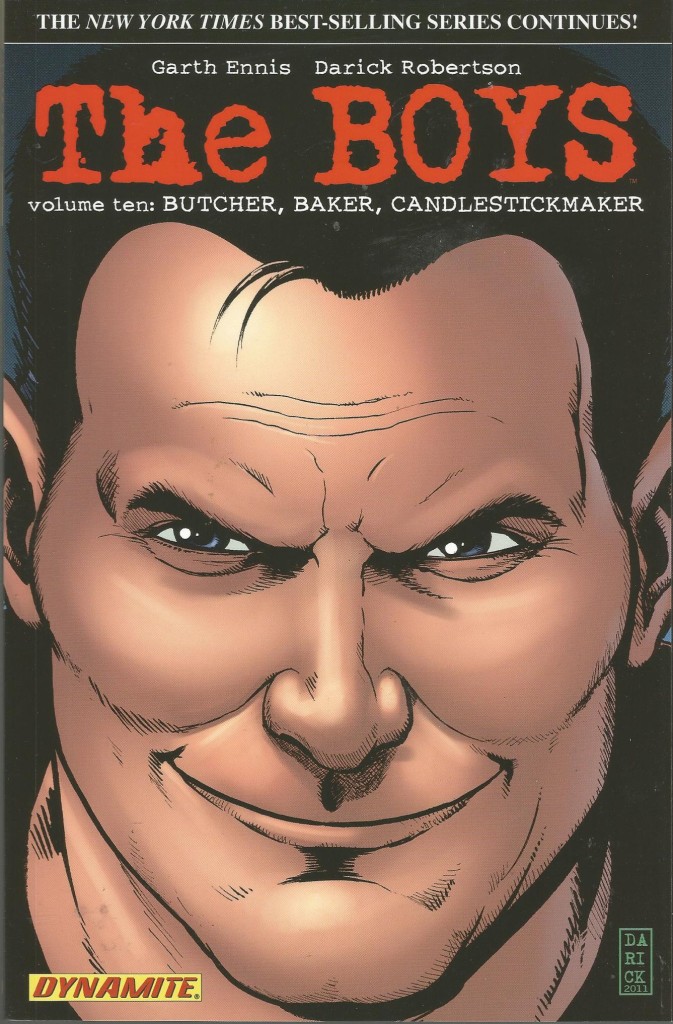 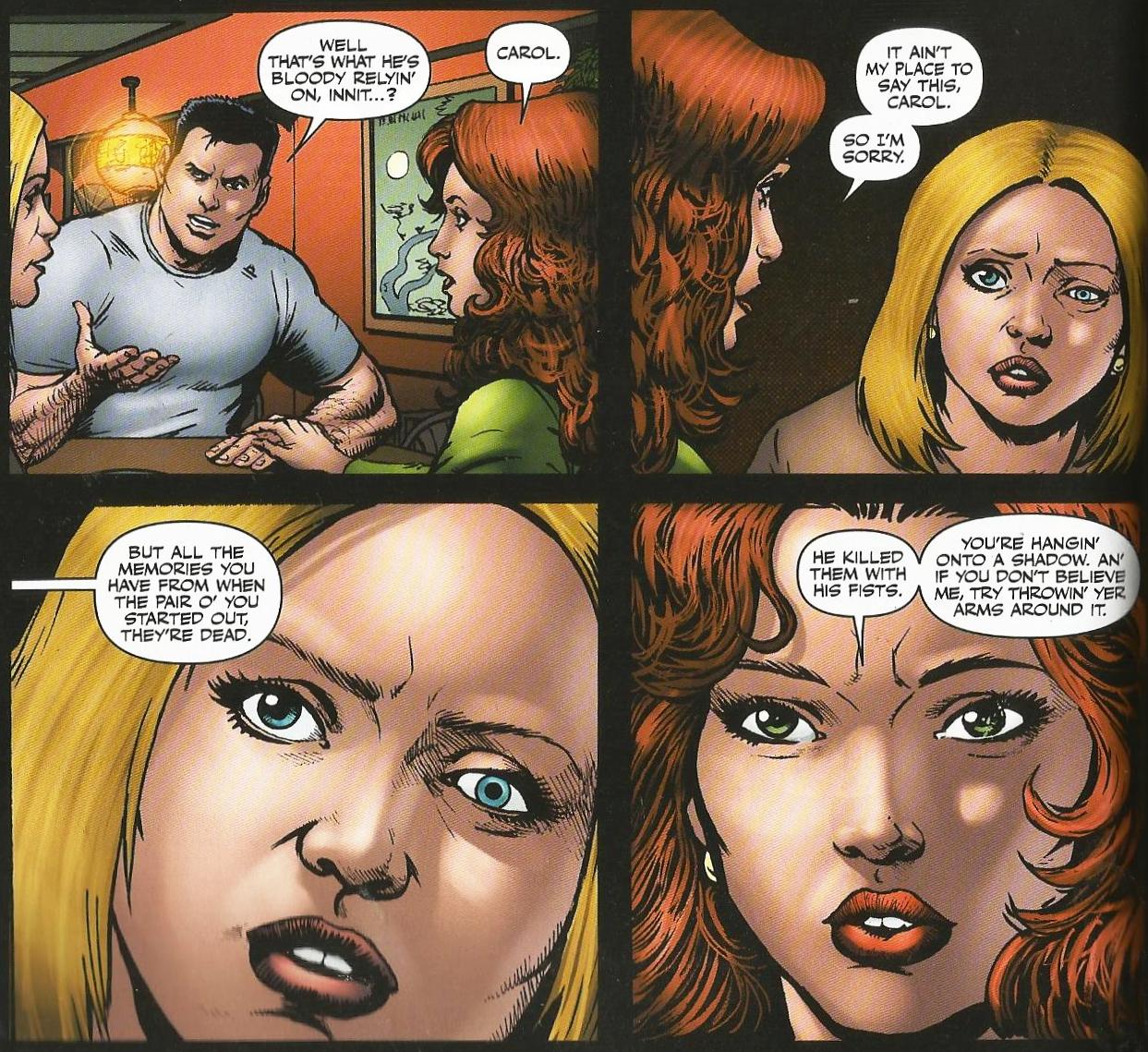 This volume of the Boys collects a stand-alone series, outside the monthly title’s regular numbering, for which original illustrator Darick Robertson returned. Robertson and series writer Garth Ennis bring us the history of Billy Butcher, the leader of the Boys. Only hinted at before, Billy’s story is told without sentimentality or rancour, the slow unfolding of a boy and his growth into a monster.

But for the accidental discovery of a woman who makes him aspire to better. That’s a horrible, overused cliche, but Ennis and Robertson combine to make Becky Saunders, soon to be Mrs. Butcher, a believable figure, sweet and astute, assertive without anger, and a person you would genuinely feel pleasure in meeting. Her effect on Butcher and his family makes the reader regret their foreknowledge of events.

Because Becky’s fate is well-known, having been mentioned in the early volumes of this series as Butcher’s motivation for leading the Boys down their path of gleeful bloodshed and dismemberment. Becky was raped by a ‘Supe’, and died, a few months later, when the superhuman foetus ripped its way out of her all-too-human body. We, the readers, know this, we’ve known it all along, but the skill of Ennis is that he makes us wish, with all that foreknowledge, that we could steer the narrative in another direction, and avoid that ending for her.

We don’t. The ‘blank chick’ syndrome – the use of a female character’s suffering or death to motivate the hero – is normally one of the more despicable tropes in contemporary fiction, but the tragedy of Becky Saunders Butcher is also the tragedy of Billy. Rather than a simple-minded ‘vow of revenge’ so popular with lesser writers, Ennis describes succinctly yet powerfully how her death, and the manner of her death, destroy Billy’s world, and removes his only chance for redemption. Because without her influence, there’s no turning away from the smiling, affable monster that he was on the way to becoming. And now, that’s a prospect he welcomes with open arms.

It’s funny and horrifying, and grotesque and heartrending, and Robertson rises to the challenge, producing his most nuanced work since the series’ inception.

The continuing story of the Boys resumes with Over the Hill With the Swords of a Thousand Men, as the series heads into its final act, and the downhill train-wreck gathers speed…