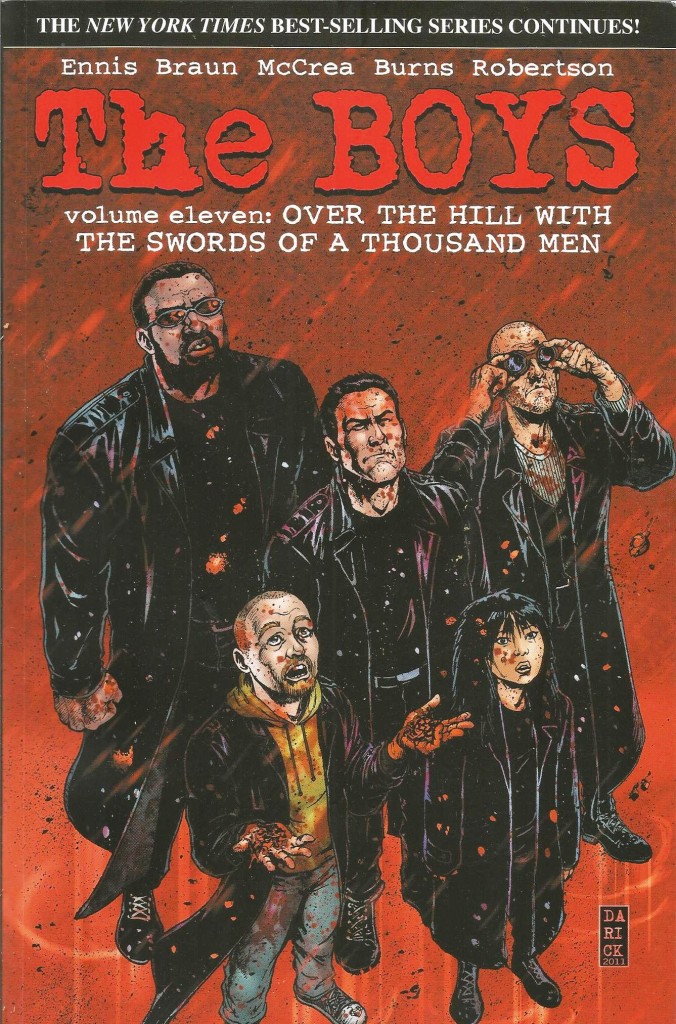 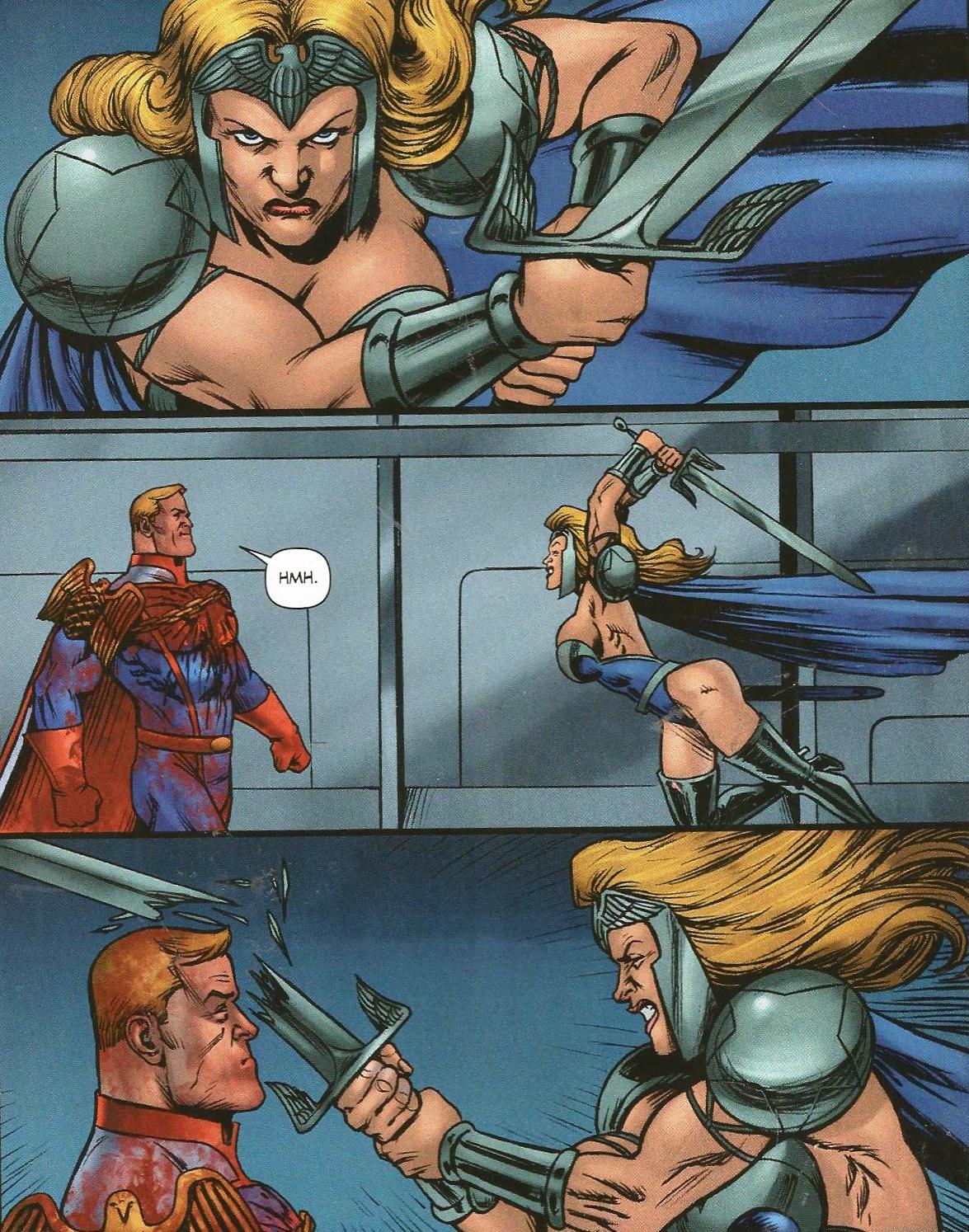 As we open this volume, Butcher, the leader of the Boys, is getting over the loss of a comrade in arms following the events of The Big Ride. Meanwhile Hughie, another member of the CIA-sponsored group designed to keep the venal and narcissistic super-beings – or ‘Supes’ – in line, is stumbling through the wreckage of his relationship with Annie January. She is also, he recently discovered, a ‘Supe’ herself: Starlight, member of the Seven, the premier league super-team.

Homelander, leader of the Seven, is consolidating his plans to bring about a ‘Supe Coup’, and effectively take control of the United States, but Vought-American, the corporation funding and sponsoring the superhumans, is contemplating a less bloody and less gaudy path to domination. Key player in this is the remarkably cold-blooded James Stillwell, who seems to be almost imperceptibly softening towards his new second-in-command, Jess Bradley, as he depends more upon her judgement and ideas.

From what in the early days appeared to be a clever parody engaging easy targets with a gloss of trendy violence, The Boys escalated to a complex and layered tale with multifaceted and compelling characters, engaging the intellect and the emotions alike.

That isn’t to say there’s not still room for ample snark. Ennis takes a passing swipe at the Image-model of cybernetic super-twats for a few pages, before moving on to a rather more pointed gouge at the New Teen Titans, but such pleasantries are diversions from the main meat of the narrative, which is the progressive erosion of the illusions of Hughie, our P.O.V. character, and the merciless triage of cast members who’ve served their dramatic purpose.  Starlight’s attempt to walk out on the Seven results in another death – one widely regretted –  and Hughie’s own unsatisfactory ‘closure’ to one of his traumas brings the Seven down, by mid-book, to the Four.

The climax of the volume, though, is the Homelander’s plans coming to fruition, but with a turn of events that surprises even him, as the Homelander make a very personal discovery.

Illustrator Russ Braun has, by this point, polished his already considerable skills to create a tense continuity with restraint – an odd term in the context of excessive slaughter, but nonetheless, there it is. There’s nothing unnecessary, nothing wasted. Even the hideous carnage is precise and calculated, and in moments of revelation or despair Braun conveys so much with the character’s expressions that dialogue would be redundant. John McCrea steps in for a few pages during the big battle scenes, but despite McCrea’s sterling work in previous volumes, he’s incidental here; artistically, it’s Braun for the gold.

By the book’s end, Billy Butcher should be at peace.  Despite having seemingly accomplished everything he set out to do when he joined the Boys, he’s still got a mission to finish. And he’s stopped smiling.

These are only the highlights of a crammed volume which sees most of our cast tripped up by shocks and revelations – many of them fatal – as Ennis sets the scene for his final act. At this stage, there are almost no extras or bonuses. We’re shown inked sketches for the individual issues’ covers, as chapter dividers, but that’s it. And it’s just as well, as superfluous matter would detract from the pace of the storytelling.

And by now, we do NOT want to be delayed…

It all concludes in The Bloody Doors Off.