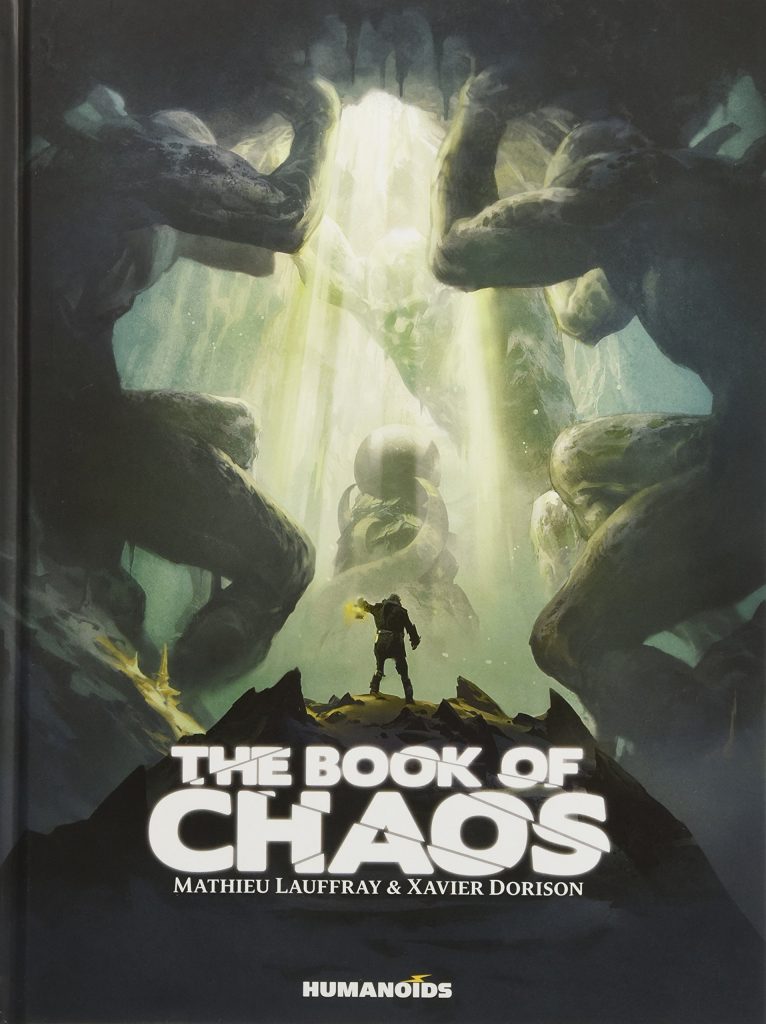 A terrifying series of captions on the opening page are excellent in conveying the deranged mind of Jack Stanton, who casually notes the death of two colleagues during a Himalayan mission as a sidebar to what he considers a monumental discovery. This is a site carved into granite on a scale impossible for humans, sixteen thousand feet above sea level and dating from at least eight thousand years ago, when human use of tools was in its infancy. It’s a discovery to question the origins of humanity and who might have occupied the planet alongside the earliest humans.

If the opening captions didn’t do the job, Stanton is established as an arrogant and unlikeable man, single minded in pursuit of destiny, but soon removed a considerable distance from his comfort zone to a place of devastation and strange creatures. Once his new horizons have been cemented, Stanton’s life takes a very different turn. He’s considered to be the Prophet, the title under which this series appeared in French, and destined to find the person who’ll save humanity, a role he’s extremely reluctant to undertake.

Xavier Dorison is cover credited for conceiving the plot along with Mathieu Lauffray, but it’s Lauffray who does most of the work, drawing The Book of Chaos and providing the original French script. Lauffray combines a very loose style of art, packing the panels onto a page, then occasionally defying expectation with the likes of a superb spread showing a giant cargo ship forced through the brickwork of New York’s skyscrapers. However, as impressive as the art might be in places, the story is extremely dry, a form of horrific quest during which the odious Stanton comes to realise there’s more to the world than his needs via a succession of appalling events. The suspense is artificially stimulated by throwing one unforeseen desperate danger after another in Jack’s direction, and after a while the repetition just becomes boring. Worse than that, if any thought is applied to the plot it falls apart. Take that opening sequence in the Himalayas, which isn’t the only example. One person went there with a pretty good idea the site existed, what it was for, and what would happen if it were visited, yet visited anyway with a foolhardy companion to which they’d revealed none of the above. How convenient for the following two hundred pages. Further dismay occurs at the amount of times Lauffray resorts to the “oh, it was a dream” scenario.

Having established the new world at length, Lauffray then returns to the old to recap in greater detail what happened in the opening chapter for no reason explained here, making it seem the purpose is to fill a few pages as the finale approaches. Actually, there was a reason, which was Lauffray taking a seven year sabbatical between what were originally the third and fourth volumes of this combined edition, but it still reads poorly here.

This oversized deluxe hardcover is the only English language print version available as of 2018. It does full justice to Lauffray’s art, but you’re really going to have to love that to get your money’s worth as the story has barely a shred of originality and is padded beyond belief.